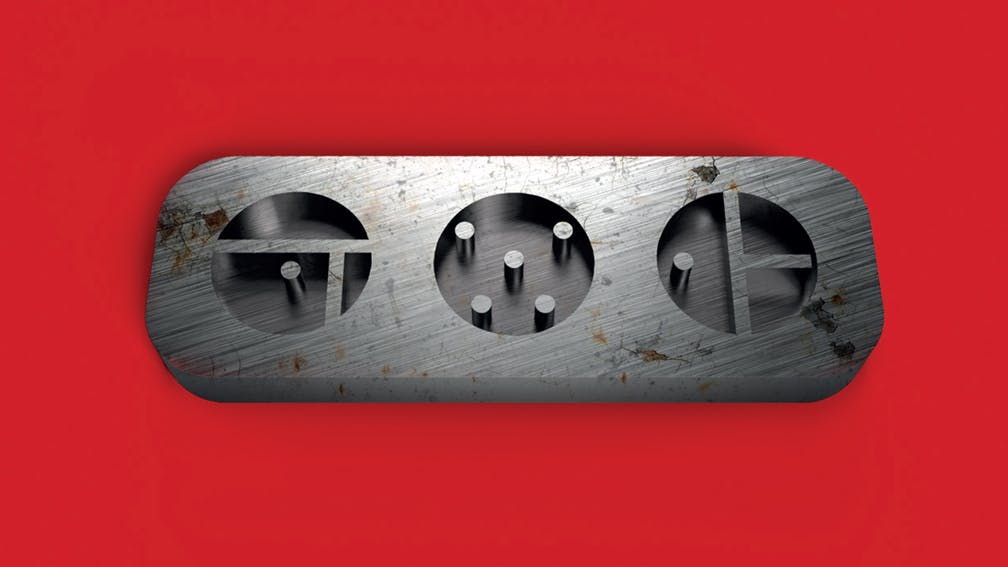 The great shame when LostAlone split in 2014 was that we were losing a band uniquely brilliant. Somehow appearing both entirely self-aware and almost naive at the same time, their dedication to rock's most OTT impulses were matched by these three Derbyshire nerds' innate, genius ability to pull it all together in an explosion of Queen-ish pageantry, apparently without realising how larger than life they actually were – a band of the purest dreams and rock fantasies, unsullied by pretension and conceit. It's like they watched the end of Bill & Ted's Bogus Journey and went: "Yeah, that".

Mainman Steven Battelle often looked like a man who, having perfected things in front of a mirror with a tennis racquet, had picked up the coolest-looking guitar he could find and continued in the same vein. Helpfully, he is also one of the greatest songwriters of his time. Hayley Williams thought so. And My Chemical Romance. Both of whom took LostAlone on UK arena tours. You can imagine how readily they lived the dream on Wembley's stage.

Their return could not have been more gloriously LostAlone. Almost immediately returning to stadia this summer at the invitation of My Chem, if this was a film this would be the glorious, obvious happy ending. Even with its cynical edge – the title, a song called Time Goes Fast When You’re Having Fun (So For A Long Life You Best Have None), lines like 'I’m a coliseum full of broken wheels / Just cursed to break down' – the joy of The Warring Twenties is a self-evident one.

Everything is massive and in the red. The melodies are tidal waves, the vocals lines layered beyond what would be reasonable because it's the only way to do it. Every guitar solo is someone telling Brian May what he should be doing if he'd just stop holding back and being so damn meek. The lead guitar on Time Goes Fast... is of the sparks-on-the-neck variety, while the fuzz Steven employs during the heavy moments is so fat a doctor would tell you to avoid it. It's Rock'N'Roll Fantasy Camp hosted by three people who in a more just world would be playing Wembley Stadium three nights a week. In their minds, they already are.

LostAlone's return is not just welcome but timely. Listening to The Warring Twenties, it's clear that for LostAlone the world makes no sense unless you're doing LostAlone. Living in the warring twenties, we're going to need bands like them. Just as Def Leppard, The Human League and The Undertones created worlds vastly different and more glamorously fun than the surroundings in which they were composed, for the next little bit of time we're going to need dreamers to help us escape. Helpfully, LostAlone are here with flaming guitars, the biggest shades you've ever seen, and a fistful of tickets to Paradise. Welcome back. Not a moment too soon.

For fans of: Queen, Muse, My Chemical Romance

The Warring Twenties is released on September 30 via Dharma

READ THIS: The 8 best covers performed by My Chemical Romance