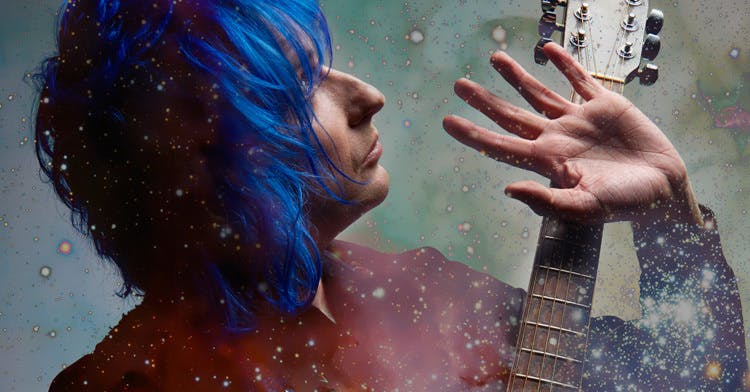 You’ve already heard Steven Battelle’s amazing new single The Jump, but now you can watch it, too! Yes, the ex-LostAlone maverick has just unveiled the official video for it – and it’s suitably psychedelic. The track is the first song from Steven’s debut solo album Exit Brain Left which is due out later this year.

Speaking about the track exclusively to Kerrang!, Steven says: “The Jump is a fairytale within a dream of facts, a coming to terms with a realisation that the future is happening and tomorrow is what you make it, not what some pre determined destiny deals out to you. Its both a break up with certainty and a leap into the unknown. Having lived in a constant state of Christmas eve, its now Christmas day….forever”

You can watch the video for The Jump below, and don’t forget to leave us your comments!

Want more even Battelle action!? You can relive the time he went to Bloodstock below!