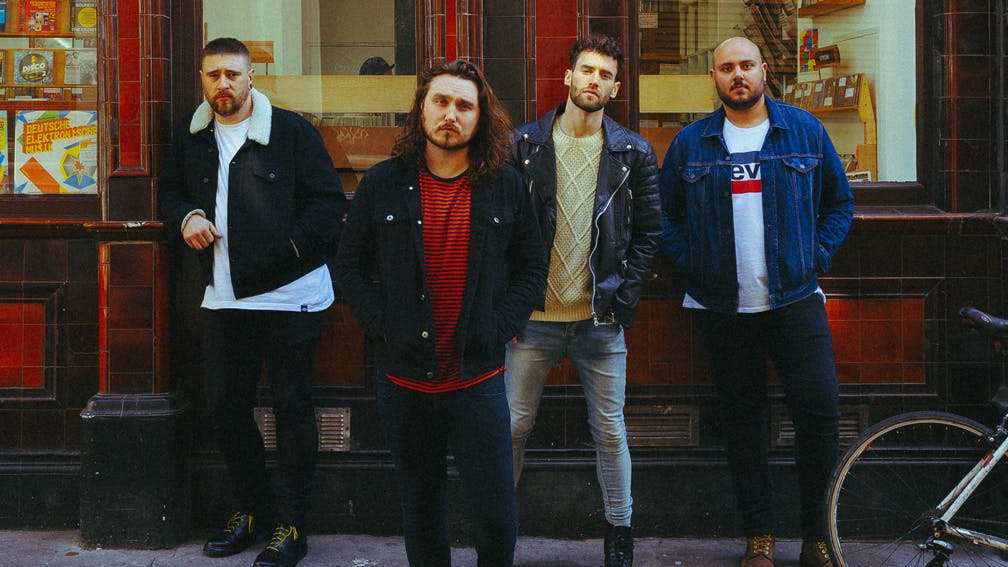 Mallory Knox might be named after Juliette Lewis’ murderess in Natural Born Killers, but they’ve always lacked a proper deadly instinct. Might circumstance, however, force a change on album number four? Well, yes and no.

When Mikey Chapman walked out on Valentine’s Day 2018, it forced the remaining members’ backs against the wall. For their next chapter, they’ve closed ranks, promoting bassist Sam Douglas on to mic duty from within, and ample time was taken to deliver a definitive statement with this self-titled next step. Promises were made of songwriting unshackled and a band unleashed. But rather than a last-ditch attack, the band have dug in their heels here.

‘I know I’m not as young / Stopped playing games for fun’, intones Sam on White Lies, and indeed, there’s a sense of stony survivalism in their sticking with the tried and tested. On one hand, these are the things that made fans fall in love with this band: the endearing honesty, the absence of posturing pretence, the sheer suburban relatability of the tales they tell. On the other, they play it incredibly safe when they had an open opportunity to shed some skin and grow a bit. Doubts are raised as anaemic opener Psycho Killer sends out its ‘70s flourishes with a sense of disjointedness. The aforementioned White Lies, too, aims for the effortless cool of Arctic Monkeys, but ultimately lacks the courage of its leather-jacketed convictions.

Then, suddenly, The World I Know kicks things into gear. ‘This could be my last chance to let it all out,’ spew Sam’s daringly confrontational, clearly topical lyrics, ‘Ten years up and down, now I’m riddled with doubt / I’ve said a lot of things but through somebody else / My puppet on my strings / But he wanted out’. Next, Livewire feels like another step up, as a striking riff and blue-collar introspection stir the senses, before Wherever drops us into a whirlpool of kicking riffs, existential angst and self-loathing with a blunt, ‘Gone are the days that I’ll never forget / How can it get any better?’

Mallory Knox cling to a core that isn’t particularly heavy or explosive, of course, and there are a few duff notes to be found (the mawkish romance of Heartbreak Lover feels absolutely stock), but from the quirky retro-rock of Freaks to Fine Lines’ seething resentment, most shots here hit their mark. But it’s purposefully titled, barn-burning closer Guts that provides the albums biggest thrill and best moment. A fast-paced, hard-hitting parting gift that recalls The Subways and Ash, it’s 139 seconds of sheer glee, bursting with heavyweight promise. The thing is, you can’t help but wonder why they damped such fire on the 11 tracks leading to this point, summing up just how this album asks more questions about the new look Mallory Knox than it provides answers.