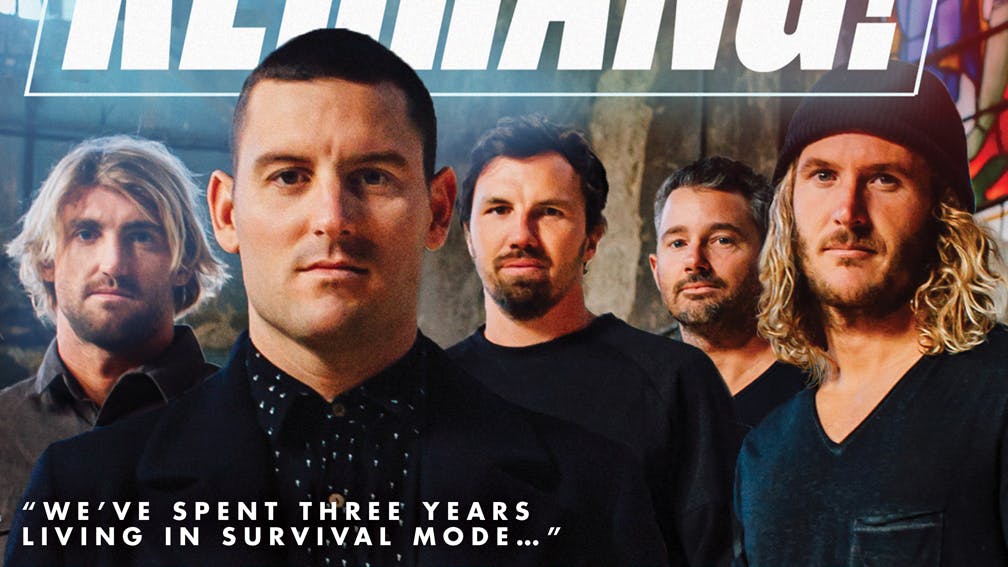 Winston McCall isn't exaggerating when he says that the past three years have been the worst of Parkway Drive's lives. But as the world began to fall apart around them, new album Reverence – and their unbreakable, brotherly bond – soon became the only things that could pull them through…

We've also collaborated with Kentaro Yoshida and the band to bring you an exclusive, never-before-seen Parkway print.

Elsewhere in the mag, Biffy Clyro walk us through their new MTV Unplugged acoustic record, Dinosaur Jr.'s J Mascis gets put through a career-spanning interview, Cancer Bats go inside their surprise new album The Spark That Moves, Frank Turner lifts the lid on the music that has soundtracked his life, and Movements frontman Patrick Miranda opens up about his struggles with mental health.

In the reviews section, Norwegian black metal pioneer Ihsahn invites you into his prog-tastic domain on his expertly-forged solo album, while Billie Joe Armstrong's side-band The Longshot unveil their debut full-length. On top of that, Code Orange take on the Toon at an intimate show, Welsh post-hardcore crew Casey hit a cathartic high in London, and Mallory Knox enjoy their rebirth as a quartet.

The new issue of Kerrang! is available anywhere in the world when you order online through Newsstand. But for UK residents, it hits the shops on Wednesday, April 25 from all good newsagents.