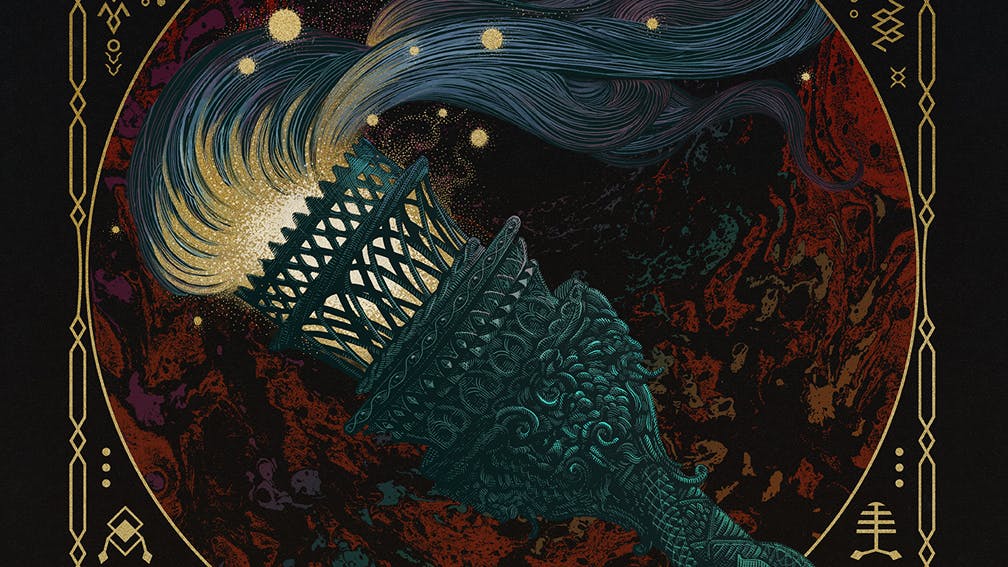 When Mastodon invite you to go deep, you best bring an extra supply of oxygen. Given the place the Atlanta behemoth came from, a primeval, subterranean metal underworld, the prospect of plummeting even further within is almost enough to bring on a dose of the bends.

Since their emergence at the start of the century, Mastodon have shown that brain-twisting heaviness doesn’t have to be dull-edged, and that it can even be a thing of spinning delight. This oddball compilation brings together rarities, covers and live tracks from throughout their career. And rather than adhering to anything so obvious as chronology it becomes a seemingly random, yet highly effective, stampede – but that’s Mastodon to the core.

Most fans will have heard Fallen Torches, the album’s sole new recording and a heroic attempt to salvage 2020 via monolithic riffs and an outro thunderous enough to crack planets. It features guest vocals from Neurosis’ Scott Kelly plus a rocket of a chorus sung by multi-talented drummer Brann Dailor, still the only member of Mastodon you could introduce to your mum. Then the hirsute quartet chuck us into A Commotion, one half of an unlikely split single they shared with Canadian indie singer Feist in 2012 (she covered Black Tongue, equally inconceivably). Mastodon inject the relatively spindly original with a sinister punk metal edge that’s off kilter and immediate at the same time.

The band’s cover of A Spoonful Weighs A Ton, originally recorded by alt.rock veterans The Flaming Lips, is another enjoyably weird interpretation. More faithful by far is their note perfect rendition of Orion, created for the Kerrang! tribute album celebrating the 20th anniversary of Metallica's iconic Master Of Puppets back in 2006. That’s a relatively brief aside from the madness, with Atlanta, their batshit crazy collaboration with Butthole Surfers’ Gibby Haynes, riding high among the latter.

Five live tracks are featured, including a 2006 rendition of Circle of Cysquatch, a galloping slice of bonkers, which along with Crystal Skull’s raging metal reminds us to leave expectations in the cloakroom. For the time being, these are nostalgic reminders that each gig this interstellar outfit performed was an exercise in cosmic heaviness, dragging audiences into black holes of power.

Their mellower side, meanwhile, is ably demonstrated by White Walker, also featured here, a one-off inspired by the band’s appearance as ‘wildlings’ in Game Of Thrones. The itinerary is completed by a bunch of instrumental versions of album tracks – less interesting, but not without merit. Jaguar God, from most recent album Emperor Of Sand, seems even more capacious and epic with the vocals removed.

There’s little to link the various tracks on this eclectic collection, nothing to make it a coherent whole, but it certainly underlines the band’s extraordinary ability to shape-shift. Mastodon have changed over the years, but Medium Rarities proves they have always operated in a dimension that isn’t entirely earthbound.