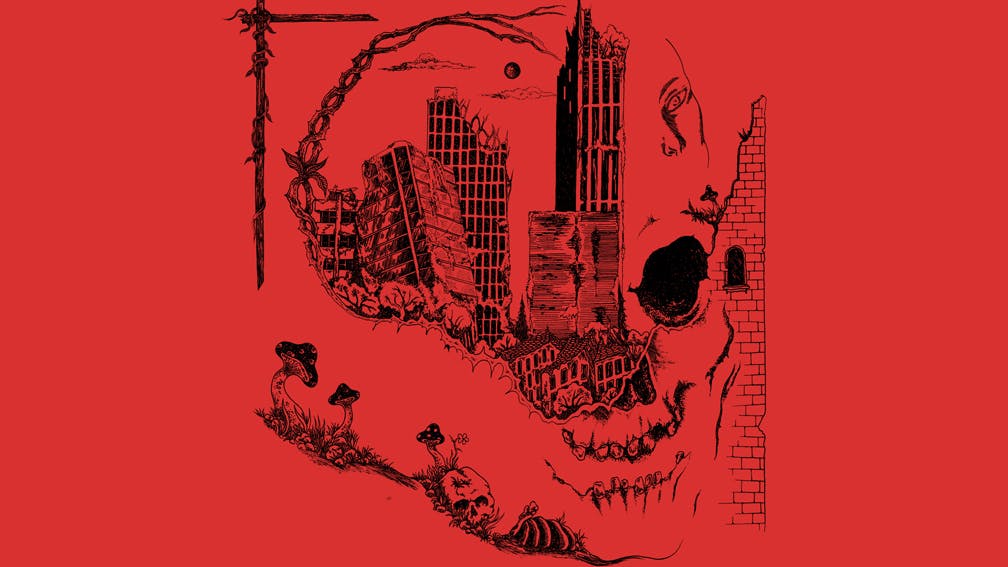 Having meticulously studied the structures of Tory Britain, Nervus want to burn them down and start again. Since their initial emergence in 2016, they’ve passionately yet eloquently taken aim at everything from transphobia to police brutality to gentrification. For album four, however, they’ve subtly refined their approach. They’ve not lost any of their fire, but they’re wielding it differently, with more grace and more nuance. Though the customary advice is usually ‘if it ain’t broke don’t fix it’, shifting gears in this way has made for some of their best songwriting to date.

It begins beautifully. Iconoclast looks up at the sky with rousing gang vocals, jittering drums and more hope than this band has perhaps ever professed on record before – 'Cuffs won’t stop our tears or our laughter / Truncheons won’t stop people from healing,' singer/guitarist Em Foster declares. Get Equal Get Even is an equally strong follow-up, neatly balancing environmental concerns with musings on mortality over crunchy (and periodically shoegazey) guitar, and the theme is continued through the jaunty, melodic Rotting Mass, which shines brightest when Em and bassist Lucinda Livingstone join forces for a gorgeously determined dual vocal attack in its bridge.

They’ve certainly not gone soft, however. The subtly vintage sounding Drop Out is an angsty critique of the flaws of the university system, while the folksy Rental Song is both quietly cutting and painfully relatable to anyone sick to the back teeth of money working against them. By contrast, their more intimate moments feel just as skilled. The lump-in-the-throat acoustic ballad I Wish I Was Dead (Bill Hicks) is just as arresting as its stark title suggests, while the chorus-round-the-campfire vibes of Absolute Yuck bring it home with the same soft optimism the record began with, in a fittingly circular and endearing conclusion.

This is Nervus’ most varied and self-assured release to date. It may well the time for one of the UK underground’s most underrated names to push up through the undergrowth.

For fans of: Into It. Over It., itoldyouiwouldeatyou, Lande Hekt

The Evil One is out now via Get Better