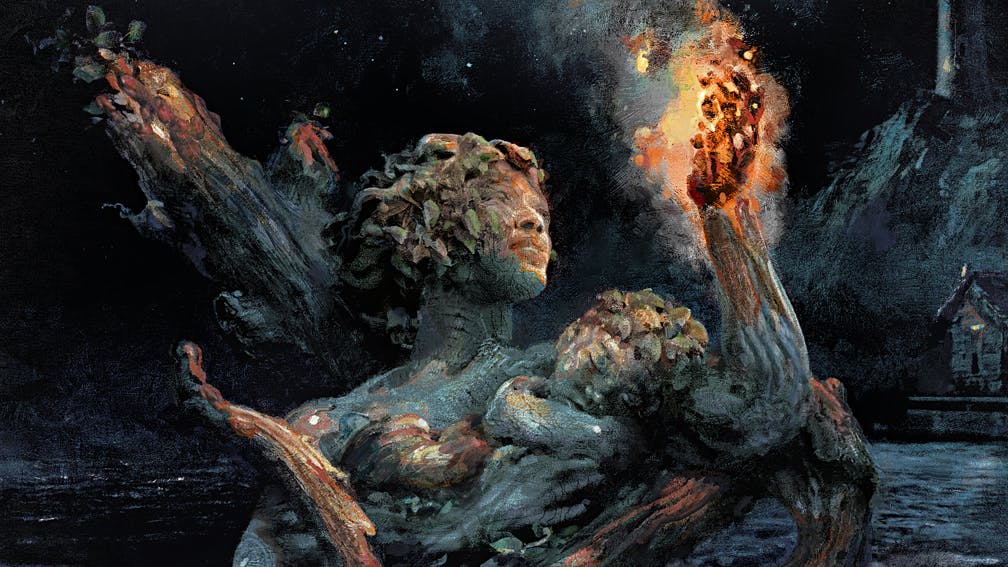 Cammie Beverly, one of the most emotive singers on metal’s undercard, is sending us a warning. Fearing the presence of 'monsters in the mist', she tells us – in The Lighthouse – that 'when the storm swells come, it’ll put us to the test'. It’s a caution that captures the more restrained but ominous tone of Starlight And Ash, the fifth album from the dark and often perplexing Oceans Of Slumber.

Much of the Texas band’s output has been so esoteric that it seemed deliberately angled to exclude all but the most attentive. Oceans Of Slumber certainly have the weaponry – it’s their use of that firepower that’s always been questionable.

Their latest is, commendably, quite different to anything they’ve done before. The Waters Rising is an apt choice of opener as it capably previews what’s to come. Fluid, soulful vocals over gently throbbing electronics and guitars, it builds into something more fervent; racing drums rapidly shifting its many gears. Red Forest Roads is a great example of the band’s ability to confound – what at first seems nothing more than sleepy filler erupts into a rousing final third. There are more surprises in the dark-tressed, hymnal incantations used on Salvation, and in their atmospheric cover of The Animals’ House Of The Rising Sun, which swaps the second verse for a brilliant violin solo from guest instrumentalist Carla Kihlstedt.

There’s a chance this album will end up being one of those strange fruits you can’t digest at the time, only for its appeal to quietly multiply like excited cells, eventually pushing it towards your list of oft returned-to pleasures. None of which is going to lift Starlight And Ash into the charts or leave its creators as anything more than an eternal enigma. But maybe that’s how they like it.

For fans of: Opeth, Myrkur, Spiritbox

Starlight And Ash is released on July 22 via Century Media

Oceans Of Slumber Are The Soundtrack To A Broken World

Oceans Of Slumber's new album highlights the cracks in our global society, but vocalist Cammie Gilbert is still hopeful for the future

Oceans Of Slumber's Cammie Gilbert: "I feel like my history is broken, I feel like America is broken"

Oceans Of Slumber vocalist Cammie Gilbert shares her thoughts on American history, her own heritage and where we go next