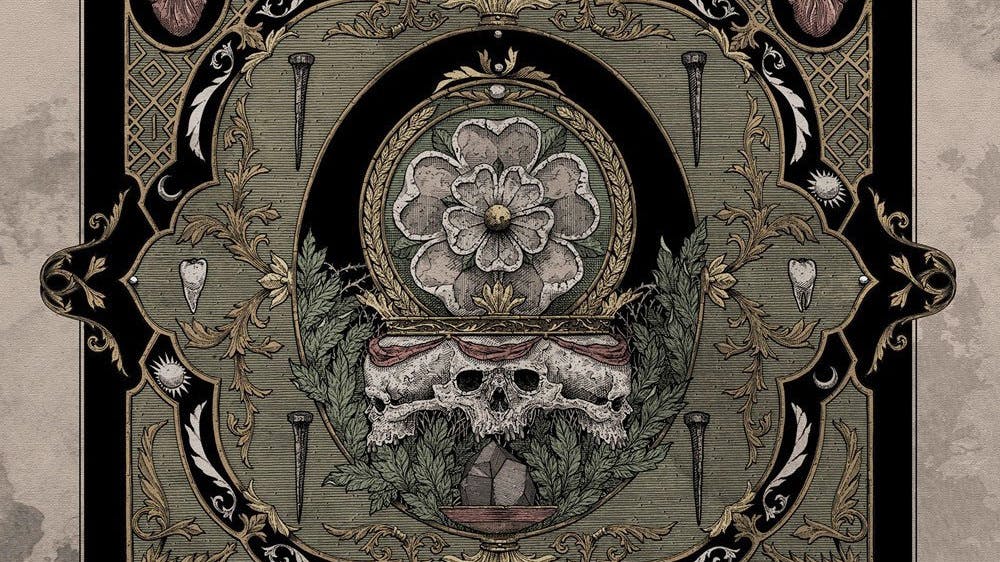 With its title referencing a form of glassy, volcanic rock, its hue of deepest black, this not-so-sweet sixteenth LP from Yorkshire heavyweights Paradise Lost delivers a sonic experience that’s every bit as jagged, reflective and strangely alluring. 32 years into one of the strongest careers in British heavy metal, the Halifax quintet aren't about to swerve into the unknown. Across a stirring nine-song sprawl, they showcase enough pulsating purpose, and fresh folds of their rich Gothic influence, to prove there’s still plenty to be drawn from that deep well.

Holding the course set by 2015’s The Plague Within and 2017’s Medusa, an opening salvo of Darker Thoughts and Fall From Grace are rooted in the crunching death-doom the band once helped define: a fluttering acoustic guitar subsiding into more monumental soundscapes defined by Waltteri Väyrynen’s pounding percussion, Gregor Mackintosh’s luxuriant six-strings and Nick Holmes’ vocals – alternating between ravenous growls and empty-hearted miserabilism.

That changes with the far deeper grooves of third track Ghosts: a composition openly indebted to vintage goth-rockers like The Sisters Of Mercy and The Mission. "At this point there aren’t a lot of people alive that remember the ‘80s goth scene!" reckons Gregor. “So hopefully it’ll sound like a fresh thing to a lot of people.” Although Nick’s bold chorus line (‘For JESUS CHRIST!’) verges on the sort of blackened cheese rarely seen this side of a toastie maker, the velvety textures and dancefloor-filling hookiness throughout the rest of the song manage a sense of refreshment and logical progression.

The album undulates from that point, with The Devil Embraced and Serenity delivering prime-cut savagery, all serrated riffage and swirling solos, while cold-hearted lament Forsaken and waltzing epic Ending Days layer up the indulgence. The latter, particularly, is a cataclysmic standout with its unstoppable escalation and towering guitar solos providing Obsidian’s most straightforwardly satisfying moments.

The mid-paced melancholy of Hope Dies Young pirouettes us back into outright goth-rock, its beguiling lyrical motifs (‘How could you know? / As pure as driven snow’) elevating a stock template that benefits greatly from the dynamism of the record’s shifting shades. The full-blooded baroque doom of Ravenghast sends us home on an unequivocal high, however. Examining the bitter misfortune and cruel irony of those soldiers killed in conflict after battle has technically ended through history, it throbs with trademark pessimism and the steely, galloping bludgeon of warriors determined to go down swinging.

In all, it's a fitting late-career statement from one of heavy music’s most relentlessly brilliant bands.