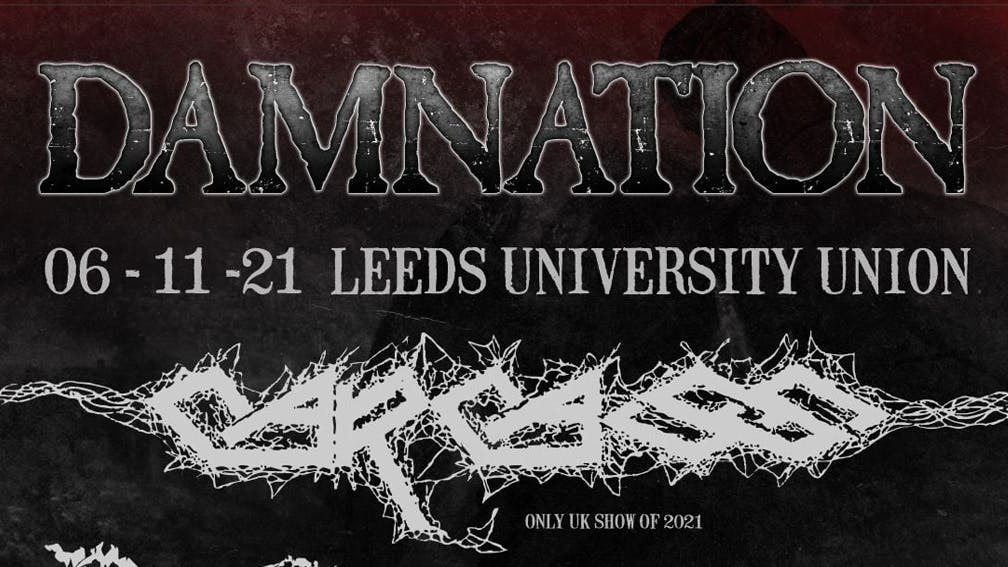 Leeds metal fest Damnation have announced British death metal legends Carcass will now headline the event – the band's only UK show this year – after original headliners Pig Destroyer and Wolves In The Throne Room were forced to cancel due to COVID’s effect on touring plans for American bands.

Read this: Friends: The one where Phoebe revealed she was a Carcass fan

The fest, taking place on November 6 at Leeds University (with a warm-up night on November 5 featuring Akercocke, Orange Goblin, Raging Speedhorn and Svalbard), remain dogged in their determination to go ahead.

"It was always our fear that even if we were able to host an event this year, the Americans might not be able to join us and as the situation worsens in some states across the pond, it just wasn't worth putting people at risk,” says organiser Gavin McInally.

"But to be able to convince Carcass to play with a new record on the horizon [Torn Arteries, out September 17] was incredible. And Paradise Lost agreeing to celebrate the stunning Gothic at Damnation, 30 years since its release, was also a major coup for the festival.”

Paradise Lost added, "With Gothic turning 30 this year, we wondered what we might be able to do to celebrate. The restrictions were making it look like nothing would happen, but then Damnation approached us and asked if we would like to do the Gothic album in its entirety. It's a great opportunity for us to celebrate Gothic's release - and in Yorkshire too"

Read this: The 16 essential goth albums you need to know