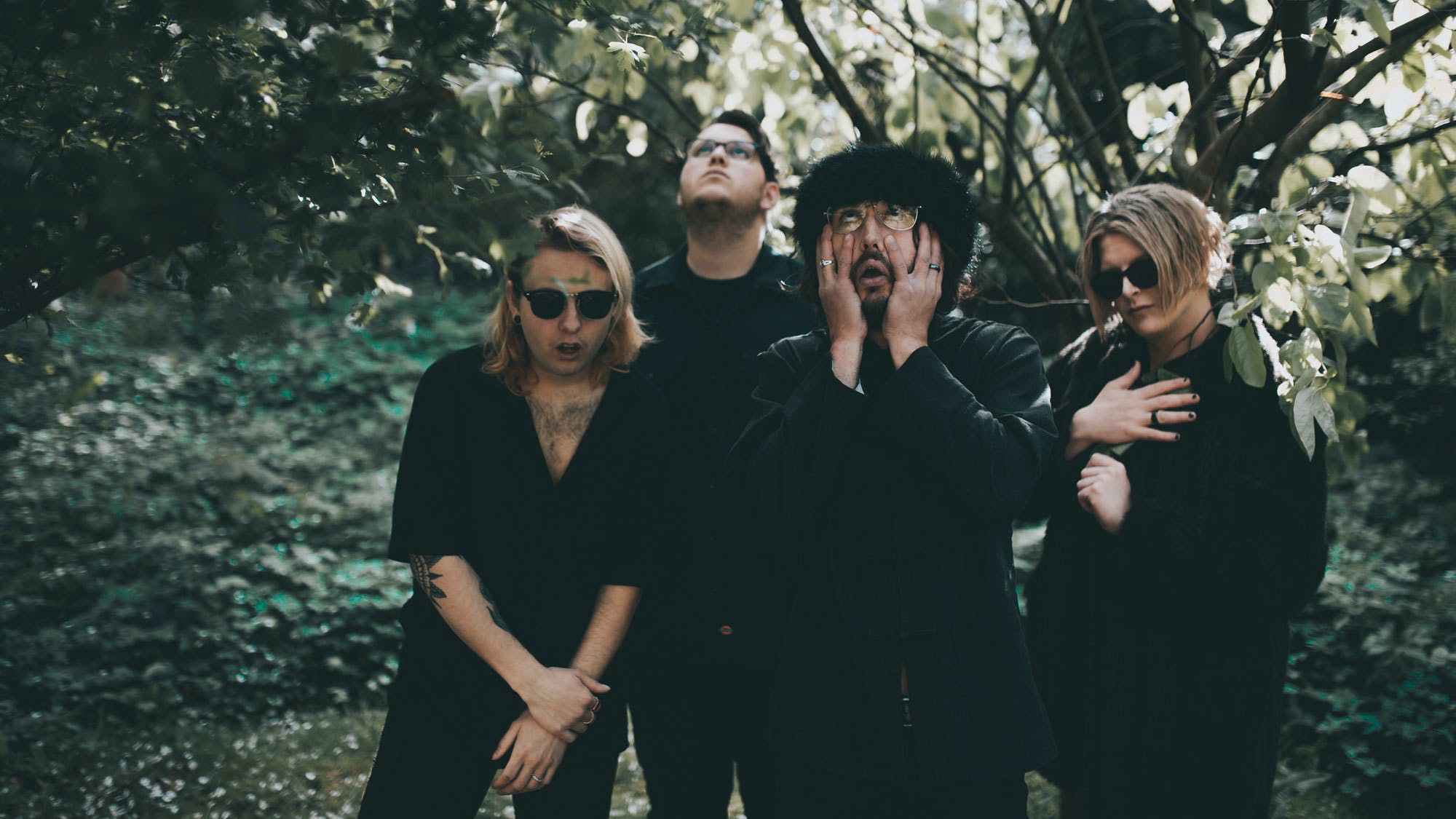 Phoxjaw are a strange bunch. Like their previous touring buddies Black Peaks and Pagan, the Bristol quartet’s music is a blend of various genres and sounds that, on the face of it, shouldn’t quite work so well together. At some points they sound like an indie band, at others they dabble in really heavy metal, or else take a dive into introspective shoegaze. All the while, vocalist/bassist Danny Garland can be found howling over the top of proceedings like a man possessed. But it works, and on A Playground For Sad Adults, the band’s second EP and follow-up to last year’s promising Goodbye Dinosaur…, they’ve upped their game considerably. In fact, this six-track collection is one of the most unique British records of 2019 so far.

A sense of urgency is conjured up from the outset, as Melt, You’re A Face Of Wax mixes snarling guitars with Danny’s manic, potent vocals and a continually shifting pace that characterises Phoxjaw’s outlook perfectly. Listening to A Playground For Sad Adults as a whole, things can feel calm and serene, before a sudden cacophony of noise hurtles you down the band’s endless rabbit hole. You never know quite where you are with this lot, and for a group who have only been together three years to already possess such an unpredictable temperament is mightily impressive.

Their adventurous streak continues apace throughout. Whale, Whale, Whale, the most in-your-face of the EP’s songs, is an ominous burst of razor-sharp metal dominated by Danny’s screams, while Bodiesinthewall celebrates the eclectic nature of this music by building from a sombre intro and twinkly guitar line to a desolate blackgaze climax of which Deafheaven would be proud.

But Phoxjaw can also do straight-up, easily digestible (well, by their standards) rock when the mood takes them. Monday Man is the shortest and least complicated track present on the record, and one that excites in a different way to those that surround it. Starting out with a jangly, radio-ready riff, it’s the closest its creators get to laying down anything resembling ‘normal’. But even then, it’s not long before a feral ambience emerges and Danny starts yelling over the top in order to instigate a harrowing conclusion to proceedings.

A Playground For Sad Adults isn’t an EP that’s going to work for everyone –with absurd song titles like The Curse Of The Button Man, it should be obvious that this is an oddball record that does things differently. But for those willing to roll the dice and run with Phoxjaw’s blasé approach to genre, song structure and even proper melody, there’s much to be gained from this EP. Like fellow emerging bands such as Conjurer, Pijn and Employed To Serve, this band do things in a way that’s uniquely theirs. And no matter how odd the results can sometimes be, that’s something which is definitely worth celebrating.

Check out the video for Phoxjaw’s new song sungazer, which the band hope “digs deep into your brain and burns out your eyes”.

Come to the Phoxjaw K! Pit in Bristol with Dead Man’s Fingers Rum

Phoxjaw will hit The K! Pit in Bristol next week with our friends at Dead Man’s Fingers Rum – see you there!

Phoxjaw’s debut album, Royal Swan, is an exciting and thoroughly British affair, born out of a period of enforced isolation