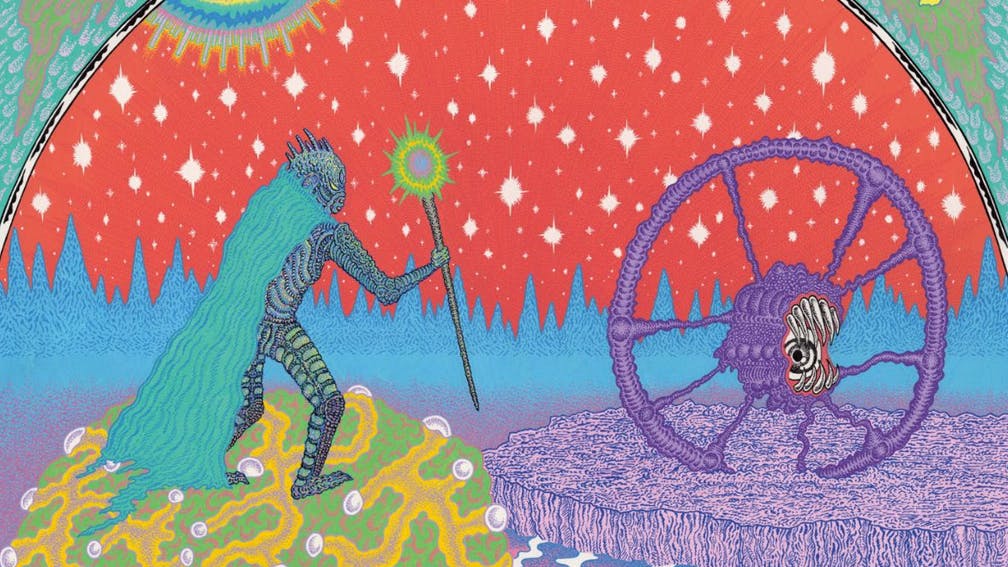 There were bigger bands to emerge in the 1990s. And yes, there have been bigger reunion$ in the decades since. But, let’s stress the other extremely obvious thing here: very, very few of them have secured the same kind of enduring legacy as Quicksand. On the strength of just two records – 1993’s Slip and 1995’s Manic Compression – they exerted a detectable influence on everyone from Deftones and Thursday through to Higher Power. And they may yet inspire even more bands, too. Currently enjoying not so much a career second-wind as a second-hurricane, their brilliant 2017 comeback Interiors ended their 22-year interval between albums in grandstanding fashion. For their next act? Another outstanding record, of course.

It would be wrong to say that Quicksand have mellowed out this time around. Katakana builds from scratchy verses to a drilling riff, Missile Command boasts an undulating Sergio Vega bassline par excellence and album closer Rodan summons an oversized riff worthy of its kaiju namesake. Yet so often it’s the little surprises, the achingly cool flourishes, that impress here. Look no further than Colossus stopping dead in its tracks for a brief detour of delicate drums before re-administering its gigantic groove. Elsewhere, Brushed offers compelling proof that Quicksand are every bit as arresting when they dial back the distortion while the airy chorus of Inversion sees them enter the orbit of planet Jane’s Addiction in style.

The album’s greatest moment arrives via Phase 90, which promptly establishes itself as the greatest song ever made about, well, losing your place in a novel. ‘Tried to finish a book I was reading, I put it down for too long,’ sings Walter Schreifels over swirling guitars. ‘I got distracted by other things, other dreams, forgot the characters and their names.’ In the hands of a less gifted singer, these words would sound almost trivial. Instead, his concussed delivery freights them with meaning – it doesn’t make you think about all the books you’ve not finished, it leads you to contemplate all the ways life tends to swallow up your time and best intentions. It’s the kind of song that reminds you why Quicksand remain your favourite band’s favourite band.

For Fans Of: Deftones, Thursday, Failure

Distant Populations is released on August 13 via Epitaph.

READ THIS: Drugs, violence and social decay: The making of New York hardcore