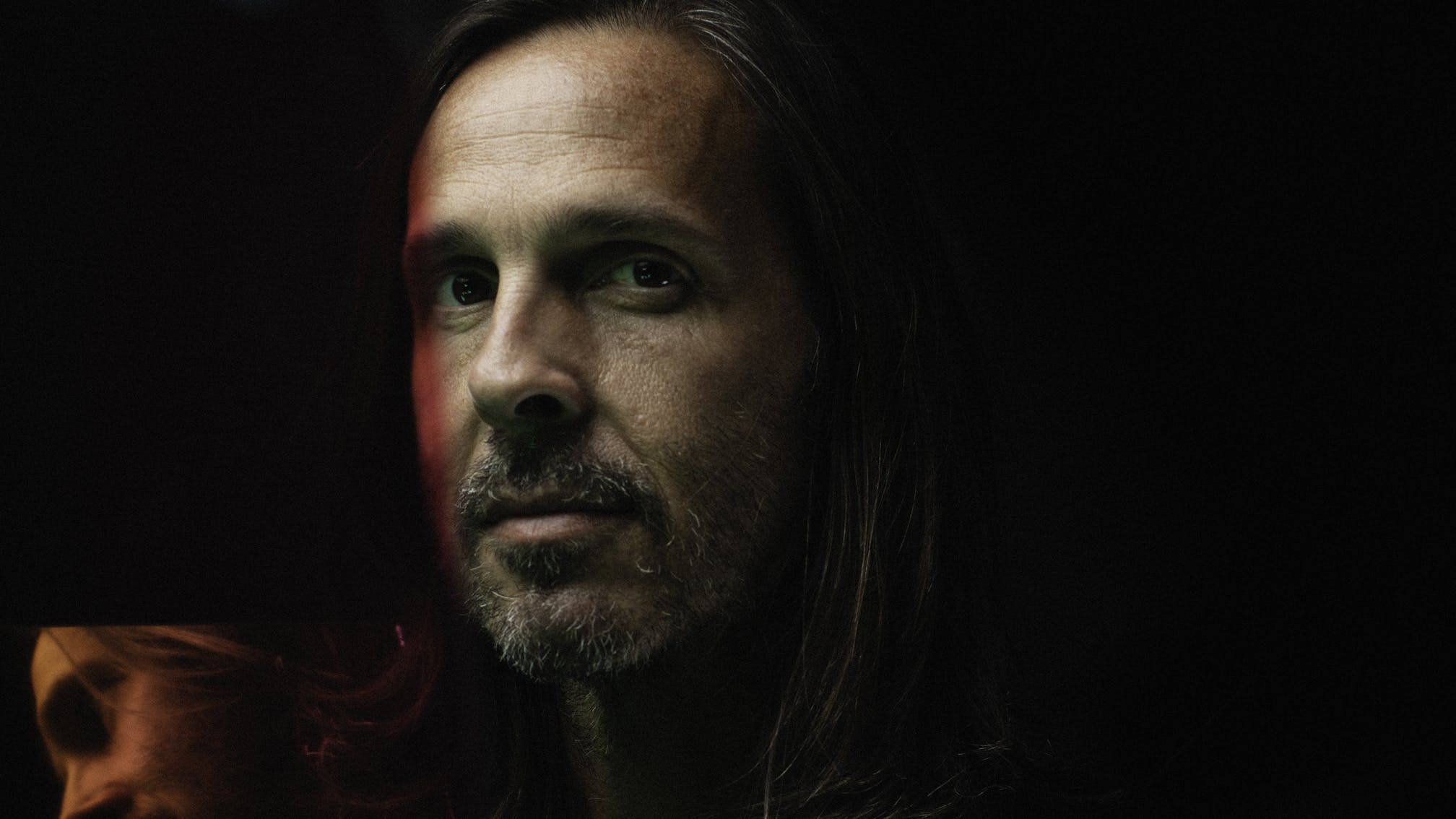 Having begun his four-decade journey as a songwriter in the packed clubs of New York during the city’s hardcore punk heyday, Walter Schreifels managed what many of his contemporaries couldn’t or wouldn’t and beat a path out of the underground by evolving with each new album.

Swept up into the major label system during the post-Nirvana boom of majors signing guitar groups in the early 1990s, his first post-hardcore band, Quicksand, quickly became cult heroes thanks to two genre-classic albums, 1993’s Slip and 1995’s Manic Compression. Following their burnout-induced split, it took more than two decades for Quicksand to release new music. The second album of their second era, Distant Populations, is out now on Epitaph Records.

Walter sits down with Kerrang! to discuss a variety of hits and fan-favourites and what each one means to him…

Taken from the seminal NYHC outfit’s first EP, this track brims with the teenage energy and defiance that defined a movement.

“Ray writing lyrics for music that I had written was amazing. Me and Porcell wrote the music for No More, a powerful song about vegetarianism that I’m proud of, but for me the ultimate Youth Of Today song that I wrote was Disengage, the title-track of our final EP. We all had a good understanding of dynamics that we’d developed through playing live, so if we’d made another Youth Of Today album I think it would’ve been fucking awesome. I’m not mad that we didn’t, I’m happy we got that EP out.”

Arguably Quicksand’s biggest hit, this venomous but tuneful post-hardcore classic was re-recorded from the group’s self-titled EP for their debut album.

“Quicksand had developed out of another project I was doing called Moondog, which had more touches of hardcore. I felt like we had more room in Quicksand to make rock music in the spirit of what Soundgarden, Jane’s Addiction and Fugazi were doing at that time. Omission was a mission statement: what’s the first song I want to hear from this band? I was going for [something like] a part in D’yer Mak’er by Led Zeppelin: that kind of groove and plugging in what Sergio [Vega, bass] and Tom [Capone, guitar] bring really well.

“I think early on, Quicksand lyrics were still pretty straightforward, but it’s no longer about, ‘What we [the New York hardcore scene] all stand for’, it’s more like, ‘I’ve been cast into a larger pond and I’m trying to figure it out’, which is a point in everybody’s life.”

With the spotlight swinging Quicksand’s way, Slip’s lead single painted a dark-humoured portrait of being alone in a crowd.

“Labels were after us and we had to produce something to push our band into this new world that previously didn’t exist – I’d expected to go to college then get some sort of job. I remember thinking, ‘I gotta write lyrics to this song and it’s gotta be really fucking good!’ When you’re really on the spot it can fuck with you, so I went out to eat at a vegetarian restaurant called Quantum Leap in Manhattan and thought ‘Okay, maybe just write about you sitting here looking weird by yourself.’ I think the song has a sense of humour – being alone can be depressing, but it’s also part of life. You should be able live in those moments and see the upsides in it, like, when you’re dining alone you don’t have to work out the bill!”

Quicksand – Thorn In My Side (Manic Compression, 1995)

The best-known track from Quicksand’s caustic second album might be less accessible, but still boasts a burrowing, memorable melody.

“It’s a simple idea – you’re doing shit to me that’s annoying. Everyone feels that, to some degree. When we were recording Manic Compression, Quicksand were beat up and had played so much… I think it’s a typical thing that happens to bands: you spend too much time together. I wish I’d had more sense to zoom out and see the situation more clearly. I probably would’ve been nicer to my bandmates. I think it was the circumstances of the time – I didn’t think the music we were making was going to hit in the same way as Green Day, but we were on a major label so we were put out there to sell a million records. At the same time we were blessed and made the record we wanted to make.”

Credited as a producer on Set Your Goals, it’s since become common knowledge that Walter wrote the songs for the album that reunited him with his Gorilla Biscuits bandmates.

“This song is us having fun. We always had Lou [Koller, Sick Of It All vocalist] in mind for the guest verse and shot the video for $9,000 of our own money before we had a label. I would have put myself in the band more, but because I was doing Quicksand there were legal, contractual things I was trying to avoid. I ended up getting screwed anyway, but ultimately it’s about the music.

“I played one full set with CIV at a festival in Spain – I think I was the weak link! Those guys toured the world for years and worked really hard. I wrote the songs, but I couldn’t hang with them, they were so goddamn fast!”

“Seeing Used For Glue do well was awesome. After Quicksand and CIV I ended up in ‘demo city’ at my label, getting enough money to coast along but they wouldn’t put out my records. In the United States the label didn’t back Rival Schools super hard, but in the UK and Europe it found success and kinda existed in its own zone, away from Quicksand. Used For Glue comes from a pretty universal feeling. You might not mean to hurt someone but you do it anyway, or you might be on the other end of it. No, I wasn’t thinking about my record label (laughs).”

A collaboration with members of Rise Against and …And You Will Know Us By The Trail Of Dead, Vanishing Life reminded everyone of its members’ hardcore credentials.

“I think Realist is one of the best songs I’ve ever written. I don’t want to talk up my own shit too hard, but I was really happy with it. I play this preacher role, talking about life: what are your expectations and what do you have to deal with? If situations weren’t fair to you then, yeah, okay, but now where are we going next? You can be mad about it and upset, but we’ve to dust ourselves off and move on.”

Despite having played some reunion gigs in the intervening period, it took 22 years for Quicksand to return with Illuminant, their comeback single.

“Sergio came in with the riff for Illuminant and it took me back to Omission: ‘What is the song I want to hear from this band called Quicksand?’ It was what I wanted new Quicksand music to sound like. We put our energy into making something really interesting, like, ‘This whole thing could be a disaster, but at least this song is going to be really fucking good!’ (Laughs) Illuminant became the model, we spun the rest of the album off from that.”

The woozy, dreamlike first song from Distant Populations is unmistakably still Quicksand, but broadens its scope to soak up world around them.

“This was the first song on Distant Populations that I wrote lyrics for – I was really inspired by the late-’70s and ’80s anarcho punk stuff that Crass and Discharge were doing. It was simple and primal and I love the politics of it. Now, everything is politicised and people end up on the wrong sides of issues because it’s just so easy to. Inversion is looking at the world upside down: I’m in New York, everything’s hooked up and I can get anything, but that’s on the backs of who, and where? There could be groups of people abroad being submerged so I can walk around New York and have a cool cup of coffee. We’re all connected and those connections are being obscured by the people who benefit from that.”