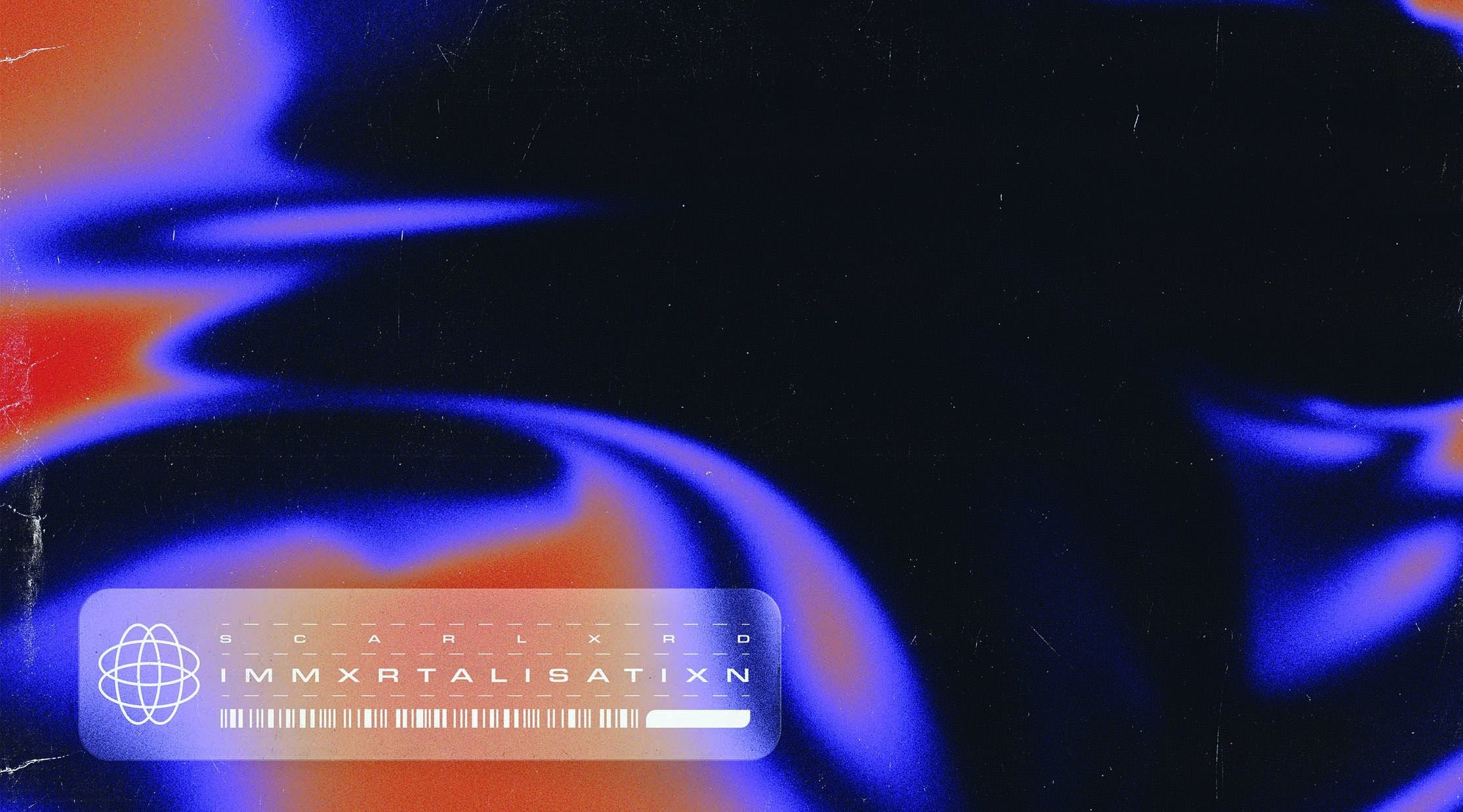 SCARLXRD is a curious entity. For the past few years the mysterious Wolverhampton rapper has been the focal point of a new wave in alternative music, fusing the worlds of trap, hip-hop, metal and electro into one hyper-aggressive beast. His unrestrained, antagonistic, scathing outlook on life fuels the music, layering caustic screams over bass-heavy trap and glitchy electronics, battering your senses into submission.

Work-rate has been the name of the game for SCARLXRD since day one. Aside from dropping new music videos to his YouTube every few weeks, this isn’t even his only album released this year (he dropped INFINITY back in March). Those creative juices have bubbled over into a new album which is twice the length of its predecessor, at 24 tracks. Few songs tick past the three-minute mark, never letting the energy drop, just smashing and grabbing as much as possible before moving on to the next sonic assault. It’s a look inside the mind of an artist who refuses to sit still and stagnate, constantly jumping from idea to idea, but in an album format these short stabs of abrasiveness can start to become indistinguishable and the initial adrenaline rush is replaced by apathy.

In a record of this length and style, you’d expect IMMXRTALISATIXN to have some skits or interludes to allow the listener some breathing space and time to digest all the bile SCARLXRD is spitting. But no, it’s two dozen punches to the face in a row, all oozing venom and hatred for society, regularly telling someone to go fuck themselves (although he does bleep out the C-word in GXLD, weirdly).

The opening section of the album feels its most creative with the bass-driven XMG and the hell for leather GXING THE DISTANCE. But the real highlight comes in the form of ASK, harking back to old school U.S. hip-hop, and definitely feeling like the most accomplished track on the record.

And that’s the real difference between IMMXRTALISATIXN and what has come before: this is the record where SCARLXRD leaves those metal ties behind and fully embraces the trap and hip-hop side of his music. Those who were initially drawn to the industrial instrumentals on last year’s DXXM LP may be disappointed that he’s evolved over the course of two albums to focus his attention and aggression elsewhere. The rawness is still prevalent, the passion is abundantly clear, but it is an exhausting experience listening to the album in full, being beaten down by piercing shrieks of violence and depression. If you’re looking for a hooky chorus or something to dance to, then keep walking. This is an unrelenting, glitchy cacophony of noise, travelling at breakneck speed. It should come with a warning label.

Infinity And Beyond: The Story Of Scarlxrd

You’ve not seen or heard anything quite like Scarlxrd before. Stirring trap, hip-hop, metal and more into his musical melting pot, he's aiming for the stratosphere with new album Infinity. Catch him while you can…