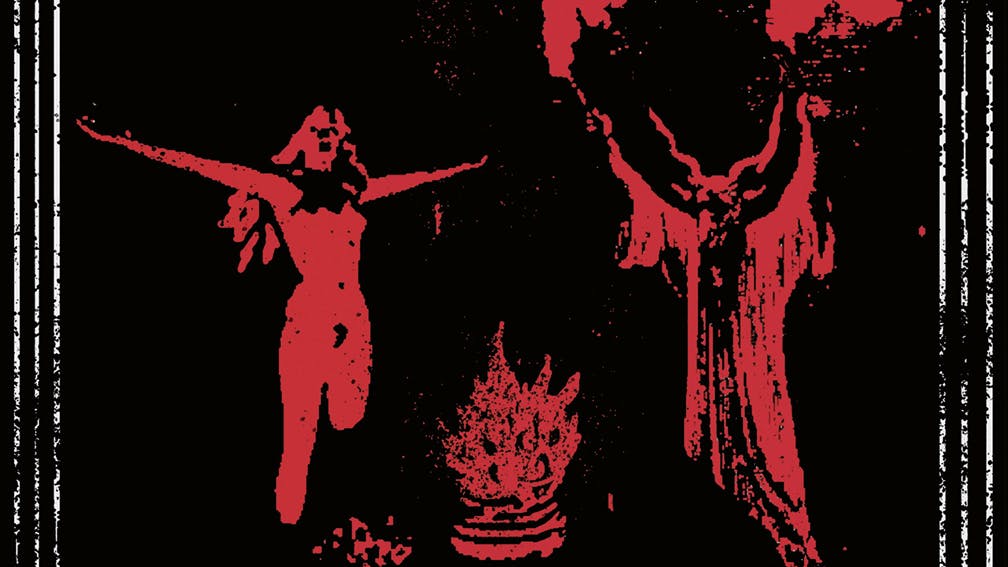 What happens in Vegas stays in Vegas, winking friends and relatives tell us about visiting Sin City. But what of its surrounding area? What triumphant and terrible deeds took place in that vast expanse of desert before it became a wellspring for the moneyed metropolis? These are some of the questions asked by musician and author Stu Folsom in SpiritWorld's Pagan Rhythms universe.

This debut album, originally released last year, serves as a soundtrack to Stu's non-musical writing, combining galloping thrash, pummelling hardcore, swinging rock’n’roll, and lyrical preoccupations with the American frontier and Native American mythology into a concoction its creator calls ‘death western’. It’s an evocative description for a sound that caught the attention of pioneers like Gary Holt (Exodus/Slayer) and Max Cavalera (Sepultura/Soulfly) and will rustle like cattle anyone who likes a high concept at the heart of their heavy music.

Pagan Rhythms works because it’s inventive on multiple levels. Musically, it takes sizeable dollops of its constituent parts, but mixes them with an economy that reminds us that in the right hands less is indeed more. So while Night Terrors initially explodes with the kind of riffery and gruffness that’ll turn the heads of Mastodon fans, it eventually refines its punishment to a lean drive that’s no less captivating. Elsewhere, the sublimely-named Armageddon Honkytonk & Saloon highlights the album’s eerier leanings, deepening the mood with a liberal use of the kind of spooky samples Rob Zombie would pour in by the bucketload.

And then there’s the narrative, which is as propulsive as the tunes themselves. At a time when we’re discussing the attention span of listeners and their patience for listening to albums chronologically, it’s exciting to come across one that’s as compulsively consumable as the TV shows people will happily binge watch. Raw, raging and refined, Pagan Rhythms is a ride you won’t regret taking, again and again.

For fans of: Gojira, Mastodon, Exodus

Pagan Rhythms is out now via Century Media

Read this: How collective grief shaped Mastodon’s most grandiose, gut-wrenching album ever

Watch SpiritWorld's new video for The Bringer Of Light, taken from their upcoming album Pagan Rhythms.