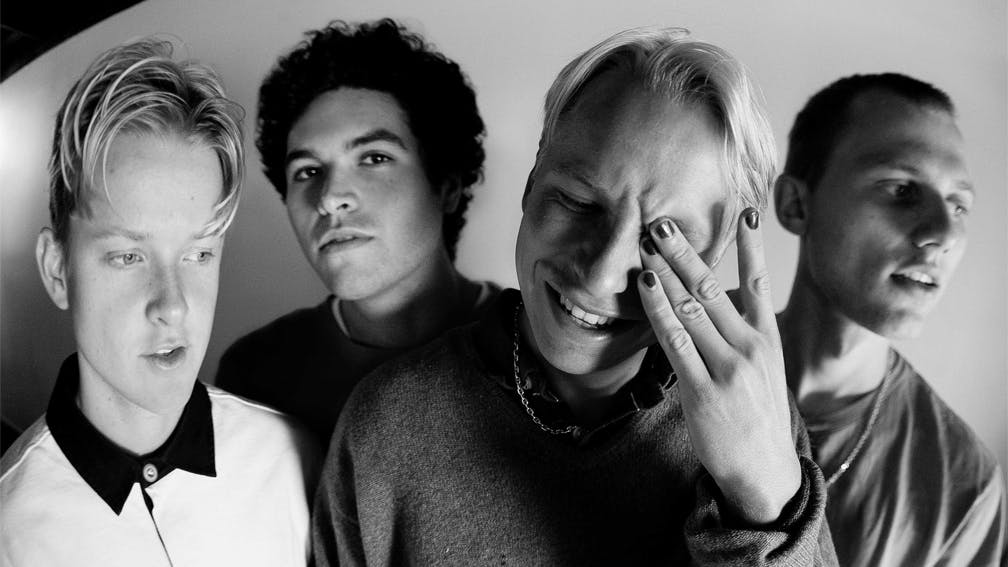 There’s a bit of the Ramones about SWMRS. A lovable blend of no-fucks-given attitude, punk rock spirit and sheer coolness, there’s both a gritty edge and a hooky immediacy to the eccentric songs that make up Berkeley’s On Fire. And rather than looking back to some sort of golden age of punk, here the Oakland quartet’s eyes are fixed firmly forward. When they first emerged, a lot of the attention that came SWMRS’ way owed to drummer Joey Armstrong being the son of Green Day frontman Billie Joe, but much like that of Joey Ramone and his band of brothers, SWMRS’ brand of punk cares little for what’s come before. It’s music with an identity all of its own.

Where Berkeley’s On Fire excels is in marrying all of the band’s disparate sounds into a collection of songs that, while individually rather different, unite to form a record that gels perfectly. Whether they’re dealing in the riffy, Hives-esque rock of Hellboy, Bad Allergies’ acoustic tenderness or the all-out mania of Lose Lose Lose, there’s an underlying charm and sense of youthful abandon that ties everything together. Even when the lyrics of the latter address Russian president Vladimir Putin – ‘Stop fucking up my shit,’ demands frontman Cole Becker – the sentiment feels wonderfully slacker and blasé, more “stop harshing my buzz, man” than any kind of profound political statement.

As Cole previously told Kerrang!, this album is more concerned with “personal feelings” and an “everything’s gonna be okay” message. But just because he and his bandmates aren’t looking to start the next revolution, it doesn’t mean that the angst of Too Much Coffee or the singer’s lamentations on getting high during April In Houston don’t strike a chord. There’s a sense of nostalgia to it, but it’s almost a nostalgia for what’s happening right now, capturing a moment before it’s gone. When it comes to reflecting what it feels like to be young in 2019, few bands can match SWMRS for relatability here.

There’s a small mid-album lull in the form of Lonely Ghosts and IKEA Date, neither of which radiates the vitality that surges through the rest of the album. But these are mere blips, as across the rest of Berkeley’s On Fire’s 10 brilliant, twisting and turning tracks, SWMRS set a remarkably high standard for their songwriting craft and sheer out-there take on punk.

Possessing heaps of charisma, killer songs and a commendable ‘give back’ attitude – the band have helped raise funds for such causes as Planned Parenthood, gun safety and the Bay Area Girls Rock Camp – SWMRS have always been an interesting proposition, but with Berkeley’s On Fire, they now have the songs required to take them to the next level. It might be coming out in the freezing depths of winter, but this album oozes a carpe diem, summertime vibe. Just take the effortlessly cool Trashbag Baby, and imagine it setting the Main Stage at Reading & Leeds alight.

As an album, Berkeley’s On Fire is killer. As a statement, doubly so. ‘Modern music makes me sick,’ confesses Cole on April In Houston. It’s an indictment of the boredom and tedium he hears around him. But while the singer may be fed up of modernity, it’s spurred him and his mates on to make something they feel is missing. In doing so, they’ve made something brilliantly unique, genuinely exciting and a ton of fun to boot.

After their van accident, Berkeley's SWMRS have posted an update about guitarist Max Becker.