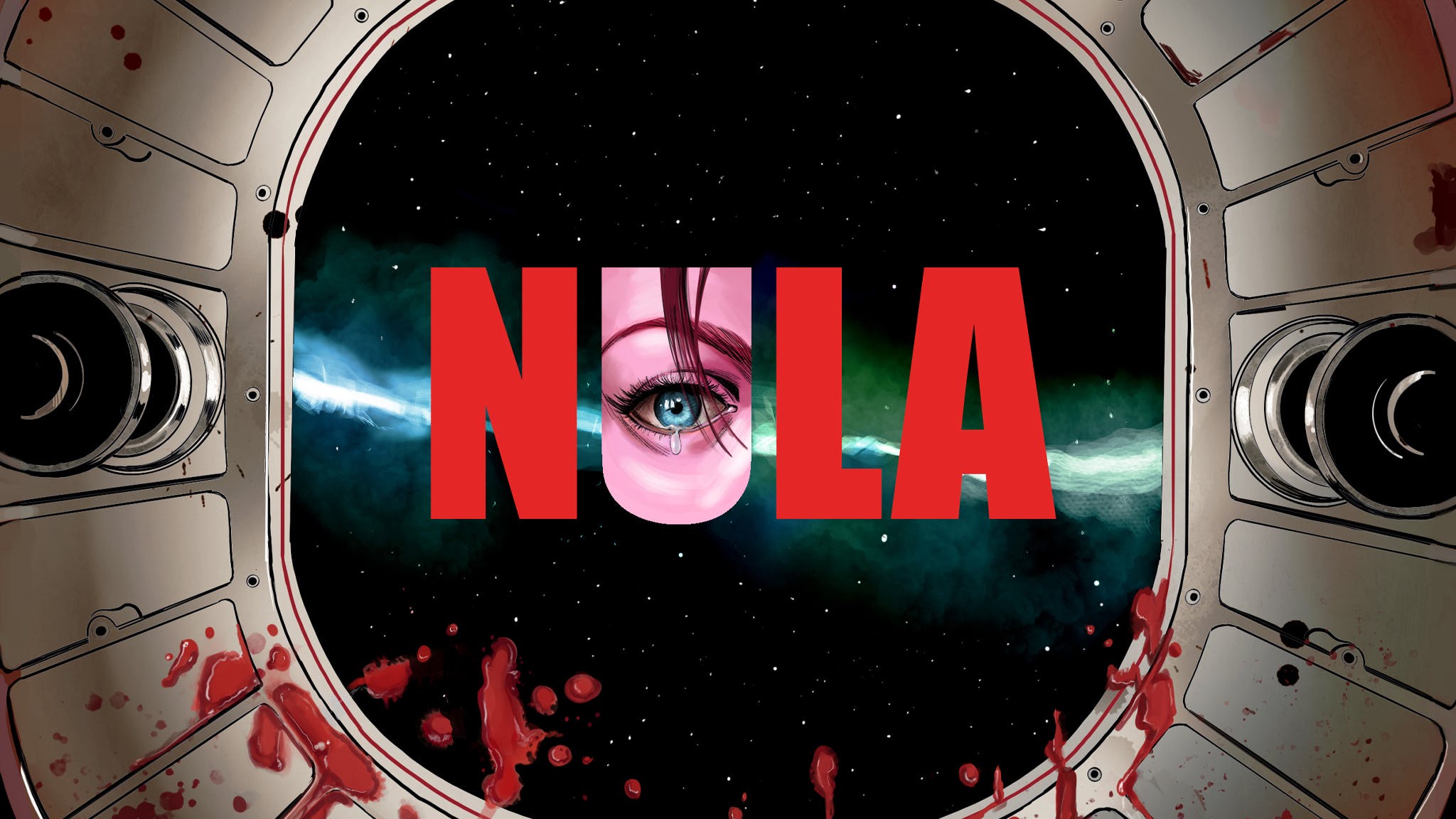 ‘Future is female and we gotta rise up and take it,’ declares Janine Shilstone on XX, the rousing closing track on VUKOVI’s bold third album NULA. It’s both a fitting conclusion to the conceptual storyline that the whole record is based around – which we’ll get to – but even more so, a brilliant, empowering message that will surely see the band continue their upwards trajectory.

Since we threw our support behind then-new band VUKOVI and put them on the Kerrang! Tour in 2017 (back then as a quartet; in 2022 they’re made up of Janine and guitarist Hamish Reilly), the pair have grown to become a formidable live force and an exciting musical proposition. And now, following 2020 second album Fall Better, things have properly fallen into place, with a record that sees VUKOVI positively let loose.

Indeed, NULA is a daring album. From its sound (a mash of everything from electro-rock to nu-metal) to its narrative (following the journey of extra-terrestrial Nula, 25 years after her capture in a sci-world world), its 13 songs are everything you’d want from a modern rock band today.

It sets the tone with cinematic opener DEPARTURE, which welcomes ‘user 17359’ and informs the listener that we will ‘shortly be departing Trinity lunar port for Mars Sanctity terminal’. The real blast-off begins with the explosive TAINTED, a glorious mix of poppy vocals and hulking riffs that VUKOVI frequently do so very well. Quickly Janine’s personality takes this music to the next level, as she rages seemingly off-the-cuff on LASSO (‘Fuck that, fuck you too!’) and laughs her way through QUENCH.

Soon, too, you also realise how, behind the whirlwind songs, there’s enormous depth and meaning. On album highly I EXIST, the singer asserts that, ‘You’ve got to fight / It’s a temporary feeling, not like suicide,’ while on HURT she reflects, ‘I’ll never be whole but I’m a fighter / Kick me in the dirt but still like dust I rise.’

It all makes for a glorious listening experience that’s compellingly confident and catchy. As they gain even more momentum, there’s no doubt VUKOVI will continue to seize every opportunity that comes their way – and deservedly so.

For fans of: Bring Me The Horizon, WARGASM, Frank Carter & The Rattlesnakes

NULA is due out on October 7 via Lab Records