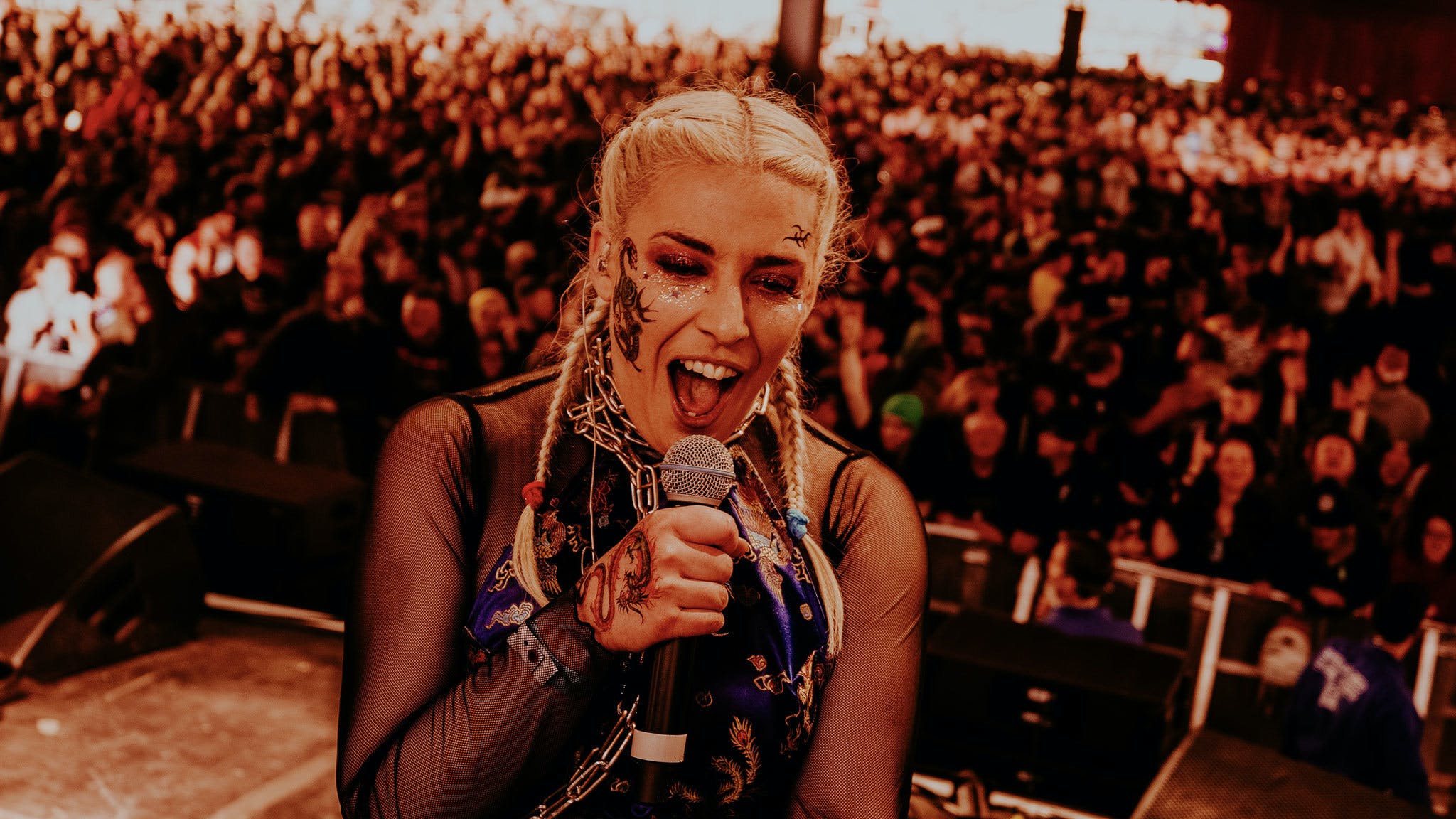 Right from the very start, VUKOVI’s Janine Shilstone has thrown herself into every aspect of music. From sneaking into warehouse shows and dance clubs to obsessing over Hybrid Theory, these are the songs that have shaped her life.

“I was probably three or four… I’ve got a mad memory! I was brought up in Berlin for the first five years of my life, and I have so many memories of Berlin, and I’m like, ‘How?!’ It sounds quite heavenly and otherworldly, and there was other stuff at the time like Oasis or Michael Jackson popping around, and then you’ve got this and it’s like you went to another dimension or something!”

“I’ve got loads of answers for this because it’s like when you sneak out when you’re 16 and go to clubs, but you tell your mum that you’re staying at a pal’s house (laughs). Just Dance was everywhere, and it was always on in those clubs while I was thinking, ‘I shouldn’t be here!’ I really like Gaga, and I think her all-round vision, and unapologetic-ness when it comes to performance… she’s just like, ‘This is how I want to do it, and I’m going to trust my vision.’ She doesn’t water herself down, and it’s all about the art and the show, rather than just pumping out songs. I’m so inspired by her. I used to think it was dead wanky when people were like, ‘Oh, it’s art,’ but actually now I think it’s all about putting together art that’s going to stand the test of time – that’s immortality, and it’s leaving something behind. That’s an amazing way to look at music.”

“I was 13 or something, and it was an over-18s warehouse gig! It was mental. I didn’t know what ecstasy and drugs were, and I’m there wondering why there’s all these people gurning and sweating and dancing, and just looking like they’re having the time of their lives. It was absolutely incredible, watching how Sister Bliss can do 40-million different things at once. I know Maxi Jazz is the man, but I was like, ‘Holy shit!’ seeing Sister Bliss and how she was steering the whole ship – it was pure talent and musicianship. It really opened my eyes, and every time I hear that song now I just remember going back to that huge sweaty warehouse – just being this young girl like, ‘What the fuck?’ (Laughs) To go from never going to a gig before to this complete sensory overload, it was like a baptism of fire.”

“There’s so many songs and it’s really hard to pick just one, but that whole album [Hybrid Theory] just completely blew me away, musically. It was the first time I’d really heard someone talk about real pain, coming from a real place. Everything else that I’d listened to up to that point was more sugar-coated. I was very young, but it made me go, ‘Oh, other people feel like that and it’s okay to talk about it.’ And also Chester’s voice, and the top lines on the whole album are insane. But that song in particular, I just love the harmonies so much. I instantly wanted to be in a band – it was like, ‘This is the coolest fucking thing I’ve ever heard in my life!’”

“It’s the first song we wrote! There was a woman who came from my hometown and was a scout for Island Records, and we sent it to her. She was really supportive to bands that maybe came from less affluent areas. And after I sent it, she was like, ‘That’s getting played on the radio tonight!’ I was like, ‘Oh… cool!’ It was on BBC Scotland Radio 1, and it was like, ‘Holy shit, maybe we should take this all a bit more seriously now.’ It was mad.”

“It’s Crawling again – but the Reanimation version. When this album came out I bought it straight away – at this point, I was Linkin Park daft! This is completely different to Hybrid Theory, and I don’t know why, but that version in particular – I think it’s the strings and the violins – it really just does something to me. When Chester died, that was the first song that I listened to, so when I listen now it really feels like that end of an era. He was a hero, and people aren’t kind enough to themselves when someone like that passes away – I think a lot of people try to minimise how it made them feel, when actually, even though they didn’t know the guy, he changed lives. There’s something very heart-breaking in that.”

“I had to do this pop-punk karaoke night in Glasgow, and it was really popular. They used to get local artists and bands to go up, and it’s a proper stage and it was usually sold out. And that was my song! Everyone was like, ‘Why aren’t you singing Gwen Stefani?’ or something, but I’m like, ‘Absolutely not! Limp Bizkit, here we go!’ I also did it at a really quiet bar in London – but that was the wrong crowd (laughs).”

“We actually co-wrote it with the guys who did the Spice Girls songs [Andy Watkins and Paul Wilson]. We did it at their studio, and I brought this idea to them where the pre-chorus was the original chorus in my demo, and they were like, ‘No, it needs a better chorus – let’s do one right now.’ These two guys – who are my heroes – are literally just staring at me and I’m like, ‘Fuck, fuck, fuck, fuck!’ It was the first time we’ve co-written with somebody but the pressure actually helped – it pushed us out of our comfort zones, and we really responded to it thankfully. I did the lyrics in about 20 minutes – I don’t know what happened! Their version was super-pop, though, and we ended up going away and taking the demo version that we’d done with them and we were like, ‘This isn’t VUKOVI enough,’ so we completely fucked it up with heavier guitars and a big breakdown in the middle! I would love to write with them again – I think they are absolute geniuses.”

“The hardest in terms of ability and actually getting the song together was QUENCH, because there were so many themes and so many elements that we loved… it was just too much, and we had too many verses. But for some reason we were like, ‘There’s something about this song – we can’t give up!’ It just felt good. We had to be really brutal and ruthless, and strip things out even though we loved it. When we start a song and if it’s not coming together, we’re like, ‘Get rid of it.’ You can’t get too attached to stuff. But also then the hardest song lyrically was I EXIST – even at rehearsals, I couldn’t really sing it without crying. It’s really baring your soul and talking about all of the horrible things that you felt, and being vulnerable. But I really love it, and the way that song has helped people is just everything to me.”

“I was just thinking of the, ‘I’m a bitch, I’m a lover!’ chorus (laughs). But also I really love the song Hide And Seek by Imogen Heap, so I’ll go for one of those two. Actually, maybe we’ll do both of them: start with Hide And Seek which is kind of sad, and then play Meredith Brooks as everyone is walking out and be like, ‘She got the last laugh!’”

VUKOVI’s latest album NULA is out now via Lab Records