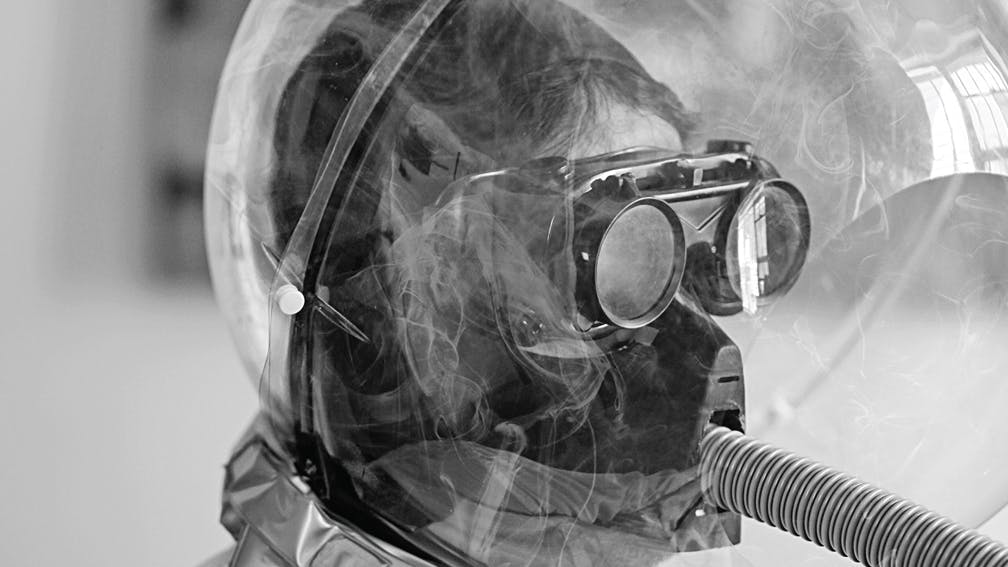 Copies of Next To Pay should really come bearing a sticker that says, “Warning: Abrasive Material”. Every aspect of the San Diego garage rockers’ second record sounds exposed: Riley Hawk’s nasally squawk lies somewhere between a cornered fox and a belligerent seagull; the metallic guitars sound as if they’re strung with razor wire; the raw, arid production is one that Steve Albini would likely approve.

All of which is to say that Warish lean heavily into the ride-hard attitude of Riley’s skater day job and pedigree. Nothing over-thought, everything laid as bare as scraped knees on concrete. And for the most part, it works. Seeing Red and the title-track barrel along on piston-pumping rhythms, while the Nirvana-esque cover of Burn No Bridges (originally by DC emo forebears Gray Matter) would easily fit in a schlocky, motorpsycho B-movie.

Yet even for a band so clearly inspired by Motörhead’s single-minded brilliance, Warish do take some detours here. At nearly five minutes in length, Destroyer can probably be considered a prog song by the band’s standards, but the sidewinding grooves and evil surf-rock bridge speak more to their keen instincts for a gnarly tune than any grand plan. Elsewhere, the blown speaker doominess of Ordinary hints at Riley’s days in stoner rock outfit Petyr, as Alex Basaaj's bass slows to a lizard’s crawl while Riley coaxes frazzled riffs that could have rolled off of Sleep legend Matt Pike’s resin-smudged fingertips.

Whether Next To Pay can go the distance on repeat listens will be down to the listener. If you enjoy the filth and fury of Amyl And The Sniffers, then Warish share a similarly grimy outlook. Even if it’s only for this record’s duration, their roughshod punk is a thrilling Brillo pad for cynical ears.

For fans of: Osees, Motörhead, Mudhoney

Next To Pay is released on April 30 via RidingEasy