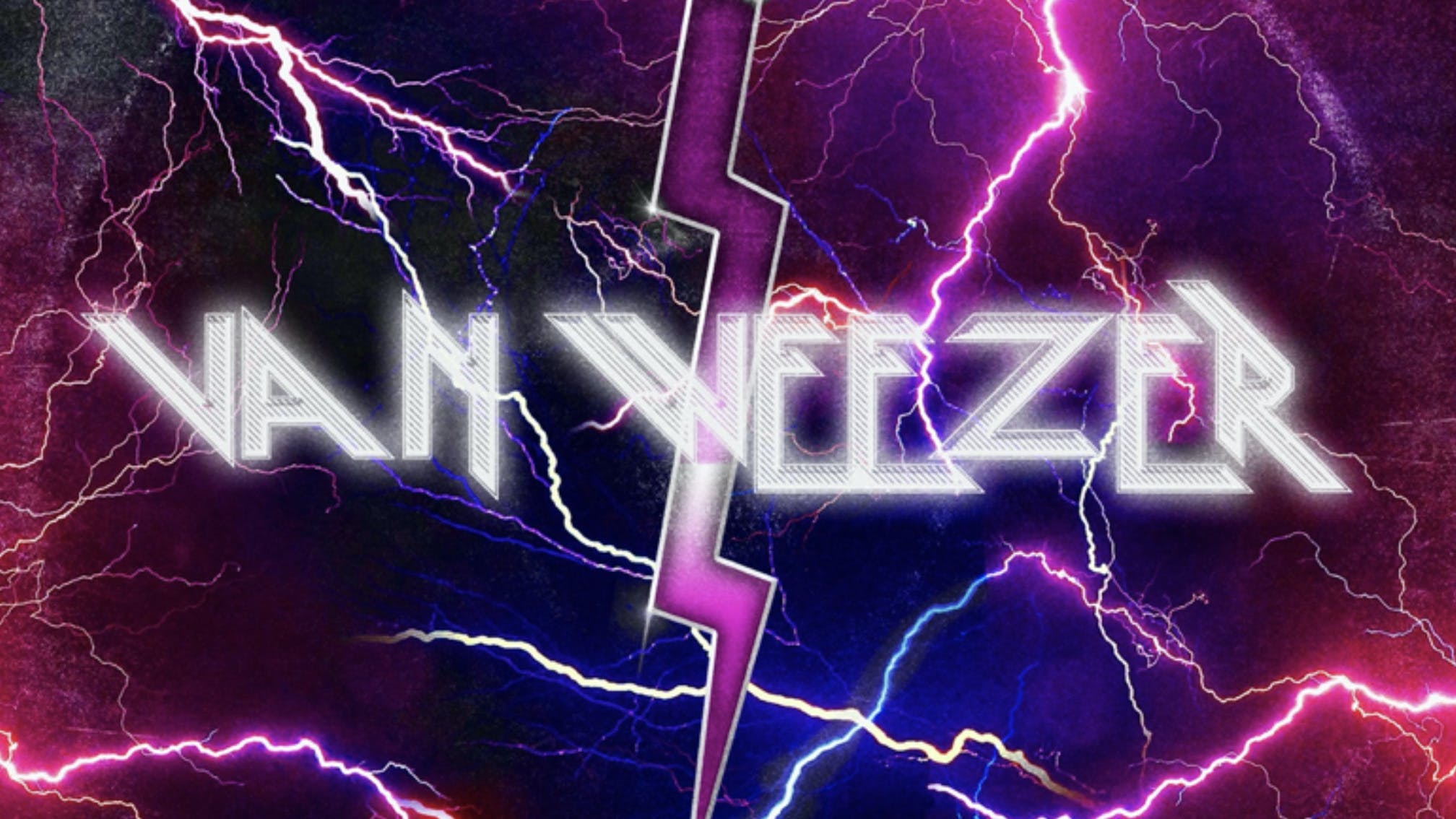 How can you tell what a Weezer fan’s favourite Weezer album is? Don’t worry, they’ll tell you…

You see, fans of the big W have always had a cast-iron idea of the best version of the band (and, for 99 per cent of people, it’s either the gloriously guileless surf-pop of 1994’s self-titled ‘Blue’ debut, or the marvellously misanthropic proto-emo of 1996’s follow-up Pinkerton). But Rivers Cuomo has seemed curiously unable to settle upon his own favoured signature sound, veering from hazy electronica (Pacific Daydream) to energetic wedding covers (the ‘Teal’ album) to dark sonic experimentation (the ‘Black’ album) to lush orchestral pop (OK Human). And that’s just the last four albums.

Van Weezer, meanwhile, arrives under the (heavy) weight of its own thematic baggage as the band’s ‘metal’ record. Originally due to come out last year as the perfect accompaniment to the stadium-straddling Hella Mega Tour with Green Day and Fall Out Boy, it switched places in the schedule with OK Human, only to finally emerge just as those stadium shows were pushed back for another year. By the time they actually play those gigs, some of these songs will have been out in the world for the best part of three years, while the guitar legend that inspired the album’s title and sound – Eddie Van Halen, very much alive and riffing when this record was first mooted – will have sadly left it behind for going on two.

But you know what? Despite those issues, Van Weezer still represents Rivers’ most timeless collection of songs since, well, whenever the fandom last agreed on such things.

First things first: Van Weezer is not really a metal album, at least not in the way your average Gojira fan would see it. True, as with 2002’s Maladroit, there are immense riffs, squealing solos and nods to Van Halen, Ozzy Osbourne, Aerosmith, KISS and Metallica. But rather than merely pastiche the shiny ’80s riffola they grew up on, Weezer use hard rock as fancy dress, rather than their entire identity. Metal is the AAA pass that allows them to return to the sort of irresistible power pop songwriting that every Weezer fan, past or present, should be able to relate to.

So Van Weezer doesn’t hang about: 10 songs in just over half an hour, with most songs clocking in at three minutes or less. But that – plus the all-bangers-no-clangers approach to quality control – adds to the air of delicious simplicity permeating instant anthems such as All The Good Ones, Hero, I Need Some Of That and 1 More Hit, all of which channel classic Weezer with just a dash of metal dressing.

True, Blue Dream is so busy paying tribute to Ozzy’s Crazy Train that it almost gets derailed, but Sheila Can Do It is closer to Fountains Of Wayne than Cradle Of Filth, while the closing Precious Metal Girl is a timeless acoustic indie-rock ballad, despite its lyrical references to spandex and LA Guns.

Given they’re now nearly 30 years into their stellar career, will Van Weezer ultimately become any Weezer fan’s favourite album? Maybe not. But, for the first time in too long, it is a Weezer record that rocks exactly how a Weezer record should – and that means you might as well jump right in.

Van Weezer is released on May 7 via Crush Music / Atlantic