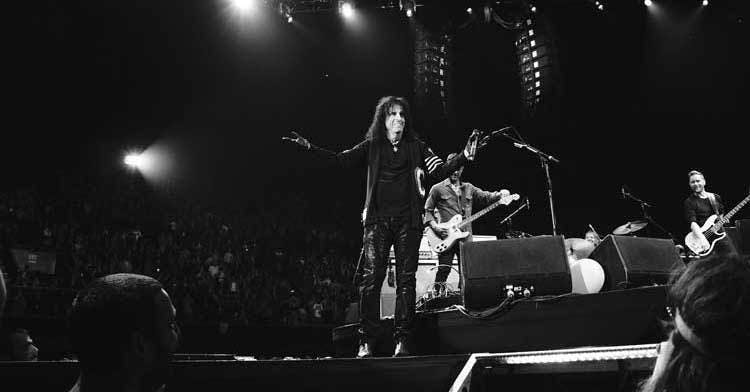 As the world of rock and metal mourn the death of Lemmy Kilmister, the tributes have been overwhelming. Another legend who helped shape the genre we love so much, Alice Cooper, is the latest star to offer his condolences.

Taking to his official Facebook, the shock-rock icon released the following statement:

“Lemmy was truly a one-of-a-kind in rock ‘n’ roll. He was innovative, true to his art and continually relevant even though he never cared about being relevant. He was always creating and redefining hard rock and the role of bass within it. Off stage he was a gem. I can’t think of anyone who didn’t adore Lemmy. He was such an original character in Rock, and I will truly miss seeing him out on the road. My condolences to his family, his band mates and rock fans everywhere. This loss is great.”

In a short montage called Lemmy The Movie, Alice Cooper is seen speaking about the late, great Lemmy. Watch it below: