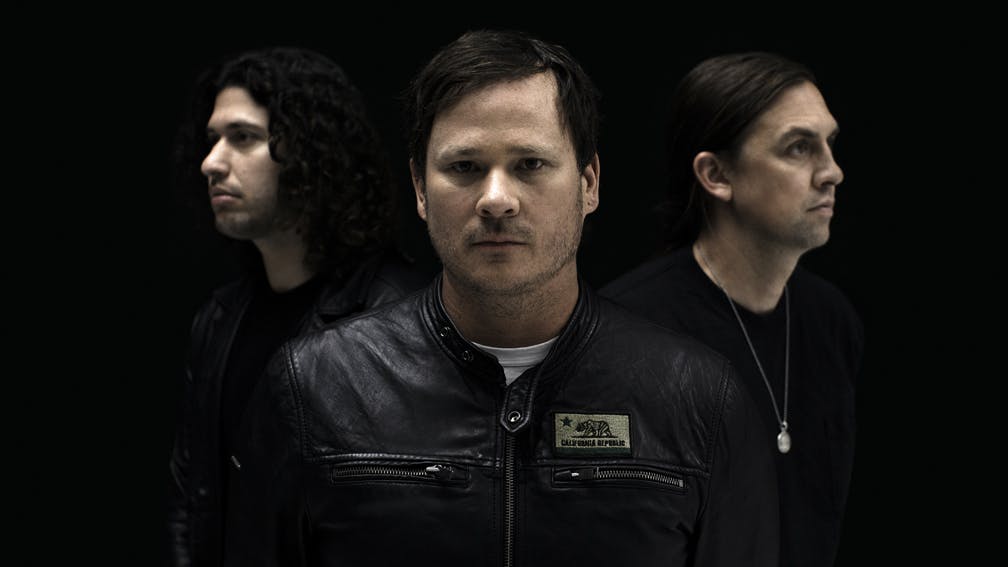 It's been almost two months since Angels & Airwaves returned with comeback single Rebel Girl, and it looks like the trio – Tom DeLonge, David Kennedy and Ilan Rubin – are already back in the studio working on more new music.

Frontman Tom posted a selfie on Instagram with the caption "Angels & Airwaves recording session", perhaps alluding to the fact that the band have got some big ideas this year when it comes to releases; if all goes to plan, they'll not only be releasing a brand-new record, but also an accompanying film.

“This album is with a movie, and the movie – which I co-wrote – is going into production in July," Tom told Kerrang! recently. "There will be an album-movie combo, but much more commercial and much bigger in scope. It’ll dig into the fact that the universe is a little bit more tricky and unexplainable than we like to admit.”

“A lot of times I question what it means to be happy – I go, ‘Be careful what you wish for – is it really making you happy that you have all these projects?’ I don’t want this much work, and I’m not trying to ask for it, but it’s kind of what’s needed to accomplish some of the things I’m doing," explains Tom. "I mean, where I’m going to end up is doing one major motion picture and album a year, and then I would work the next year – that kind of thing.