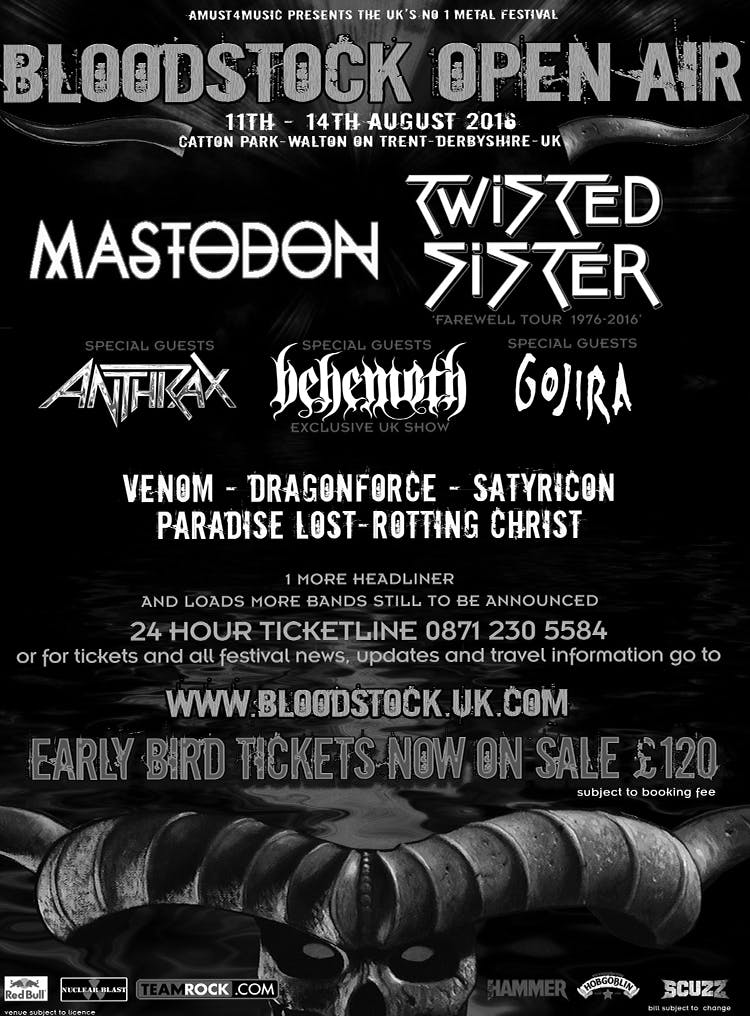 Bloodstock Festival 2016 have announced even more rad bands to next year’s line-up.

Joining the festival are thrash metal legends Anthrax, returning black metal icons Satyricon and one of France’s finest exports in the form of Gojira. They join a bill that will see the mighty Mastodon and a retiring Twisted Sister headline the festival, with the third and final headliner expected to be announced in the coming weeks.

Anthrax’s Scott Ian says, “On the most metal of days we will once again have the privilege to rage with you crazy fuckers! BLOODSTOCK!!! A festival fit for all kings!!! See what I did there? See ya soon, my friends”

Bloodstock Festival takes place at Catton Park, Derbyshire, between the 11-14 August 2016. Grab your tickets from the Kerrang! Ticket Store now.

Check out line-up so far: