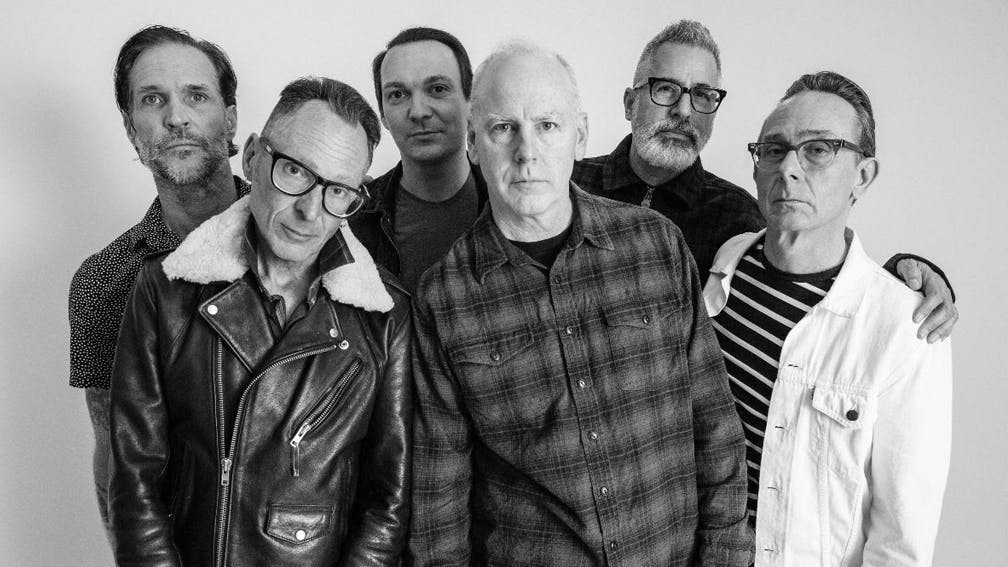 Given the political madness that seems to have gripped the world these days, Bad Religion are as relevant as ever. So if you weren't already excited for their upcoming new album, you can now get riled up with the first single from said release, called Do The Paranoid Style.

Thematically, the track is everything you expect from Bad Religion -- speedy, delicious punk rock with political commentary that you have to chuckle at to keep from screaming. What's especially fun this time around is how the band frames modern American paranoia as a hand jive-style dance that you and your friends can do together to celebrate the oncoming water wars. Hallelujah!

Get stoked, and maybe a little nervous, to Do The Paranoia Style below:

Check out the creepy, foreboding cover art for Bad Religion's new album, Age Of Unreason, below:

And make sure to get unruly at one of Bad Religion's live shows at the dates listed below:

Perhaps most respectable about Bad Religion's upcoming new album is that honestly, they could just rest on their laurels if they wanted to. As we learned from Ian Winwood's book Smash, guitarist Brett Gurewitz founded Epitaph Records in 1980 with a loan of a $1,000 from his father Richard, known to some as ‘Big Dick’ (…nice). Epitaph would become the most famous and influential punk rock labels of all time, releasing albums by NOFX, Rancid, Bad Religion and, of course, The Offspring. ‘Big Dick’ Gurewitz would later accompany his son to the opening of Epitaph’s European office in Amsterdam in 1995.