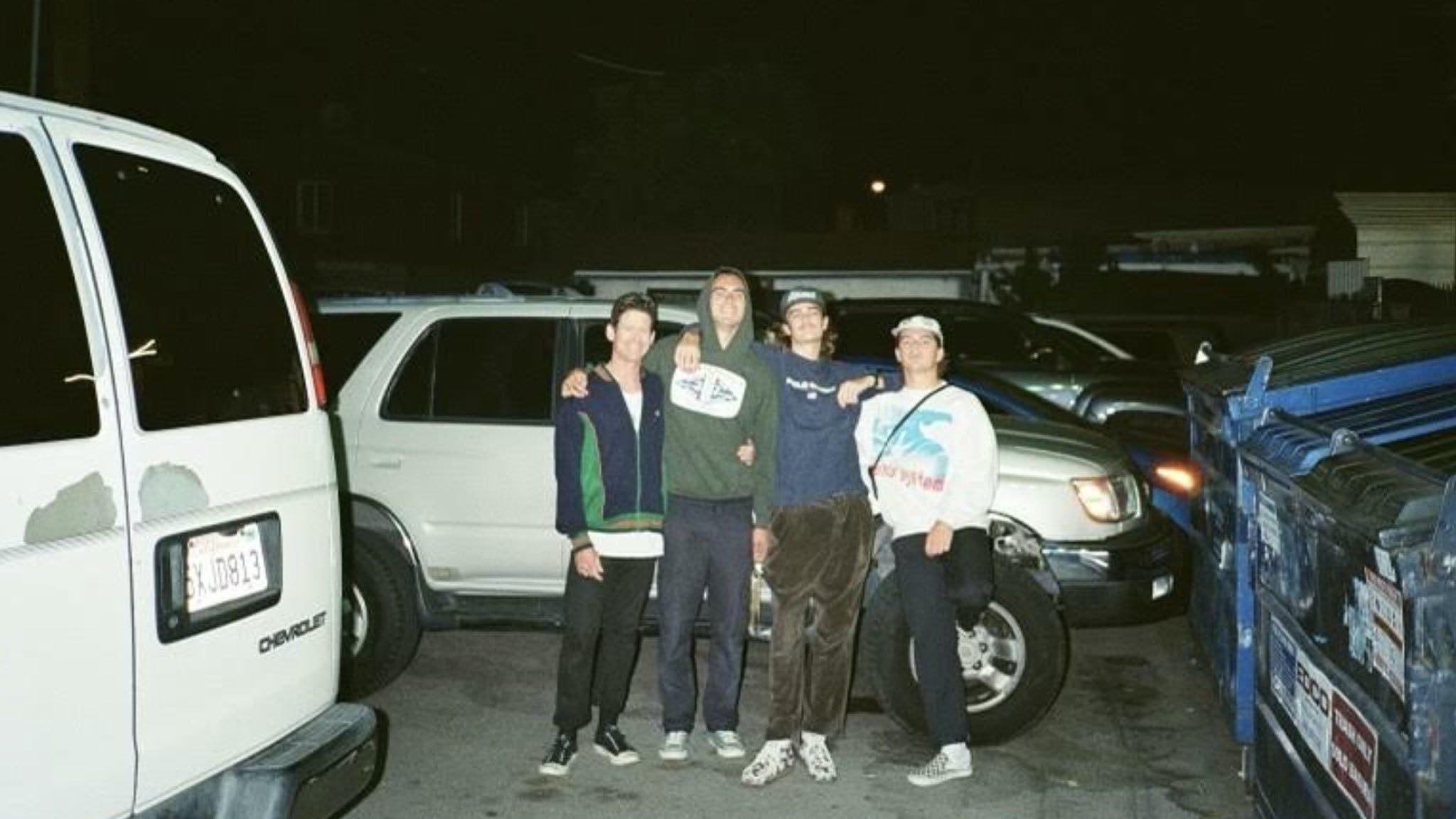 Dorian Boucher points across the Zoom window at his dad, Muggs, who’s standing off to one side. “I was talking to him,” he says. “And I was like, ‘What’s with this band Fugazi?’ and he was like, ‘The time has come.’”

Dorian plays guitar in the San Diego hardcore band Glean. Muggs plays bass. “From then on it was,” Dorian starts, before Muggs takes over: “Jawbreaker, Sunny Day Real Estate, Texas Is The Reason, and then he started getting into the harder stuff, too.”

That’s a pretty neat summation of where Glean are coming from. Their demo, released with terrible timing in January 2020, introduced a band with a handle on shoegazey dynamics, post-hardcore guitar squall and Jim Ward-style barked melodies. The word started spreading even as everyone was stuck indoors. “Everything just shut down,” guitarist-vocalist Andris Barkley remembers. “So it went from us playing shows to not doing anything, really.”

What Glean were eventually able to do was assemble last autumn’s three-song Things We Must Embrace EP. Completed by drummer Brady Schiller, the group dug deeper into their own sound and doubled-down on the things that got them excited: the hooks were stronger and more pronounced, the guitars more nuanced in their layers, and Dorian’s roared vocal counterpoints were more prominent in the mix.

Muggs points to Evanston, the closing song on Glean’s demo, as an important mile marker – in its four minutes it moves from spoken word samples to raging hardcore and anthemic guitar lines in the style of Hot Water Music. “I mean, texturally, I think there’s a lot more going on,” he says of the ensuing Things We Must Embrace. “Evanston is like a musical journey,” he adds. “It’s got the ebb and flow, and you can kind of sense that [influence] in the song structures on the EP. It kind of sucks you in, and there are the peaks and the valleys.”

Glean’s new music will mine a slightly different side of their sound. Recording with Max Epstein and Stefan Mac, who worked on their EP, the band have plans for another self-release that will get in and out a little faster. “They’re more short-and-sweet, to the point,” Muggs says, clapping his hands for emphasis.

“It’s not necessarily like we go into it thinking, ‘Okay, this song, we’re gonna stretch it out.’ It's kind of just whatever the vibe is and the way it starts developing,” he continues. “If it goes that way, it goes that way. If we bring a riff to the table and we construct the rest together, and it just ends up being a two-minute song that’s just like a gut punch, boom, boom, boom, one and done, so be it.”

At the core of what Glean do is the emotional weight carried by Andris and Dorian’s vocals. On Caspers Park, the opening song from ​​Things We Must Embrace, there is desperation and resignation tied up in its massive chorus, which runs up against crashing cymbals and jarring guitar-led changes of pace. For both, singing this way is new and, therefore, it’s honest. It’s a direct line into whatever the song is able to conjure.

“This is my first time trying to sing like this,” Andris – who grew up going to Silverstein shows with his ‘biggest scene kid’ brother before finding Title Fight – explains. “I’ve been playing guitar for a while, I've always played acoustic and played songs to sing like that. The first song I tried to sing in this style was Garden [from the 2020 demo], and we were just in Dorian's room. I was like, ‘I need to figure out how to scream.’ We went with how it felt with the song. I don't try to push it too hard because I don't think I have a crazy vocal range. It's just dealing with what the feeling is.”

This earnestness is particularly important as Glean are handling sonic elements that are familiar to contemporary punk listeners – there are plenty of people out there weaving shoegaze into their music, just as Midwestern emo and DC hardcore continue to have their say in the DNA of modern bands. In this identikit environment, a melody that sticks, delivered with belief and conviction and personality, can really set a song apart.

“A lot of bands just turn out sounding like a bad version of those bands that they’re influenced by, because they try too hard to replicate exactly what it is those bands were doing,” Muggs observes. “And, of course, most of the bands miss the point and fail miserably. There are a lot of good bands that are incorporating that sound currently, but there are so many influences we draw from, even tons of British bands from the Smiths to Suede and Radiohead. If you listen to the music, it colours a lot of the stuff we're doing without just directly ripping off those bands, you know?”

As Glean continue to branch out, San Diego’s hardcore scene is also finding its feet again post-pandemic, with things beginning to return to something like normality, even if Dorian points to holes in the map when it comes to new venues and a lack of regular stops being made by touring punk bands. “There are a lot of people who are diehard San Diego – I love San Diego, but the scene kind of goes back and forth. Right now there are really no venues. The only real venue is the Ché. That’s like our second home.

“But we don't want to play it too much. You don’t want to be that band that plays every month. The crust punk scene is insane. I went to a sewer show, there were like 500 kids with mohawks and spikes. That scene is alive and well, and the hardcore scene’s kind of popping a little bit. There are some underground bands that are happening, and everyone supports each other. It’s super cool.”