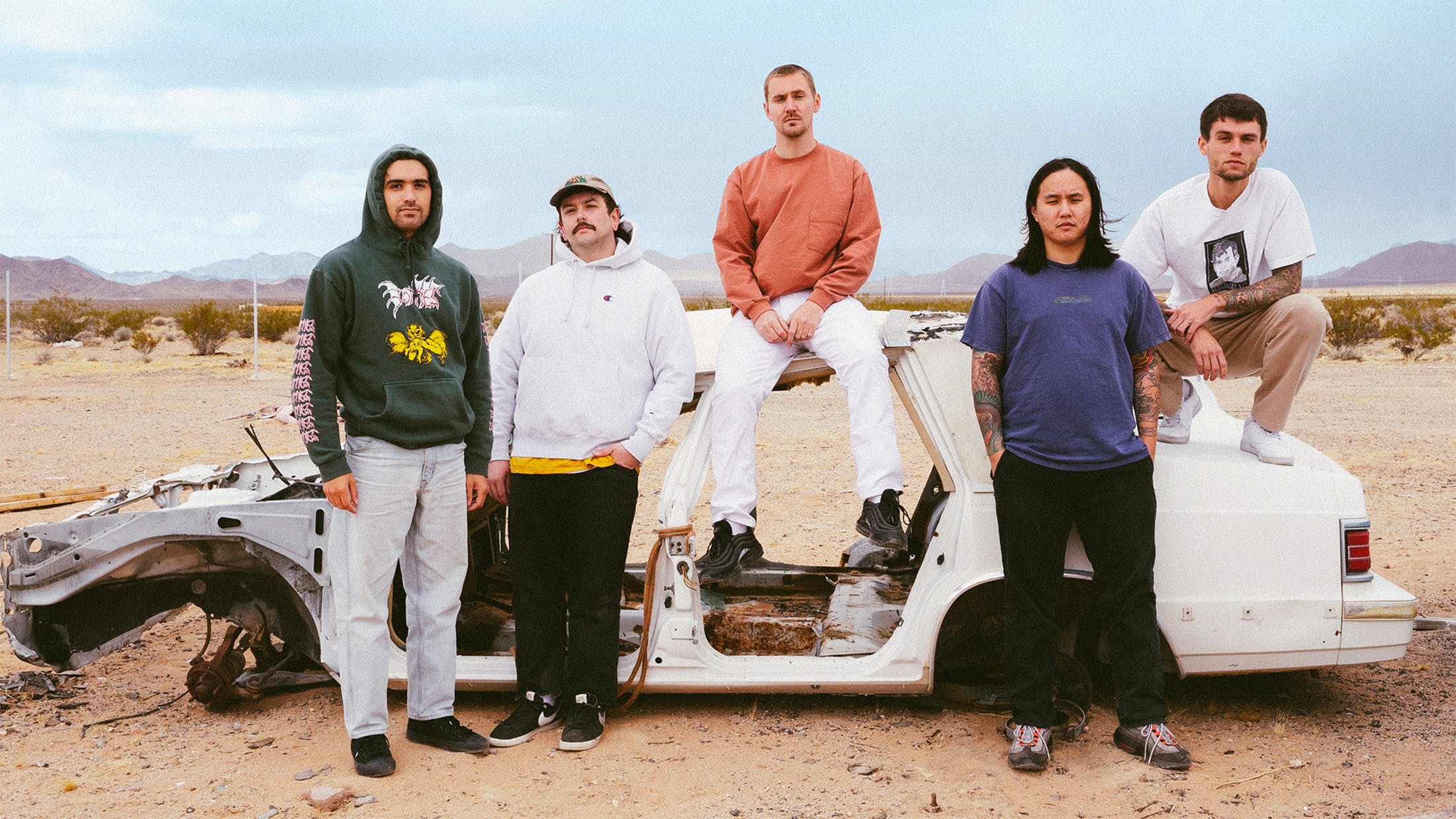 There are very few things about Ian Shelton’s relationship with music that would fit neatly into a box marked ‘typical’, apart from, as he sees it, where it all started. “It was just the classic ‘fucked up kids discovering punk’ situation,” he smiles.

Ian grew up between the Bay Area and a small town in Washington State called Enumclaw. He took a nascent appreciation for pop-punk with him when he moved north and – hardened by a dysfunctional relationship with school and a difficult home life as his alcoholic parents slipped in and out of sobriety – found an outlet in hardcore and the eye-to-eye intensity of the DIY shows he started booking in his teens.

“I [still] have this mentality of if you’re not gonna like me, then I’m gonna give you a fucking reason not to like me,” he told Stereogum last year, and that attitude has carried over into his most recent project.

Obliterating the barriers between hardcore and noise-rock, with a baked-in vein of Guided By Voices-style melody, Militarie Gun’s music is confrontational purely because it’s doing something completely different to what people expect from Ian, who has spent recent years cracking skulls open with the unwaveringly intense powerviolence of Regional Justice Center.

On their recent run with Touché Amoré, Vein.fm, and Scowl, they were the odd band out in everything but attitude. “I'm very used to an adversarial relationship with audiences, and being unable to tell whether or not they're enjoying something,” Ian says. “But, at the same time, Militarie Gun still has an atypical sound. We'll have people coming up, comparing it to literally any type of aggressive and melodic music. The spectrum can be as insulting or as complimentary as possible.”

It's striking just how fully formed Militarie Gun felt when the demo came in spring 2020, and debut 7” My Life Is Over a few months later. This was something new and untested, but Ian inhabited its skin with total commitment, playing every instrument and delivering each hook with an attention-grabbing bark.

Ian began working on Militarie Gun as soon as COVID got its hooks in, resulting in a Regional Justice Center tour being pulled. He went to the practice space for hours every day, assembling songs that were manifesting in unexpected ways. Across those stifling weeks and months, as his normal life of touring and making music videos faded from view, the project started looming large in his mind, like it might be something to actually pursue properly.

“I put out the demo and it seemed like it clicked in a way that was more instantaneous than anything else I had done. Part of it was the feedback that made me [realise], 'Maybe there's potential in this.' And then I'm such an obsessive that I went harder than I possibly could.”

Since then Militarie Gun have become an honest to goodness band, with William Acuña (guitar), Nick Cogan (guitar, also of Drug Church), Max Epstein (bass), and Vince Nguyen (drums) filling out the line-up. They’ve released two further EPs, a collaborative single with the Richmond, Virginia power-pop master Dazy, and begun touring regularly, including a forthcoming UK run around their appearance at Outbreak Fest.

Throughout this sudden period of growth, Ian has kept writing music. So much has his songcraft improved, in fact, that Militarie Gun's new material sounds like it belongs to a separate timeline to what came before.

“The relationship to it changes, but less so than the emotion – it's harder to tap into the writing of it in some ways,” he admits. “I'm just like, 'I wish I was singing all these new songs that we have unreleased because I'm more proud of the melodies and lyrics.' To me, that's where the struggle comes from with being a band with such a limited output. I still really do love the songs from our first 7", but it's the trap of being a constantly touring band because we have to keep playing the same songs.”

Militarie Gun are a fascinating proposition within the context of Los Angeles’ ever-expanding hardcore scene, given they have an aesthetic that allows them to stand out amongst a patchwork quilt of genre subsets.

“LA is cities within cities, it's massive, you know? There's the South Central powerviolence scene, things that lean way more hipster in Silverlake, and the Valley has God's Hate and all these crazy, super-heavy bands,” he says. “You could probably do multiple shows in LA without the same audience showing up twice. We've only played two LA shows so far. I definitely don't feel like we belong to any one thing, and I've purposely kept a distance from any specific things so that we can just do whatever we want and not be limited.”

On that note, Ian observes that they’re often added to playlists by hardcore bands called things like: ‘Our favourite non-hardcore bands.’ Maybe it’s still verboten in some circles to admit you like singing along?

“We're only leaning heavier into melody and catchiness and a pop sensibility as we're going, so it'll be really interesting seeing people have to straddle that line of what they want to say about us, or what they will then start back handedly saying about us,” he grins. “I personally think the tradition of hardcore is is born in that. First wave hardcore was a lot more melodic, and all the band's sounded different. I think we sound different compared to our peers, which is about the most hardcore thing you could do.”

Watch Militarie Gun’s new video for Let Me Be Normal, taken from their upcoming All Roads Lead To The Gun deluxe edition.