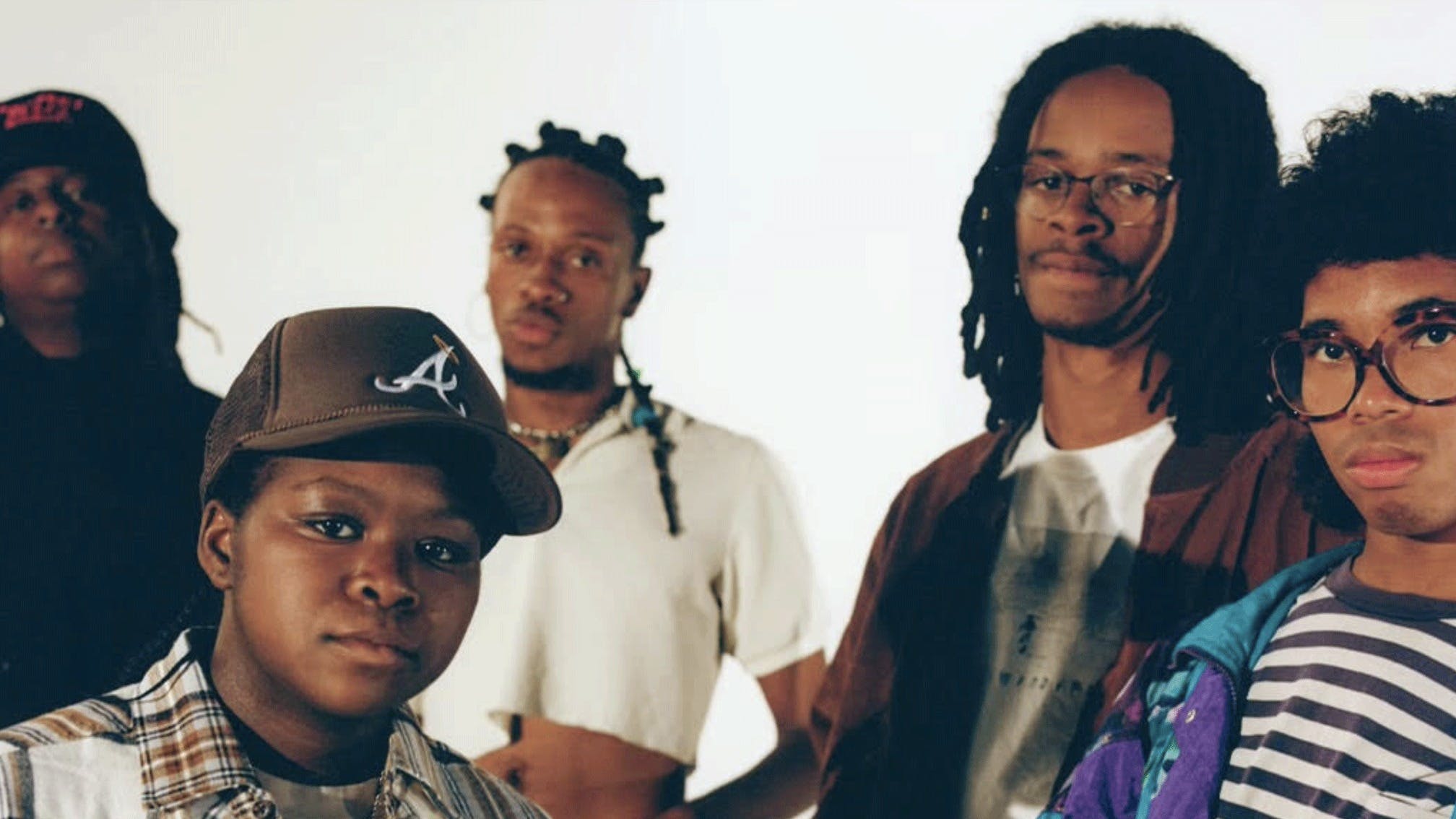 Anaiah Lei is in it right now. As soon as he ends this call he’ll be out of the door, studio-bound to continue work on the first album from his ever-evolving powerviolence project ZULU. “Today is day two,” he says. “It’s a bit wild. We’re just getting started.

“When people hear the record, they’ll know that they’re hearing something completely different,” he continues. “It’s not all just going to be hardcore, or whatever genre this falls under. It’s not just going to be heavy.”

Having begun as a one-man project in 2019 while Anaiah cycled through drumming gigs – until fairly recently he manned the kit for Orange County straight edge band DARE – ZULU has grown to incorporate a cast of musicians, among them guitarists Dez Yusuf and Braxton Marcellous, bassist Satchel Brown and drummer Christine Cadette, bringing it closer to the ideal that Anaiah described in an interview with Blackfists’ Cedrick Gustave as “a band that’s 100 per cent for and about Black folks”.

Last summer ZULU signed with Flatspot Records in order to reissue their EPs Our Day Will Come and My People​… Hold On on vinyl for the first time. Both collections are dynamic, complex works that incorporate skits and samples to create a dimension of mixtape sprawl, with Nina Simone’s voice sitting alongside an excerpt from Malcolm X’s Who Taught You to Hate Yourself? speech and a series of short, unrelenting bursts of noise.

“I’ve always been a fan of sampling and changing things up,” Anaiah explains. “I’m not trying to make a standard hardcore record. It didn’t really sound like anything that’s going on right now. A lot of the samples are just stuff that I enjoy and, for this project, it’s all about the things that I enjoy.

Other than shaking fillings loose the overall effect on both EPs is to situate ZULU’s music on the spectrum of Black art, while also pushing for greater inclusivity and representation in a genre of music that is often overwhelmingly, and sometimes unwelcomingly, white. Anaiah gets that, but doesn’t totally buy the intentionality angle – it feels like a reach from someone else. There is weariness about the fact that it’s a talking point at all.

“It’s all culture to me,” Anaiah says. “You know, that’s really what it was. And then when it comes to bringing in a band where all of us are Black, that is an important thing but also people make it a lot bigger than it is. I guess only because it’s not the norm, and that is what’s the issue. It should be very normal. No-one would ever mention this for any sort of band if it had all white members in it. That’s my whole point. This has been an issue, and still is an issue, but I don’t say that outright – it kind of speaks for itself.”

Anaiah grew up in Los Angeles, picking up a guitar for the first time aged four or five. The instrument didn’t stick at first, but the drums absolutely did. He first encountered punk and hardcore from his father, who’d come up with the city’s first waves decades earlier. “My dad grew up out here,” he says. “A lot of the early stuff that I was intro'd to as a little kid was early ’80s hardcore and the Orange County punk bands, like TSOL, Adolescents and stuff like that.

“That was my early years, being into the old school, like the old-old-school, and going to see those bands out in Hollywood, because they still play. All those old LA, Orange County bands still play to this day, which is crazy. That’s really what it was like for me as a young teenager, and then there was the progression of getting into later ’80s stuff like Youth Of Today. From there it was about finding other bands, but it was easy because I already had a starting point.”

These days the Los Angeles scene is vibrant, stylistically varied and churning out new bands at a crazy rate. “Right now there’s a whole lot of bands. There’s a lot, a lot, a lot, a lot of bands,” Anaiah says. “I don’t want to say it’s almost too many, but there’s so many bands that pop up that I haven’t even heard that I’m like, ‘Man, it’s almost hard to keep up.’ But it’s a solid scene, it’s probably the most solid it’s been a minute, and it is kind of all over the place. I will say that.

“Within one scene, there’s so many different scenes, and it’s such a big place. There’s grindcore kids, there’s beatdown music, there’s kids that are still into Youth Crew and stuff. They don’t all go to the same shows. It’s not the most unified, I’ll admit, but if you want to get into a scene, there’s something for everyone.”

ZULU have been back on the road of late and Anaiah has been soaking in the shows after so long away. He is still a work in progress as a frontperson, but that definitely fits with the shifting sands of their sound and approach to hardcore, which offers a patchwork of influences and perspectives rather than phoning in something less honest. “It's interesting trying to find my presence and how I want to present myself,” Anaiah says.

“The one thing I wanted to do with this project was be myself entirely. I try to take that same energy and that same idea when I’m up there, because a lot of people portray to be something they’re not when they’re onstage, trying to be a lot harder than they are. And I’m like, ‘You know what, I’m not really that hard, you know?’ So if I want to dance a certain way, I’m going to dance a certain way. I’m just trying to be true to who I am.”

ZULU have unleashed a new single, When I’m From, featuring Soul Glo’s Pierce Jordan and Playytime’s Obioma Ugonna. And the accompanying video has a cameo from comedian Eric Andre!

ZULU have shared that their debut album – which is “not just going to be heavy” – is coming out next year via hardcore label Flatspot.