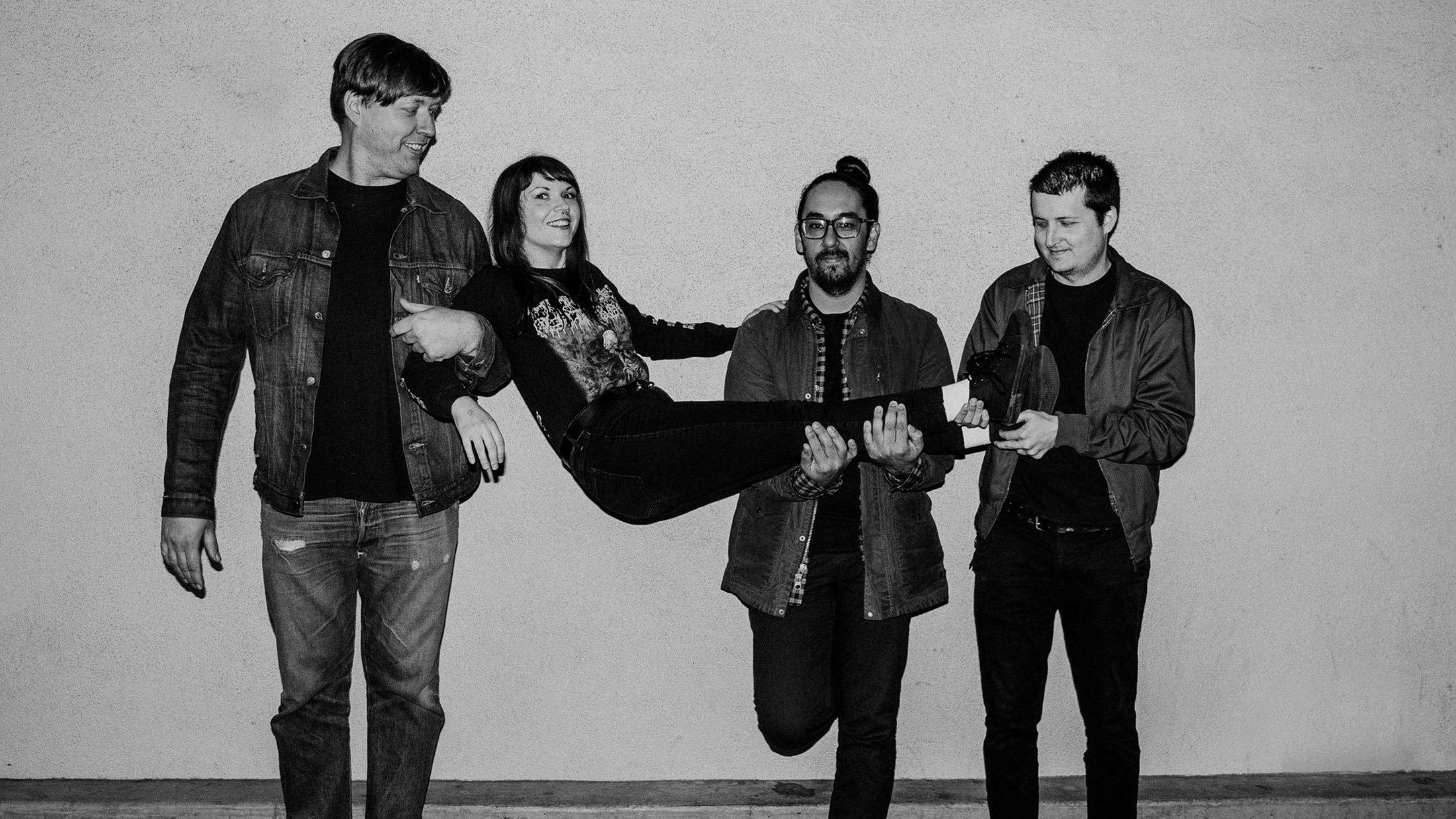 Los Angeles hardcore has long had a fight on its hands in countering outside perspectives on the sunlight, the surf, the California of it all. But in the decades since Black Flag tapped into a strain of stifling pain and horror in their beach town, bands have consistently found ways to celebrate that juxtaposition, and to add further depth and nuance to a complicated dynamic.

Entry play fast, brutal, grimy hardcore that stitches a knotty seam of Converge-style heaviness to songs with obvious roots in the west coast’s earliest thrashings. Where so many of their contemporaries scale step after step in order to drop in on a breakdown from the greatest height, this LA mob speed through songs based around clipped power chords, D-beat callbacks and vocalist Sara G’s percussive, rib-cracking roar. If there is any sunshine here, it’s a vanishingly small amount.

Here’s their debut album Detriment in numbers: nine songs, 15 minutes, zero prisoners. It’s high-wire stuff to play with this level of intensity and outright belligerence, but they have it down in a way few bands have done since San Francisco’s Punch hung it up almost a decade ago. “I never really feel like we have to pull anything off, you know what I mean? We just kind of all go in with a different style and figure out how to put it together,” Sara says.

Entry's existence stems from a chance meeting. While on tour as Code Orange’s merch person / driver, Sara and the band crashed at Touché Amoré guitarist Clayton Stevens’ place in LA. The two became fast friends and soon began trading ideas while she was still living in Pittsburgh. Their first demo landed in 2013 and Sara eventually made the move west permanently, bringing together the line-up as we know it now – completed by bassist Sean Sakamoto and drummer Chris Dwyer – around five years ago. These days, they are locked in as a unit.

“​​I wouldn't say that writing really takes too long,” Sara says. “Clayton and Sean will go in, one plays off the other, and all of a sudden a song is done. You're like, ‘Okay, that was pretty great. Let's move on to the next one.’”

Cutting back against the barrage of noise is Sara’s consistently punishing performance. Lyrically, she charges from misinformation and the fractured political state of the U.S. to the process of moving on from trauma, bringing each line crashing into the world with gut-wrenching vibrancy. “I think using my show mic helps me,” she explains. “I just use the same one that I play with, and it gets me in that headspace.

“I enjoy the process of everyone else recording, going through that and helping to produce the record. But when it comes to vocals, I hate it. It's hard to not be super critical. It doesn't matter that much, but I'll hear something, my voice will crack, or whatever. A couple months later, I'm like, ‘Oh, this sounds pretty good, actually.’ It's tough. But we get through it.”

Before settling in the City Of Angels, Sara moved around a lot. Her dad was in the military and she bounced between Virginia, Kentucky and Pennsylvania as a kid, with her sister and their shared love for music providing an anchor. “We moved so much, we didn't make friends very easily,” she recalls. “So we kind of just hung out with each other and listened to music all the time at home, [playing] Madonna in the basement, making up games.”

When she was seven or eight, her father brought home a cassette copy of Green Day’s Dookie, which is about as good a gateway drug as you can find. From there it was Nirvana, Korn and on to message boards, Punk-O-Ramas, and other label and magazine comps, leading to an appreciation of ​​Thursday, Converge, Poison The Well and Glassjaw. Eventually, a tip off online led her to the hardcore scene in Wilkes-Barre, Pennsylvania, around an-hour-and-a-half away from where she went to high school.

“I've probably been to a thousand shows in Wilkes-Barre and there were all sorts of things that thrived there,” she says. “There was a huge ska scene, which is not really my thing but it's cool that everything was going on. That's when Title Fight were super young, and Cold World and all that kind of thing. Right before I started going was when screamo was really big there. I was super into that, but I kind of missed that wave. It was just a really cool place, a lot of weirdos. I felt like I fit in a little bit.”

In Los Angeles, she had to do it all over again, and soon found a scene bubbling under that began to make larger dents in her day to day life. Bands seemed to pop up with alarming regularity, and the geographic sprawl of the city ensured that no two pockets of activity were quite the same.

“When I got here, I was kind of going through a little bit of a health thing,” she says. “And at that point, I really didn't find it reasonable for me to go out every night, so I was a homebody. It's funny, though, because more recently I've been going to so many shows, going out almost every night for the past month, and really trying to support the scene.

“​​It was a little tough for me at first because I was already an adult,” she adds. “I was 27 when I moved here. Even at that point, it's a little harder to make friends when you're older, and you want to be home a little bit more. We had started Entry a little bit before I moved here, and by just playing a few local shows here and there, I started to meet people. I've found a place here.” All ages goes both ways. “I'll be 35 soon, but here I am!” she laughs.

Detriment was released in the summer of 2020, essentially into the COVID void, but Entry have kept moving. Those songs have since got their flowers on the road, while the band recently captured six new ones that are currently in suspended animation. “So, that will be a seven-inch at some point,” Sara says. “That takes a really long time right now. And then we plan to write a few more songs and put something out with a quicker turnaround.

“I would say it's a little less dark,” she continues of the music. “In a way it’s more a straight-forward kind of hardcore, which I think we did a little bit on our last record, sprinkled in. I'm really hyped on them. I'm excited to play them. They get me pumped up.”