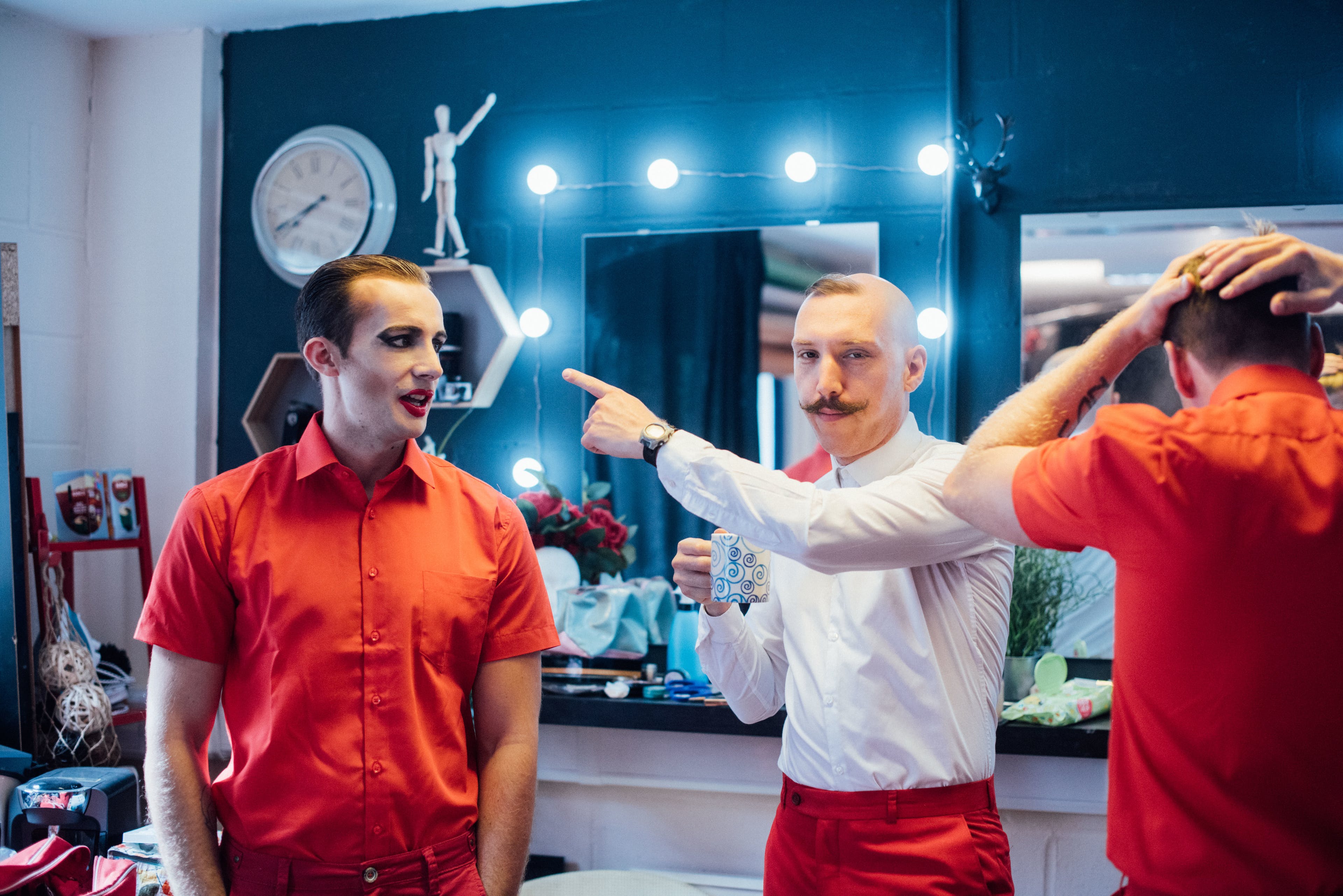 Back in August, Jamie Lenman had a sudden realisation. The musician had spent the previous couple of months covering all manner of music as part of his Shuffle album when it hit him that he hadn’t spoofed any videos.

“The night after ArcTanGent, we went back to a hotel and I couldn’t sleep,” Jamie tells Kerrang!. “I ended up watching VH1 Greatest Videos or whatever at about 5am, and realised that I’d made an entire album covering other people’s songs, but none of the videos were covering other people’s videos! It seemed so obvious, but I’d nearly gone through the whole campaign – seven music videos – without doing a remake of some legendary promo clip!”

With “about a week’s notice” Jamie got to work on the video for Handsome Stranger Called Death, based on Robert Palmer’s iconic Addicted To Love promo.

Read this next: Why you should respect support bands, by Jamie Lenman

“We didn’t want to slavishly do it shot-for-shot, but we have got all the basic set-ups the original has: the close-ups of everyone miming terribly, the lip-licking…,” explains Jamie. “I’m really happy with it. I think we pulled it together with basically no time and no money, and Scott Chalmers, the director, has done a fantastic job. Why didn’t I think of it before?”

Read this next: 20 bands who didn't get the respect they deserved