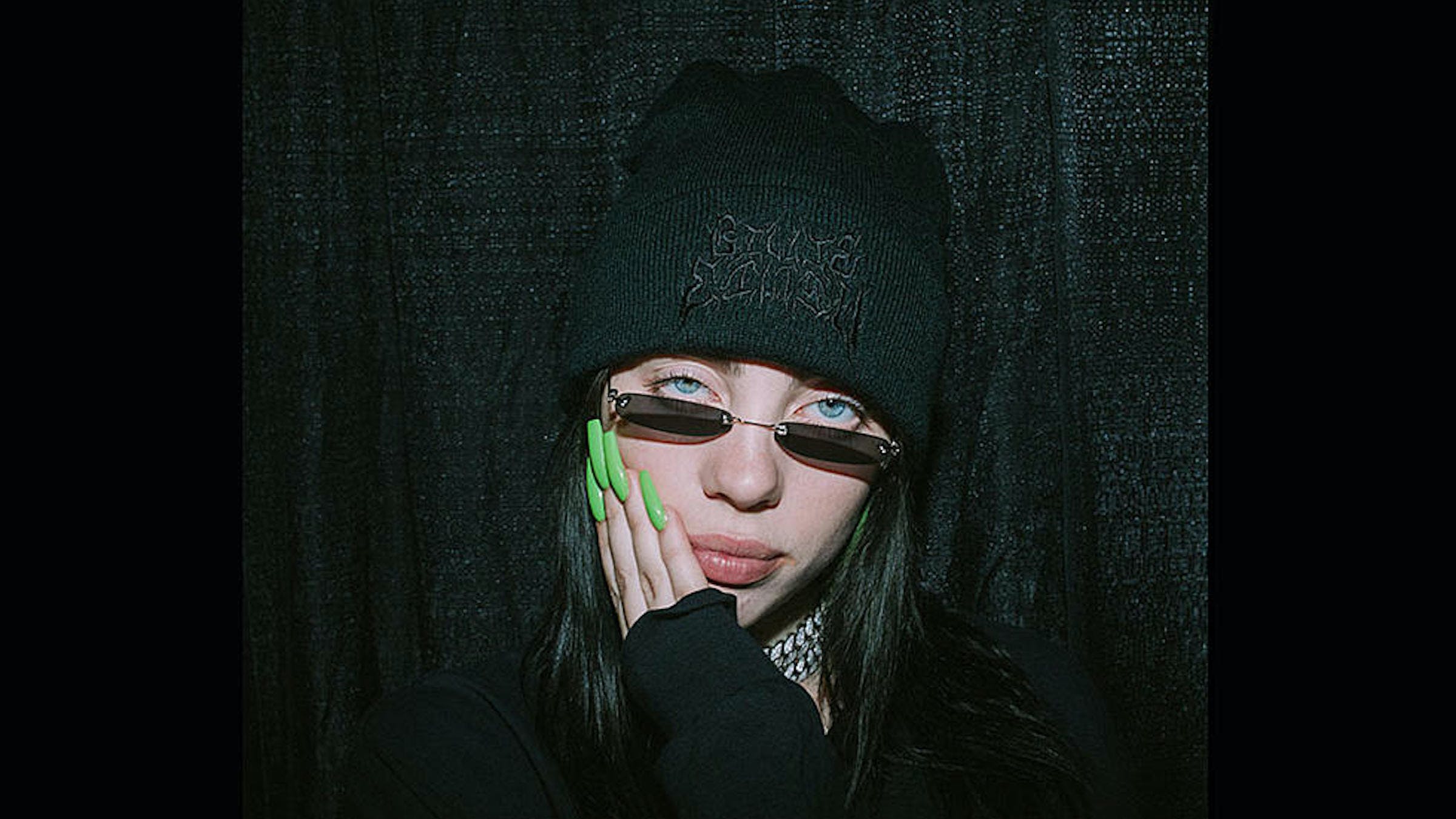 Because of its distinctive style, heavy metal lettering has been adopted of late by artists and entities having little to do with the music itself. Rihanna, Justin Bieber, and Zayn Malik all sold lines of merch with their names done in 'metal' fonts; only earlier this year, the WWE released a line of metal parody shirts (though to be fair, professional wrestling is pretty metal). Now, breathy pop star Billie Eilish is getting in on the act, having recently revealed her own death metal logo beanies as part of her new merch line.

The beanies are part of Billie's current Blosch merch line, with her name in a black jagged font on a black hat. They sell for $25, and cooly enough come with a free digital download of her album When We Fall Asleep, Where Do We Go?

Billie modeled the new merch recently via her Twitter:

READ THIS: Inside the world of extreme metal logos

On the one hand, some metal purists might grouse at this, claiming that Billie is appropriating their style or imagery for the cred it brings without honoring the traditions behind it. But the truth is, Eilish has always been a proponent of outsider culture and fashion, looking more like your average punk kid than pop star. Meanwhile, her big single, Bad Guy, isn't about going dancing at the club -- it's pretty dark overall.

Billie's fandom also hasn't gone unnoticed by some of the artists she shouts out -- earlier today, Rob Zombie posted the following to his Instagram:

Where extreme metal's unusual logo style comes from isn't entirely clear, but there are some classic examples of bands using their lettering to create distinct identities for themselves. Speaking to Kerrang!, extreme metal artist Mark Riddick couldn't put his finger on one specific moment or band, but could think of a few distinct logos.

“I’m sure fans have varying opinions about the exact genesis of the heavy metal aesthetic” he says. “However, I’ll point to Black Sabbath, who are considered one of the major progenitors of the heavy metal genre. Other bands like Judas Priest, Metallica and Celtic Frost also paved the way for heavy metal logo evolution, just as they did simultaneously with their musical output in the genre.”

READ THIS: The worst fonts in metal and hardcore