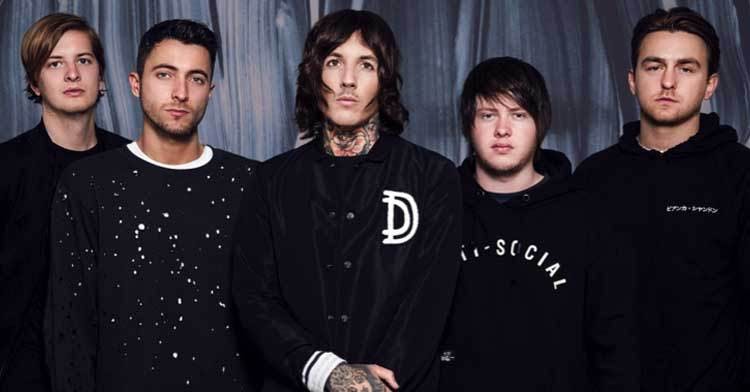 Bring Me The Horizon have announced Mallory Knox and Neck Deep as special guests for several dates of their 2015 UK tour.

Mallory Knox will join the British heavyweights for their sold-out shows at Southampton’s Guildhall on October 31 and Glasgow’s O2 Academy on November 24. Meanwhile, pop-punks Neck Deep will provide support for their shows at Birmingham’s O2 Academy and Bristol’s O2 Academy – full dates below.

These run of academy shows are a warm-up to Bring Me The Horizon’s MASSIVE arena tour in November. Grab your tickets from the Kerrang! Ticket Store now!

Catch Mallory Knox on tour with Bring Me The Horizon at the following:

See Neck Deep on tour with Bring Me at the following:

….And Horizon are playing a run of dates with Neck Deep and PVRIS next month:

Check out 10 Reasons Bring Me The Horizon’s New Album Will See Them Conquer The World: