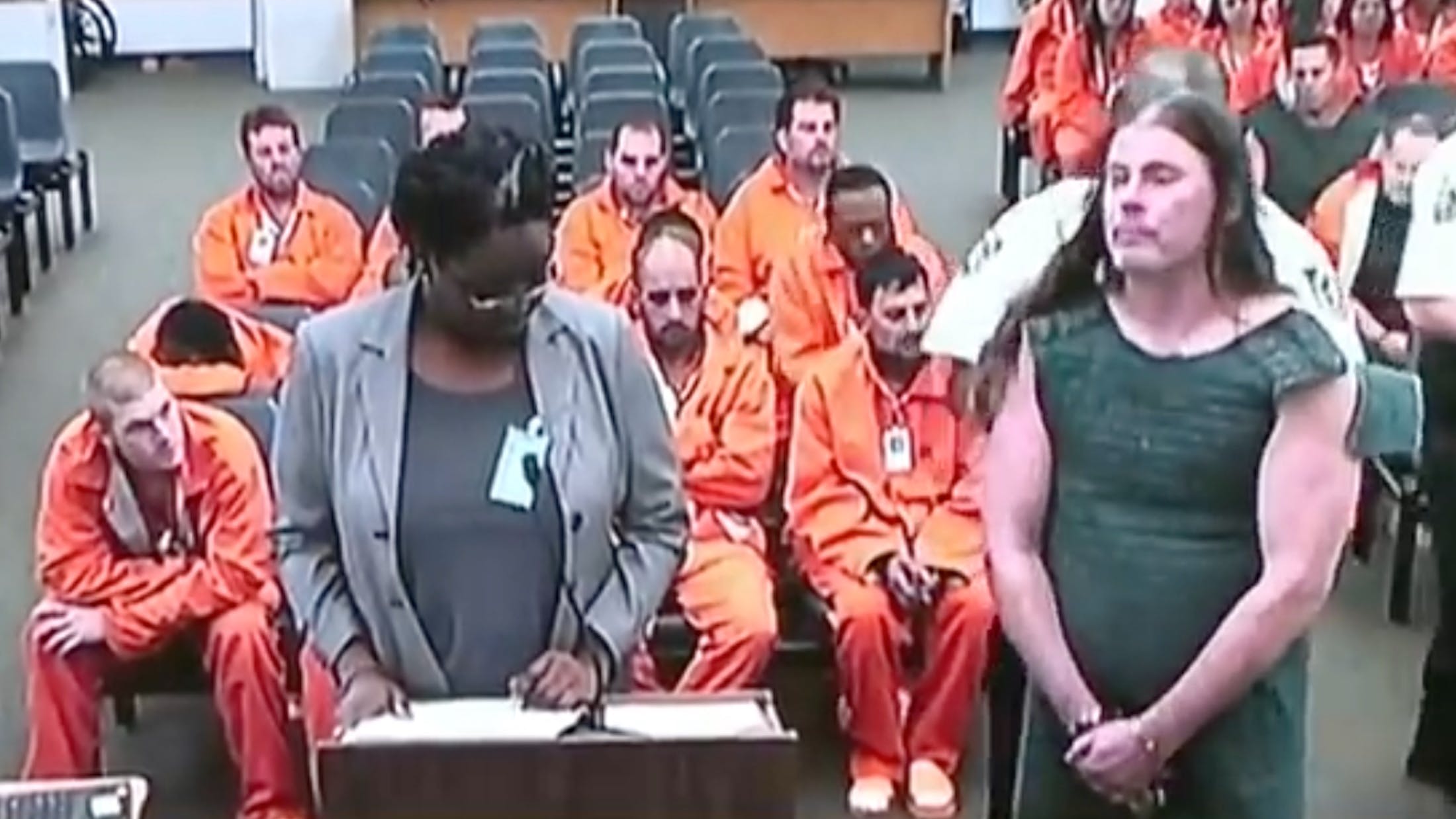 Following yesterday's news that Cannibal Corpse's Pat O’Brien was arrested for burglary and aggravated assault on a police officer, the guitarist appeared in a Florida court to face charges.

According to Florida TV station WFTS-TV, O'Brien entered a house that wasn’t his own, refused to comply with requests from the owners that he leave the house, and shoved a woman down during the process. He then headed to the backyard, where deputies found him. When they tried to apprehend him, Pat rushed them with a knife, at which point he was tased and arrested.

O'Brien was detained in Hillsborough County jail and appeared in court, bound in chains and wearing an anti-suicide vest.

A judge told the guitarist that he will have to undertake a drugs test before he can be considered for release on $50,000 bail.

Watch Florida station WFLA's news report on the case below.

Cannibal Corpse were recently announced as support on Slayer's upcoming dates. It is not known at this stage how the guitarist's arrest will affect his participation during the tour.