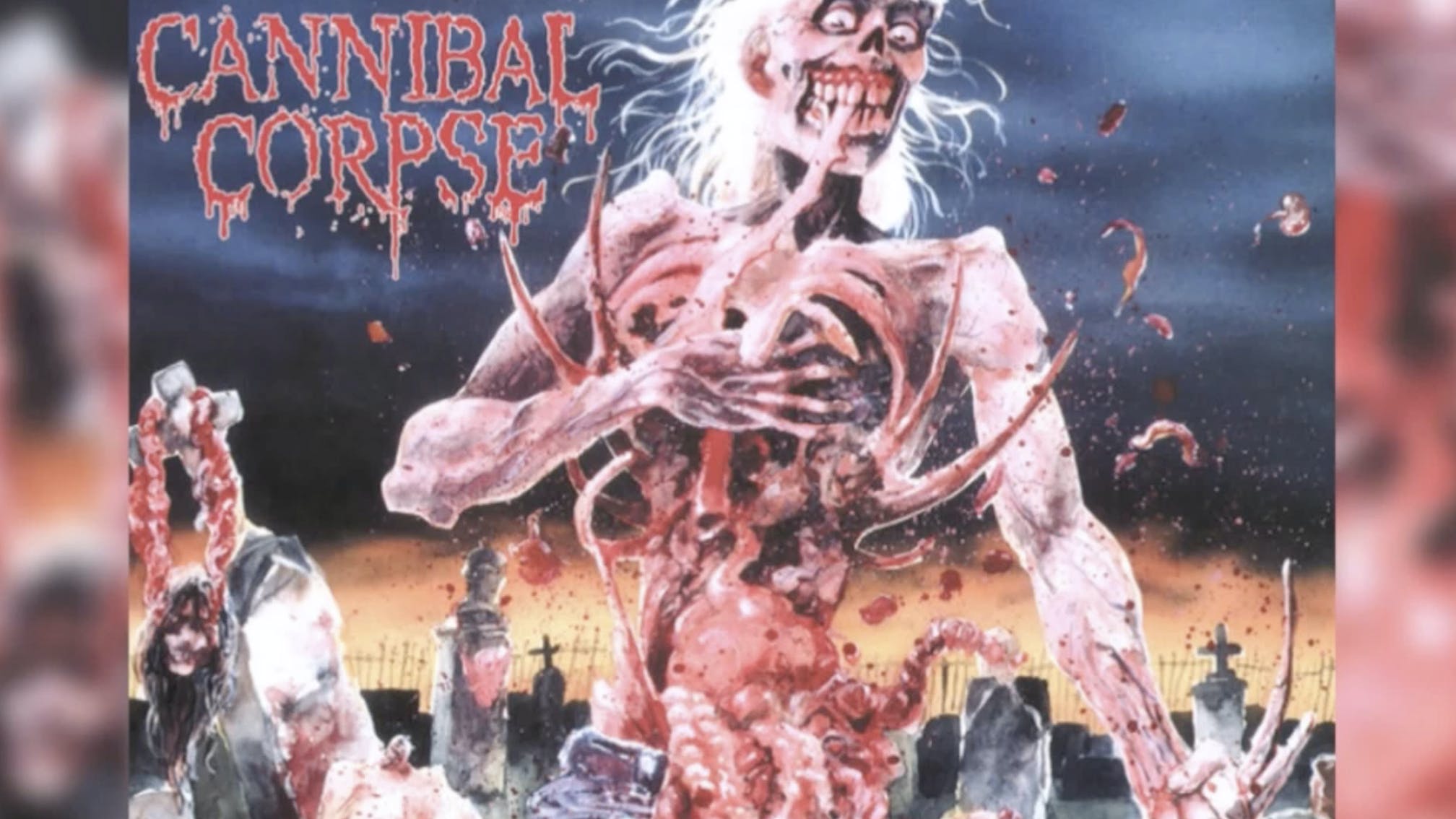 Kourtney Kardashian's attire has caught the attention of former Cannibal Corpse vocalist Chris Barnes (plus the metal world as a whole) after the reality star was spotted wearing one of the band's shirts.

Sporting what looks to be a long-sleeve featuring the album cover of 1990 debut Eaten Back To Life (which was done by horror comic book artist Vince Locke), Kourtney was photographed wearing the top alongside her boyfriend, blink-182's Travis Barker, seemingly borrowing from the aesthetics of the rock scene of which Travis is a part of.

But Chris – the vocalist of the death metal legends from 1988 to 1995 – wasn't thrilled with what he saw, calling the couple 'posers' on Twitter. He also replied to writer Liana Satenstein, who did a story on the outfit for Vogue, writing: "Here’s my response" with a thumbs-down emoji.

Liana shared on Vogue that Travis has apparently given Kourtney free rein on his wardrobe. "Kourt has told me before that his closet is an archive itself," Kourtney's stylist Dani Michelle says. "She can pick any T-shirt to wear and it’s the softest, coolest thing ever. Sometimes she just wants to raid it."

Read this: George 'Corpsegrinder' Fisher: "We pick on everyone… There’s some sensitive fucking people out there and it seems to be getting worse"