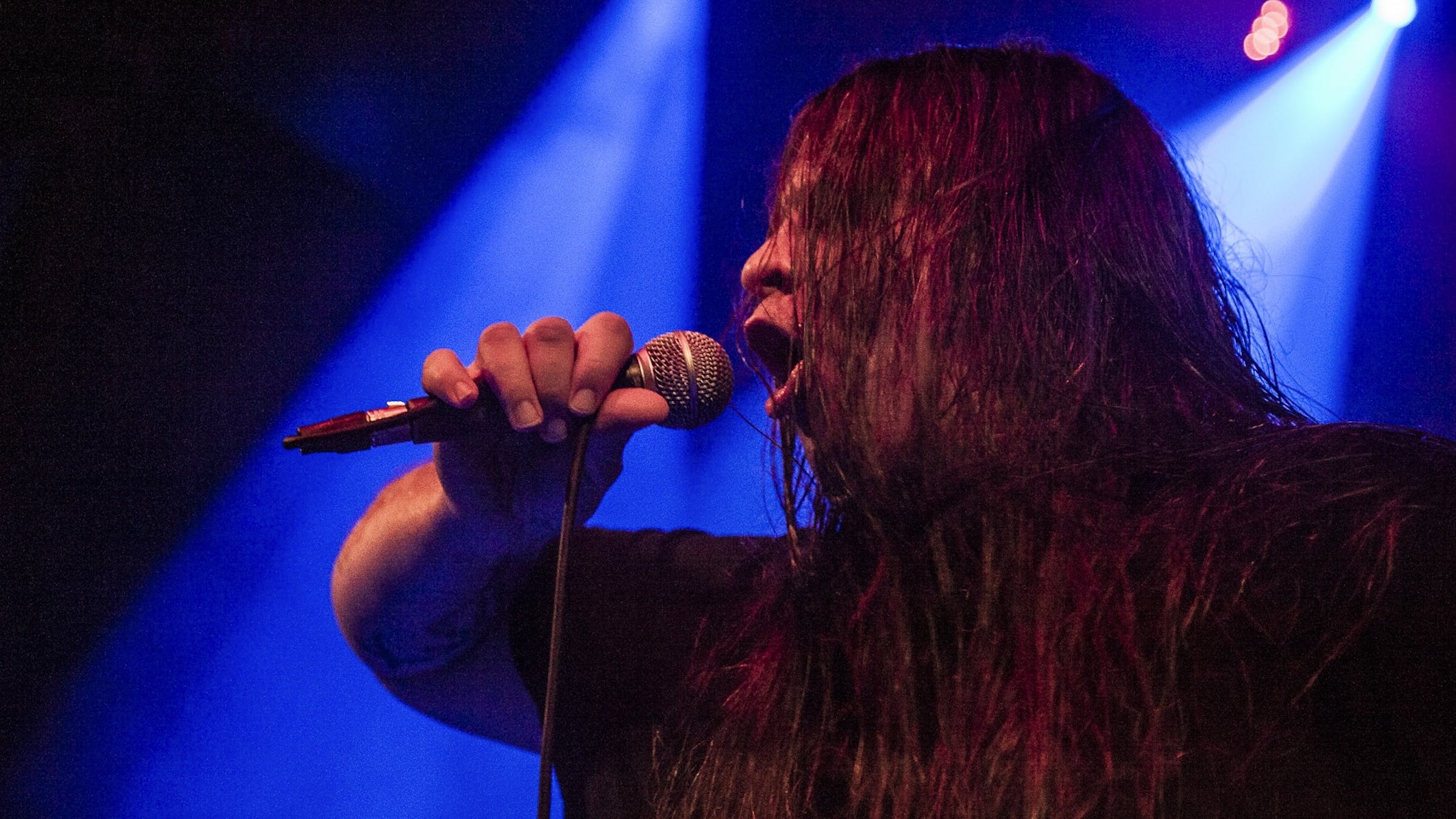 It’s a miserable Saturday night in Jersey City, New Jersey, and rain blastbeats the pavement. But that doesn’t stop the misanthropic hordes from piling into White Eagle Hall’s narrow ballroom to get in on tonight's incredible line-up. The audience is very much a Jersey crowd, more slam-oriented death metal purists than New York arch-evil metalheads or scene tourists. Some of the staff stare on with curiosity and vague concern, not sure what they're in for. After all, it’s White Eagle Hall’s first metal show, and no one gets the maggots wriggling out of the woodwork quite like Florida's own Cannibal Corpse.

Harm’s Way open up the night soon after doors and swiftly pull the rug out from under the first fans in attendance. The Chicago crew’s brand of driven hardcore isn’t exactly the violence that tonight’s audience is expecting, but three songs in, people are dried off, warmed up, and getting into it. Frontman James Spligge bellows with such abandon and looks so much like an action figure that it’s impossible to ignore him, and by halfway through Harm's Way's set he’s won over the crowd. As one dude puts it after they leave the stage, “Well, they aren’t really metal, but that shit was heavy, bro.”

Hate Eternal are much more this audience’s speed, and rip right into a mix of hits from their previous two decades' work and jams off of their latest, Upon Desolate Sands. Frontman Erik Rutan is in good form, looking as commanding and intimidating as ever. The music’s sheer brutality gets maniacs circling and shirts coming off, though sound issues dog the band throughout their set (which is a damn shame with Origin's John Longstreth behind the kit). That said, seeing Hate Eternal is always a pleasure, and the crowd eats it up.

After a lengthy break, Cannibal Corpse erupt onstage to raucous applause. The band immediately dives into a block of new classics, including Only One Will Die, Red Before Black, and the punishing death march of Scourge Of Iron, before moving on to a smattering of songs from throughout their catalog. The pit explodes with elbows, whipped hair, and even more shirts being yanked off in devotion. George “Corpsegrinder” Fisher’s inimitable headbanging and windmilling become the focal point of the entire night, and fans crowdsurf like crazy in their adulation (though he respectfully declines to put on the Hawaiian leis one metalhead tosses onstage). The band closes with the unholy trio of Make Them Suffer; Stripped, Raped, And Strangled; and the inevitable and glorious Hammer Smashed Face.

By the time Corpse call it a night, the venue is humid with sweat and body heat. Fans head out into the now-cooling rain feeling slightly tenderized. If a venue's going to host their first metal show, it might as well be the best game in town.