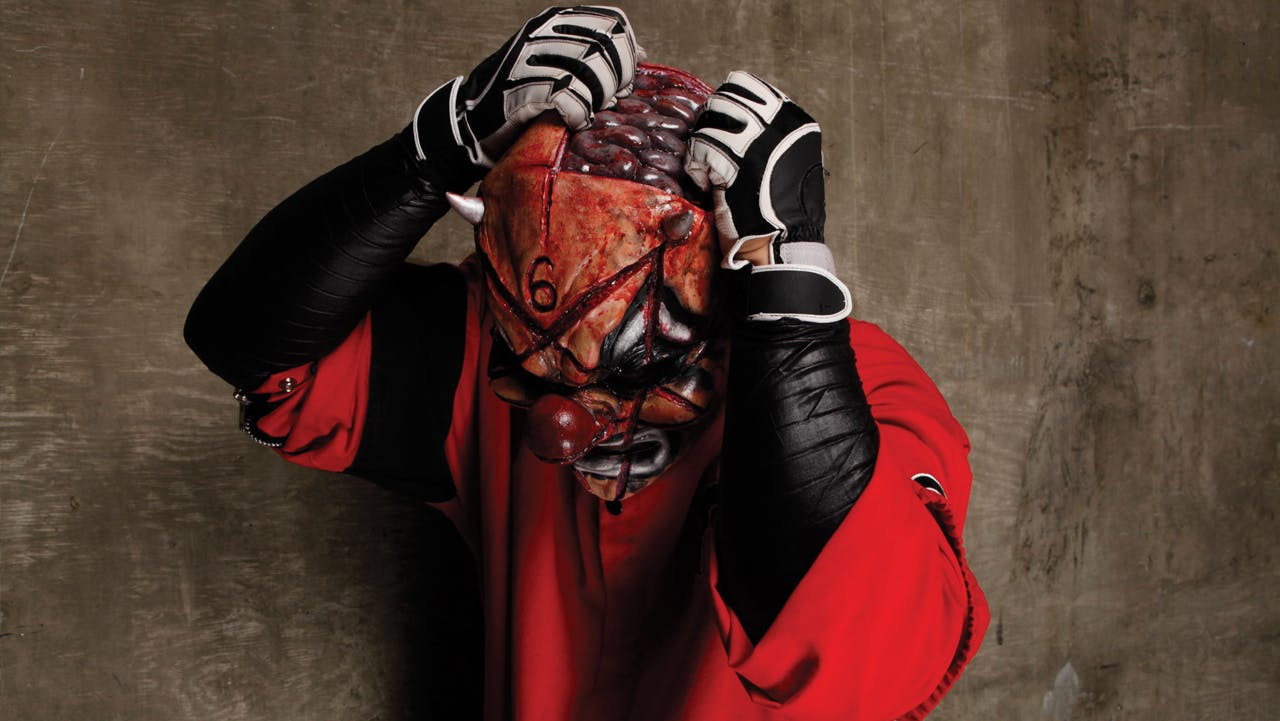 It's a hell of a time to be a Slipknot fan right now, with a new album set for release in the summer, and a whole load of huge festival dates planned throughout June and July.

And not only are the maggots understandably stoked about what's to come from Iowa's finest this year – percussionist Shawn 'Clown' Crahan tells Kerrang! that he's equally as excited.

Have you ever gone into an album and touring cycle feeling this refreshed and ready before?
“Never. Not even the first time. It’s always been a mess. I’m not gonna say it’s not gonna be a mess now, but shit’s happening. It’s on. We’re all ready to go. Everybody is so excited. It’s even better that Corey Taylor is really excited, because he does a lot of work, goes out with Stone Sour, does solo gigs and solo things – from books, to award shows. Whatever he’s doing, he does a lot. And it’s always awesome to feel his excitement. Most people in his situation would be like, ‘I’m gonna take a year off’, but he’s got a certain demeanour right now for Slipknot. And that feels awesome. And that’s how it feels now with all the guys. We have a schedule, and it’s fucking hardcore, and there’s a lot of things going on inside that schedule.”

But it’s all feeling good?
“I’m having the best time of my life in Slipknot – I really am. I’m blessed to be here, and I still have a band and art form that I love more than anything. They’re my friends. We’ve lost some, we’ve gained some, but we’re all still here and we’ve learned a lot. The music is on fire, the art, I feel, means something to people – and it hasn’t always felt that way for me. A lot of that is just me slowing down: relaxing, and trying to have a better time, and having a little fun. But I’m still me and I’m still Clown, and I’m getting older. I don’t see the worst in a lot of the things I used to fight for. I’m just in a good place, and I want to come out on top for myself.”

Catch Slipknot at the following dates this year: