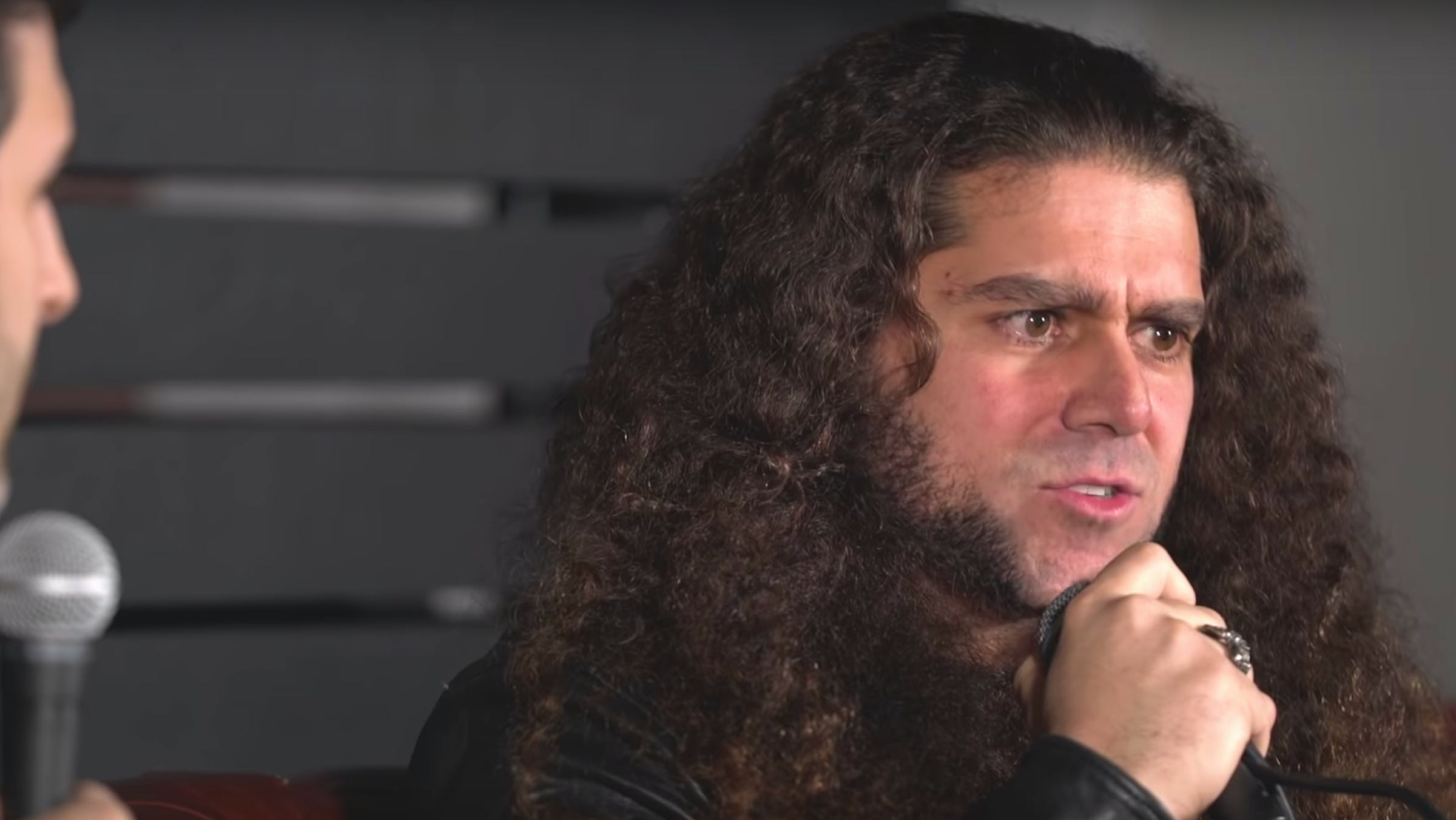 When Coheed And Cambria's Claudio Sanchez stopped by Kerrang!'s U.S. office in Brooklyn to tape an episode of In Conversation, the vocalist and guitarist revealed the most difficult audiences for which his band has ever had to play.

In our streamed video of the interview, an audience member named Daniel wants to know if Claudio had ever played for a tougher crowd than the fans of Iron Maiden (whom Coheed opened for on tour in 2012).

"I think tougher than Iron Maiden would be Slipknot," Claudio responds, to which the entire live audience of Coheed fans laugh.

"We do pretty well as a support act. With Iron Maiden there was a lot of similarities, so I don't think it was as tough… But Slipknot… in select cities, it was a little rough."

What was the toughest part about opening for Slipknot?

"When audience members… are really verbal," Claudio explains, drawing laughs, "[about] how much they don't like you," implying that concertgoers would hurl insults or obscenities at the band. "That can be kind of discouraging. But for the most part, you just close your eyes. That's why I have the hair. Most of the times I don't see it, I hear about it afterwards."

But Claudio goes on to clarify that there are huge benefits to opening for an electrifying band like Slipknot, which has a notoriously passionate audience. "That's why I wish we could get more support gigs," he explains. "I think it is important to the growth of the band. But… we're a strange band."

When asked if there's a dream band he'd love to open for, Claudio takes a moment to think and then proclaims, "I'd like to open for the Foo Fighters." He then goes on to detail his past interactions with Dave Grohl and Taylor Hawkins (who played on 2007's No World for Tomorrow).

The Foos and Coheed? Yeah – we'd attend that tour.

Watch the whole interaction starting at 27:17 below.