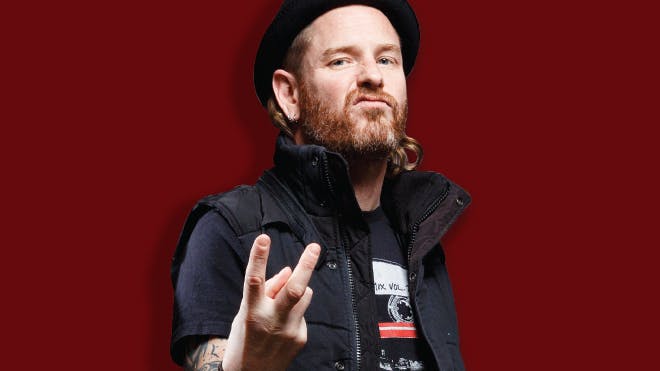 Corey will be performing at the Q Casino in Dubuque on Sunday, April 28th. Once again joining him will be Cherry Bombs, the hard-rock cabaret performance troupe featuring Corey's partner Alicia Dove. This time, though, Taylor isn't listed as 'Corey Taylor And Friends', so which artists will be joining him remains to be seen.

Tickets for the show go on sale this Friday.