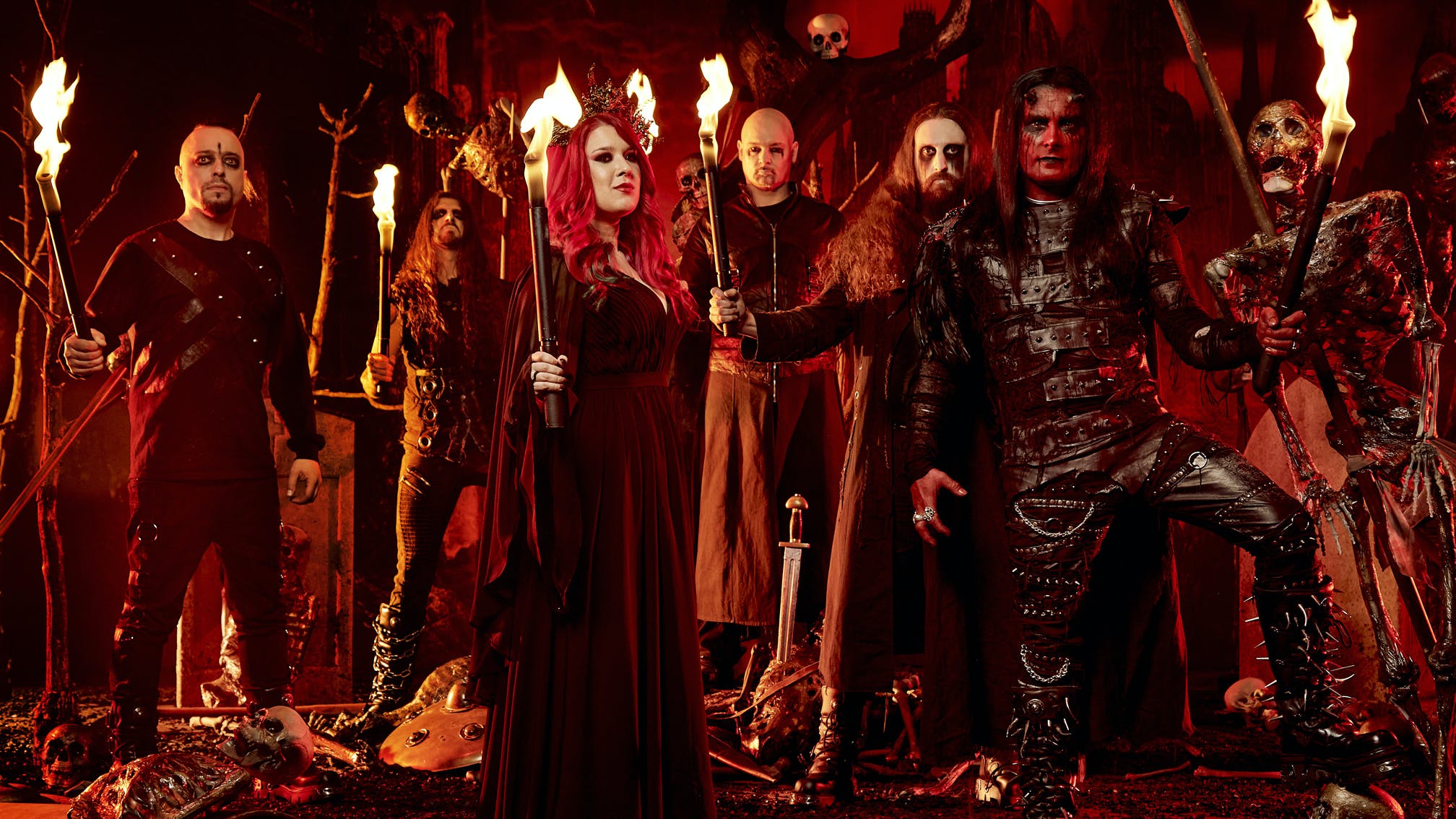 Now that summer’s gone – died fast, if you will – it’s time to focus on Halloween and autumnal spookiness. Helpfully, Cradle Of Filth have just released a new video for Necromantic Fantasies, packed with all the gothic horror delights you need.

The second track to be taken from their forthcoming 13th album Existence Is Futile, following the release of Crawling King Chaos back in July, it’s a massive, Maiden-tinged Cradle banger. The video, meanwhile, is a slice of long-coats-and-top-hats-in-the-dead-of-night gothic noir.

"This is a very different video from its predecessor, sporting more of a narrative amid leaning back toward a dark Victorian gothic vibe, showcasing the second of many unique tracks on this, our 13th album,” says Dani Filth.

“It’s very cinematic, much like Crawling King Chaos, but walking a much more 'dark faerytale' path. The director Vicente has done such an amazing job bringing the storyline together with the band and the incredible sets. It looks gorgeous. And the song is pretty good too!"

Existence Is Futile is released on October 22 via Nuclear Blast. The band will play a special Halloween show at London’s Camden Roundhouse (on Halloween, duh).

Meanwhile, Dani recently revealed that the hilarious rumours of him working with East Anglia’s other most famous musician, Ed Sheeran, were actually true. Speaking to Kerrang! Radio’s Sophie K at Bloodstock last month, he confirmed that the pair have actually met up to discuss doing something together.

“I’ve actually been emailing with [Ed],” revealed the vocalist. ​“He actually touched base with me.

​“I’ve been invited up to his place. Well, he said he could come down to mine, but I pointed out to him that I don’t own my own bar or village, and it’d be better if I went there.

“He said he’d do anything. Quite literally. He said he’s a massive fan. He seems like a genuinely very nice guy, actually.”

“If someone tells us not to do something, then we’ll do it. That’s been our prerogative the whole time. I did this rap song with this band called Twiztid in America. It’s actually turned out more like Rammstein and Beastie Boys than full-on rap.

“So, in that respect, I think it the Ed Sheeran collaboration would be great fun. I think it’d be great if we did it for charity, because at least it would bring a bit of credibility to it.”

READ THIS: Dani Filth: "We picked on Jesus… It could have been Hitler, but everyone already thinks he's a c**t"