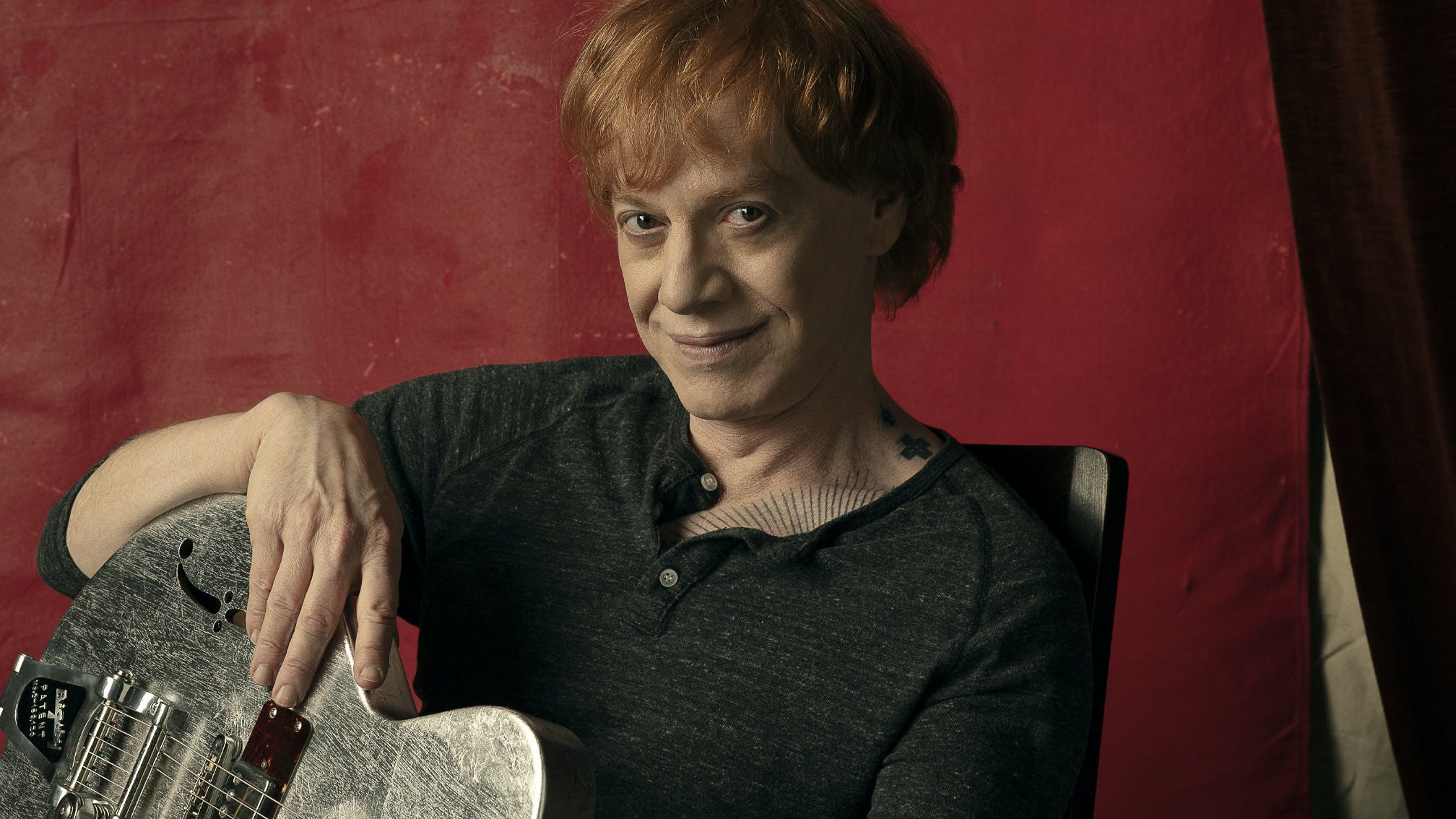 Danny Elfman’s place in history is secured many times over. He was frontman of the ska/new wave band Oingo Boingo in the 1980s – the theme tune to Weird Science remains an absolute banger – and is about to release his first solo album in 37 years, Big Mess, a full-on rock album recorded in lockdown. However, he is best known for his work behind the scenes, scoring umpteen Hollywood movies (including a long-running series of collaborations with Tim Burton) and writing the theme tune to a little show called The Simpsons. Here are the songs that changed his life.

The song that changed how I felt about music…

"A lot of people my age are nostalgic for songs they heard when they were a certain age or went to college, but I have very little nostalgia. This song, and I Am The Walrus, however, stayed with me my whole life, redefining for me what a song could do. My influences in terms of orchestra are Stravinsky, Prokofiev and Beatles’ producer George Martin. His string arrangements really became part of my musical vocabulary. With A Day In The Life I realised you can tell a story in a way that never seemed possible before. Most songs were about love found or love lost, like people had been singing about for centuries. Then along came these stories, a whole different approach to songwriting."

“I moved high school and met these new friends that were arty and musical, and that’s the only reason I’m in music now. I have no doubt that, if I hadn’t met them, I’d never have gotten into music or become a musician. Many of them went on to have great musical careers themselves. It was a very strange and lucky group, and suddenly everything I grew up on washed away in an instant. I was introduced to classical music and jazz and these things changed my life. Giant Steps was a big one for me: junior year of high school, getting fucked up and listening to jazz late at night when I should have been doing homework was very instrumental in forming me.”

The song that made me pick up a guitar…

“Every other kid in my generation at some point had a cheap amplifier, a cheap Fender knock-off and a wah-wah pedal, and sat there spending hours and hours playing trying to figure out, ‘How the fuck does he do that?’ What I figured out was that Jimi Hendrix was a musical genius on guitar and I wasn’t. However, it kept me playing the electric guitar and taking it seriously as my first instrument.”

The first song I learned by ear…

“The guitar led me to the violin. My friends and I would hang out after school at an Indian restaurant where they played Django Reinhardt. I heard his violinist, Stéphane Grappelli, and just like I had done with Hendrix and the guitar, decided I wanted to play like that. I began to train my ear, to pick apart his solos note by note obsessively, to perform them with a theatre troupe I started. I just went at things really intensely, reasoning if I went at it enough, I’d get it. And eventually, by obsessing, I could play it – not brilliantly, but I could play it.”

The song that got me into composing…

“By now I’m in this theatre troupe, the Mystic Knights, and we’re doing a lot of early 1930s arrangements and I’m learning to write. This was the first song I ever transcribed, because I really wanted to get the arrangement and the piano solo and everything down perfectly. So I learned to write music by transcribing Duke Ellington for this twelve-piece ensemble. He was as close to a music teacher as I ever had. I didn’t know this was going to help me later in life, as I had no intention of becoming a film composer, but I taught myself to write everything down as notation on paper, to make these arrangements note-for-note perfect.”

The song that made me start singing…

"Cab Calloway was for singing what Hendrix had been for guitar and Grappelli had been for violin – I heard this song and went, ‘I want to sing like that.’ The first vocals I ever did were performing early Cab Calloway stuff with the Mystic Knights. I started with them when I was about 19 and did it until I was 26. Working on my new album, Big Mess, I hadn’t sung as myself for about 30 years, so it was interesting sitting down and experimenting, trying to find out what my voice was.”

The song that made me want to start a band…

“When I was about 27 I realised I wanted to start a rock band. I hadn’t been listening to any contemporary music when I was doing all this big-band jazz kind of stuff. In my mind I was in Harlem in 1933. Then I heard XTC, The Selecter and The Specials – Ghost Town by the Specials, Too Much Pressure by The Selecter – and after hearing Making Plans For Nigel I was suddenly like, ‘Oh, I I want to be in a fucking ska band.’ And I dropped everything, just like that. That was what killed the Mystic Knights overnight. I thought, ‘Nope, I don't want to do this musical theatre anymore, I want to be in a rock band.’”

The song that shaped my new record…

“I heard Scary Monsters and it was a game-changer for me. I was like, ‘Alright, who is this guy?’ and everyone was saying, ‘You idiot, he’s been around since the ’60s, he was Ziggy Stardust,’ and I’d go, ‘Who?’ But the sound of Ashes To Ashes and It’s No Game, I just had an instantaneous connection with. I play guitar on my new album in a way completely influenced by the sound of Scary Monsters. I heard it and thought, ‘Oh yeah, that’s it.’"

The song that made me understand Jack Skellington…

“When the ’90s came along I heard Nine Inch Nails and Nirvana, and they were huge moments for me. By this time I wanted to be out of the band. Oingo Boingo had been going since the late ’70s and were modelled after a ska band, but I’d been listening to heavier and heavier music. I couldn’t make Oingo Boingo into a heavier band and that frustrated me. I was stuck in a bizarre situation – I’d become a film composer by this point, and the band was dependent on me. I couldn’t bear the guilt of being thought to have broken up the band because I had this more lucrative career. That kept me in the band for an extra six years at least. When I wrote the music for A Nightmare Before Christmas, I really felt like Jack Skellington. I was living his story – I was king of my own world, lead singer of a rock band, but I wanted to be in a different world and didn’t know how to get out.”

The song that will be mentioned on my gravestone…

“If I die today, my gravestone will have a picture of Homer Simpson carved onto it going, ‘D’oh!’ or something. You know, I spent one day of my life on The Simpsons. I did it as a complete goof. I went and met Matt Groening and saw a little bit of what they had and thought they’d run three episodes and it would be cancelled. But I didn’t give a shit, it seemed fun, so I wrote this piece of music in my head in the car on the way home from the meeting, ran into my house and made a demo in a few hours. Three of us sang the words ‘The Simpsons’ in the beginning, and had to join the Screen Actors Guild – little did I know that those three syllables would have me and my family in health insurance for the rest of my life. It’s funny, I’ve killed myself working on film scores. I’ve done about 110 of them, and 50 or 60 of them have just been gone in a second – that 60 hours of brutally conceived music gone in a heartbeat is counterbalanced by the day I spent on The Simpsons that will long outlive me.”

The Oscar-nominated composer talks about writing the game-changing music behind The Nightmare Before Christmas.