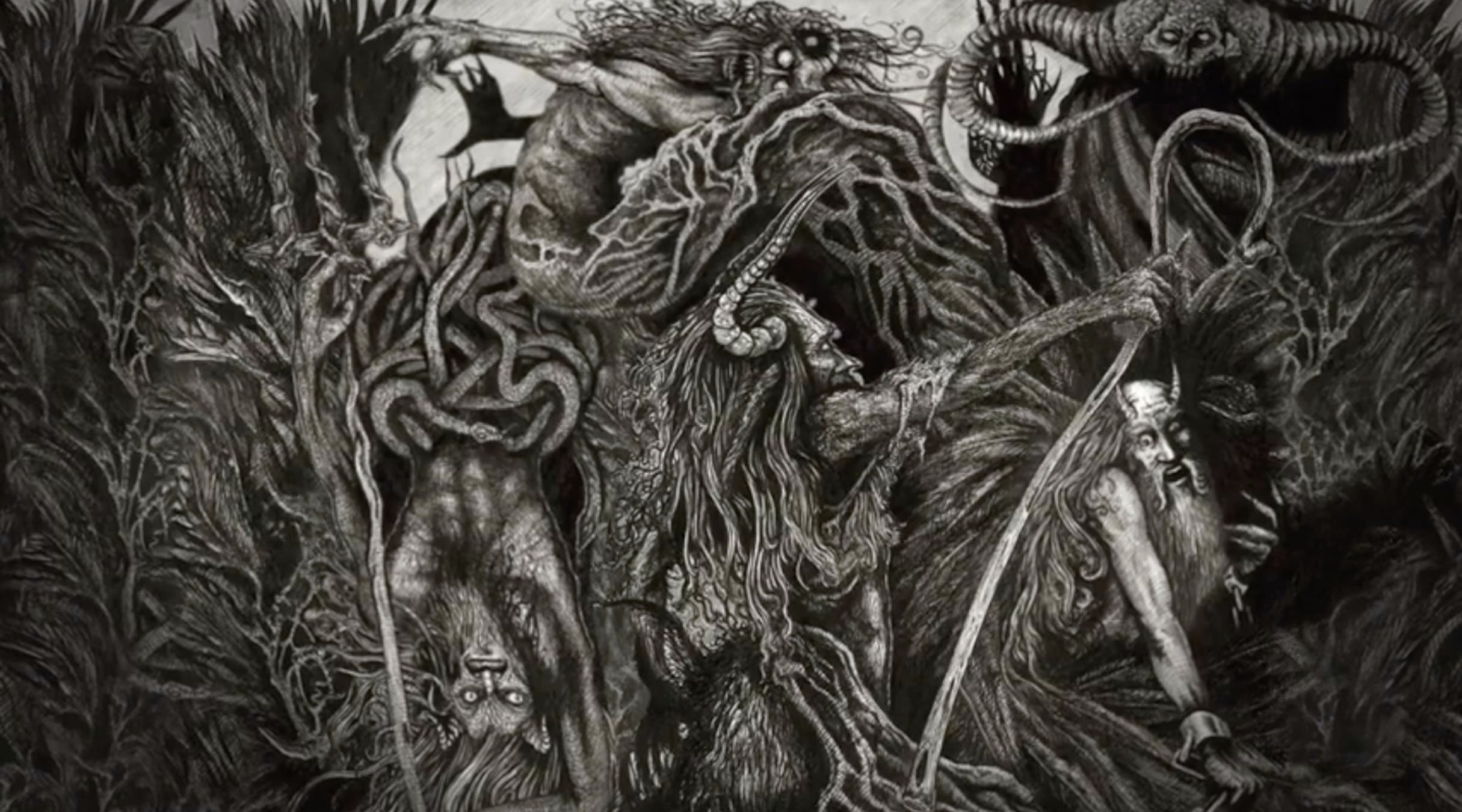 Celebrated Norwegian metal act Darkthrone has been going through different musical styles over the last few years, from crust punk to old-fashioned heavy metal. The iconic duo has now come full circle and started releasing more traditional black metal with their brand new record, Old Star, dropping tomorrow via Peaceville Records. To celebrate, the band has decided to release one more single, this one entitled Duke of Gloat.

Vocalist and guitarist Nocturnal Culto says on the track, "Duke Of Gloat was the first I wrote for this album. I like my metal black, with a dose of heavy. Now with Old Star coming your way let me wish you all a sore neck!"

The sort of black metal this track is going for is much more in the vein of the first wave of black metal bands such as Venom and Celtic Frost. It’s a lot less focused on the more atmospheric edge that the duo brought to the table on records like Transilvanian Hunger and Under The Funeral Moon, and more thrashy, with a melodic edge. There’s a slow, brooding bridge that links the two halves of the track together and pays homage to the contributions that the bands of the Norwegian black metal scene have brought. Other than that, it’s a much thrashier side of the band's sound.

There is also a hint of parody in the mix. Lines such as, “Double hell for all” and, “Hail the Satan” take a deeper dive into the more cheesy, over-the-top identity that black metal has had over the years, all done in good fun. It’s a stellar track that celebrates all the many phases of the genre.

Check out Duke of Gloat here:

Here is the artwork for Old Star in full glory:

You can pre-order Old Star on Peaceville Records' website now.

The Evolution Of Darkthrone, In The Words Of Fenriz

Black metal pioneer Fenriz looks at the changing phases of Darkthrone over their 33-year career.