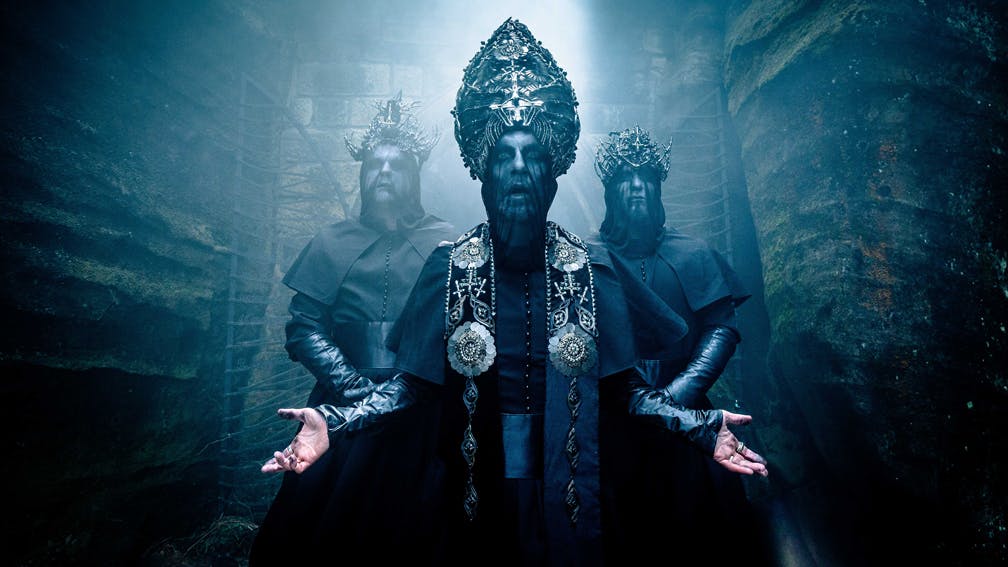 Lots of metal fans like to talk about how they're persecuted for their beliefs or how they dress. A lot of the time, though, that seems ridiculous...until it actually happens. Such was the case with Nergal, frontman for Polish death metal firebrands Behemoth, who was apparently confronted at a YMCA for wearing a Darkthrone T-shirt...and then tossed out for saying he didn't believe in Jesus.

The vocalist posted the following to his Instagram, with the caption, "Jesus! This means war mate!💪🤛🖕

Shortly thereafter, Darkthrone themselves posted the following to their Instagram, with the caption, "So @nergal69 was kicked out of a gym in the states where @behemoth are currently on tour yesterday because he was wearing a Darkthrone shirt and they asked him if he believed in Jesus Christ.
I didn't know if I should laugh or cry when I heard about it.
The fun thing for me about all this is that the shirt he was wearing was an old original #Darkthrone shirt that I gave him about a year ago.

Have any of you had any simular problem wearing a Darkthrone shirt?
/////// @roger_mb_hoglund"

Where exactly this YMCA was isn't full clear. Behemoth are currently on tour with Slipknot, who played last night in Virginia Beach, and the post is dated as approximately 24 hours ago, so it's fair to assume that this took place somewhere in or near the Virginia Beach area.

It's a shame that Nergal was discriminated against for something as silly as his T-shirt, and something as constitutionally protected as his freedom to worship whatever god (or lack thereof) that he wants. That said, the frontman certainly isn't unused to controversy, and is happy to scandalize precious-minded Christians. Speaking to Kerrang!, Nergal said, "There is no bigger ‘fuck you’ than to get out of your cave and throw extreme metal in the face of the mainstream. Maybe they choke on the sacrilegious, blasphemous chaos; maybe they devour it. Either way, that’s how you unleash chaos on narrow minds. My choices on The Voice were the contestants singing Metallica and Nirvana. I even had this seven-months pregnant lady singing Run To The Hills – and she nailed it.”"

Join Behemoth in a rousing "HAIL SATAN!" one of the following live dates: