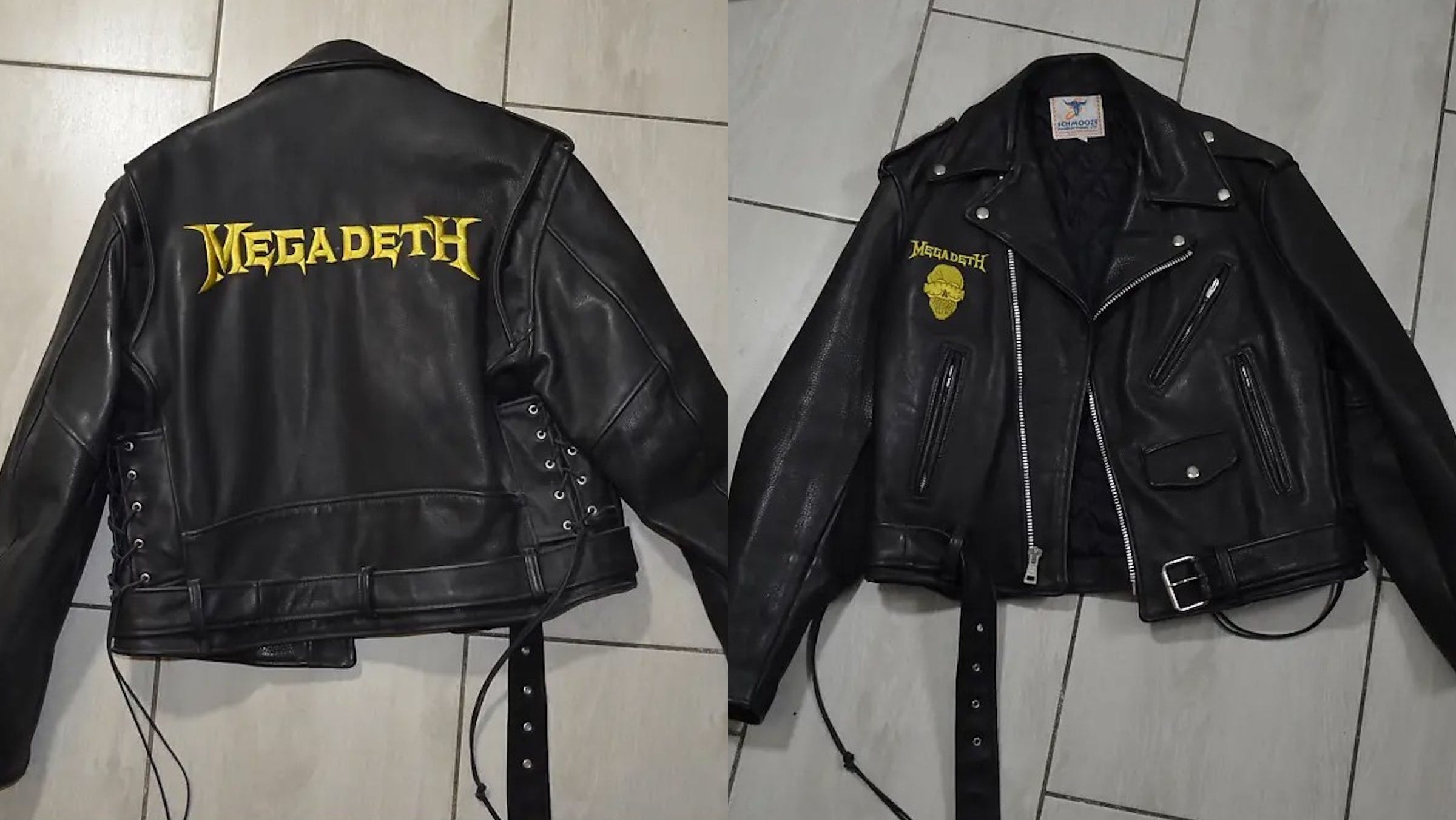 For many fans, Megadeth's 1990 album Rust In Peace is one of the greatest thrash albums of all time. Perhaps even greater, though, are the leather jackets worn by the band during that era, embroidered with Megadeth's logo in bright yellow and the head of their mascot, Vic Rattlehead. Well, now you can look as cool as Megadeth did in '90, as Dave Mustaine's leather jacket from that era is being sold online -- for just $5,000!

The full listing for the jacket is on Reverb.com, where it's been lowered from around $6,700 (I guess there weren't enough takers). Here's the complete description as featured on the site:

"For sale is a Megadeth - Rust in Peace - Leather Jacket - which came along with Dave Mustaine's 2001 Touring Guitar Rig from the 2002 Andy Brauer Auctions.
(The Rig was used especially on Megadeth's "The World Needs A Hero" tour.)
(Dave Mustaine Sold a lot of his personal guitars and gear through those Andy Brauer auctions).

"Along with Rig there was a lot of Megadeth Passes, t-shirts, signed show programmes etc. which along with the jacket were not mentioned in the certificate that came with the rig - the original rig certificate is not included.

READ THIS: 10 of the greatest unsung heroes in major bands

"The Rust in Peace jackets were made only for Megadeth band members/crew - about 15 were made.

"It shows some small wear marks, but in general Very Good condition!

For posterity's sake, here is that Vault video in question: