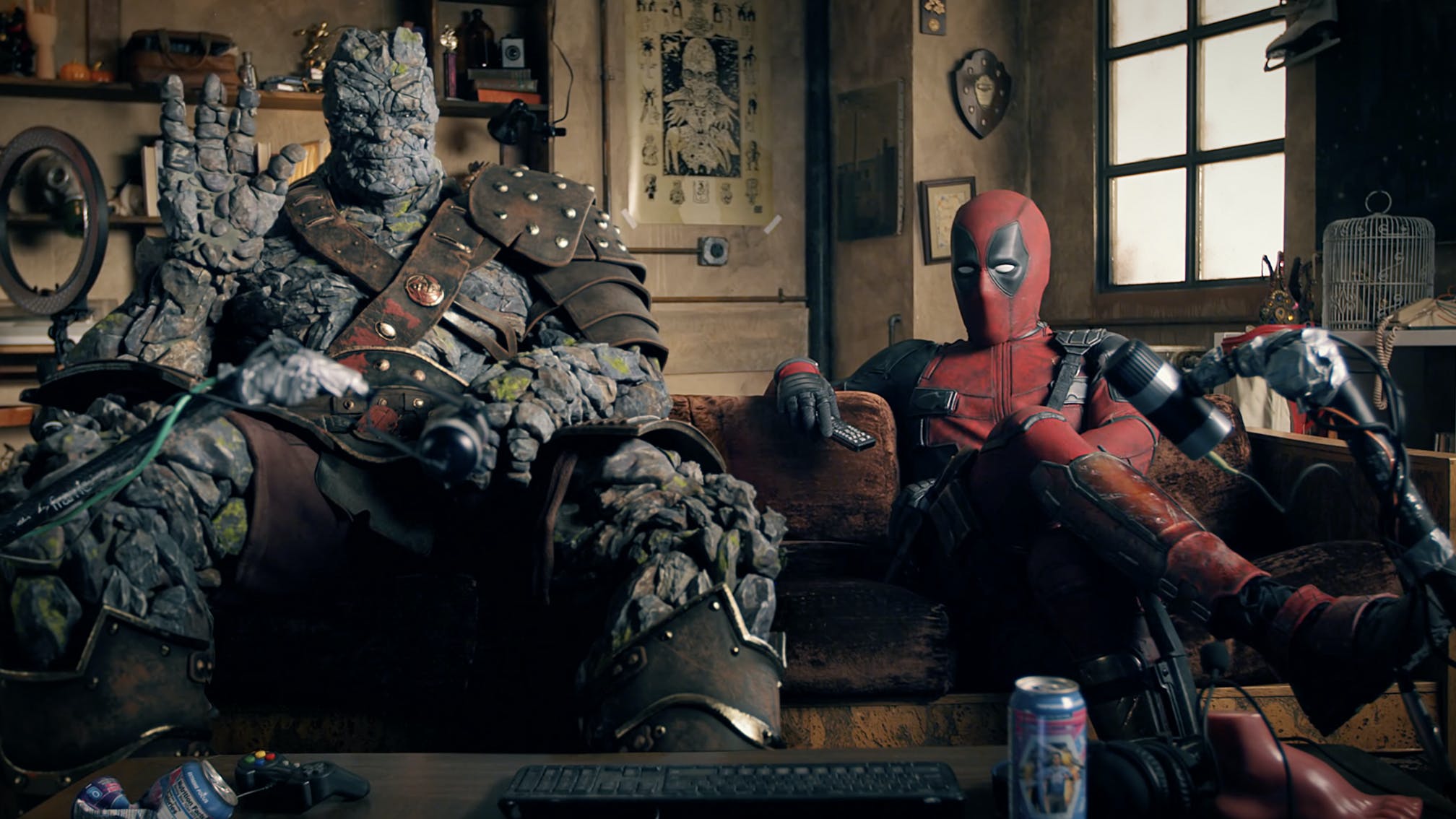 It's (not) official: Deadpool has joined the Marvel Cinematic Universe.

A suited-up Wade Wilson meets up with beloved Thor character Korg for a hilarious (and apparently very expensive) new reaction video in which the two characters – played by Ryan Reynolds and Taika Waititi – chat about upcoming movie Free Guy.

Both Ryan and Taika actually star in this film which makes this whole thing all the more amusing, as Deadpool finds it "insulting" being compared to Ryan, and Korg… well, he's just chilling and trying to figure it all out (he also thinks Taika "seems quite nice actually").

"Two members of the MCYouTube react to the upcoming film Free Guy featuring Ryan Reynolds and Taika Waititi," reads the description. "Free Guy. In theaters and definitely not streaming on August 13."

"That’s a wrap on Thor Love and Thunder, it’s also national don’t flex day so I thought this super relaxed photo was appropriate," he said.

"The film is gonna be batshit crazy off the wall funny and might also pull a heart string or two. Lots of love, lots of thunder! Thank you to all the cast and crew who made this another incredible Marvel journey. Buckle in, get ready and see ya in cinemas!!"