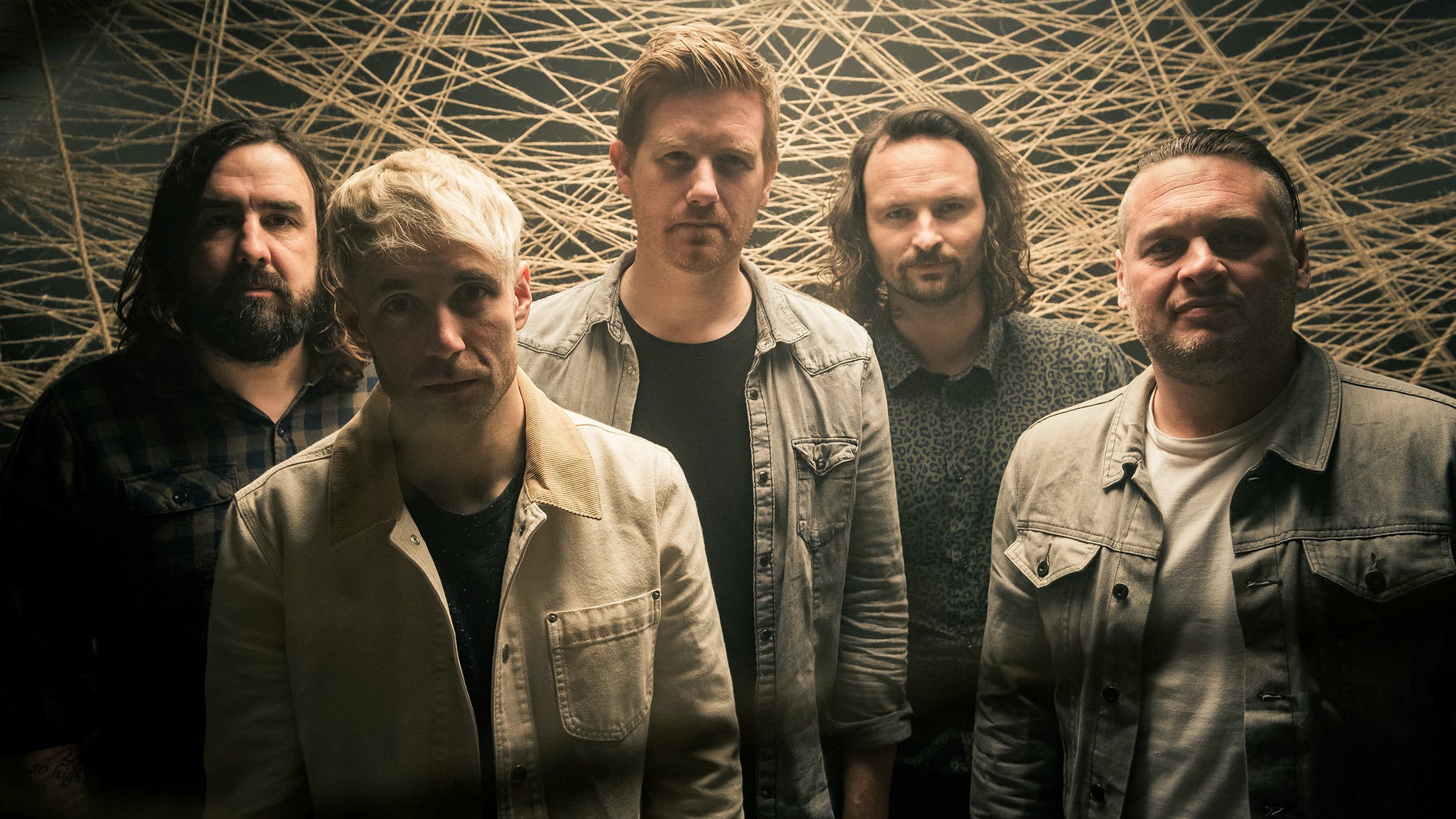 We’ve every right to think 2021 is the worst year since the last one. In the grips of another national lockdown, with 90,000 people in the UK dead from coronavirus and an average of 1,000 losing their lives daily, it’s difficult to see an end to the bleakness, even with the vaccine being rolled out to high-priority groups. It’s a situation taking its toll on everyone, including musicians, though few within their ranks have witnessed the true cost of the pandemic like Andrew Bushen and Gavin Edgeley.

While fans of Lonely The Brave will know the duo as the bassist and drummer for the Cambridge alt.rockers, Andrew (‘Bush’) and Gavin (‘Mo’) also work as a nurse and ambulance driver, respectively.

Bush is a straight-talking, no-nonsense type with a heart of gold, which seem pretty ideal qualities for a nurse. “It’s been strange and tough at times, but you have to keep going,” he says of the last 12 months of a job he’s done for 14 years. After qualifying, Bush worked on wards for two years, before switching to bank nursing (flexible shift work) to accommodate touring when Lonely The Brave formed in 2008.

Mo has been working in healthcare for a fraction of the time by comparison, though his role in the ambulance service, responsible for patient transport, has snowballed recently. “Somehow in all of this I’ve ended up being a key worker,” he explains, throwing his tattooed hands in the air to emphasise his surprise. “I’m in the thick of it, working all day, dealing with positive patient after positive patient.”

While both men keep any views on the handling of the crisis to themselves, conserving their energies for the saving of lives, both admit to finding all the rampant COVID-19 denial that’s still out there rather wearying. “It’s mystifying,” sighs Bush. “People are always going to have their beliefs and social media is a free-for-all that’s impossible to monitor. I try not to let it get to me because I need to focus on what I’m doing.”

Hardship and focus have long been the coal in the furnace of Lonely The Brave, today completed by singer Jack Bennett and guitarists Mark Trotter and Ross Smithwick. That continues on new record The Hope List. As with their previous albums – 2014’s The Day’s War and 2016’s Things Will Matter – it skilfully chronicles the trials, tribulations and turbulence we all experience. Any band releasing an album now will naturally have to field questions about how much the current climate has informed their efforts, but given the raw emotions present in LTB’s music, and considering Bush and Mo’s ‘day’ jobs, the need to ask about a connection is especially pertinent.

Anyone looking for evidence that one job provided material for the other, however, is barking up the wrong tree according to this stoic duo. “It’s hard to identify any kind of cross over between the two things,” Bush says matter-of-factly. “I work long days at the hospital and then I have days when I work on music. I can’t think of a situation in which one has informed the other. I would never think of my [healthcare] work as something to write about. The things I've felt from being in specific situations might have influenced what we do in the band, but it would be hard to pinpoint exactly how.”

Mo agrees: “I switch off from a work point of view when it comes time to go into the studio to write and record.”

If anything, as hard as it might be to believe, making The Hope List was a wholly positive experience. That’s right: despite being made during a pandemic, in concentrated bursts when guidelines and schedules allowed, and by men juggling very stressful jobs, it still managed to be easier than albums one and two. This is in no small part down to the appointment of Jack as Lonely The Brave’s singer in 2018, who also recorded and produced the album at his studio near Rochdale, resulting in two-and-a-half hour drives for the rest of the band.

“It was the most comfortable and relaxed recording setting we’ve ever been in,” reveals Mo. “We just got on with it and didn’t have any nasty producers effing and jeffing down the phone, calling us twats, which we’ve had in the past.”

Former vocalist David Jakes left the band early in 2018, citing the negative effects touring and playing live was having on his mental health. And while his departure was amicable, there are suggestions here and there today that David’s tenure may have taken the band into musical territory they weren’t always happy with. “We actually like it,” jokes Mo at one point, evaluating their latest efforts and feigning surprise. “It’s incredible!”

“I think this is a fantastic time for us to be bringing out a record,” continues Mo, flying in the face of what the rest of the music industry might think, excitedly awaiting the arrival of his copy of The Hope List. He’s particularly fond of the album’s second half, when the accessibility of singles Bound and Bright Eyes gives way to the kind of driving, muscular rock he says the band have threatened to make for years. “It’s the best stuff we’ve ever written.”

Bush and Mo are clearly creatively satisfied, but what of life beyond music? With the vaccine rollout gathering pace, are the two men starting to feel more hopeful about the future?

“That's the ray of hope at the moment,” says Bush. “This winter was always going to be tough, and I think it was even tougher than people anticipated, but as the year moves on the weather will change, which naturally means viruses are less ‘busy’. Hopefully we’ll be looking a lot better in a few months. I can’t see a reason to think things won’t improve a great deal.”

“We can but hope,” adds Mo, echoing not just a key word from his new album’s title, but the sentiments of us all.