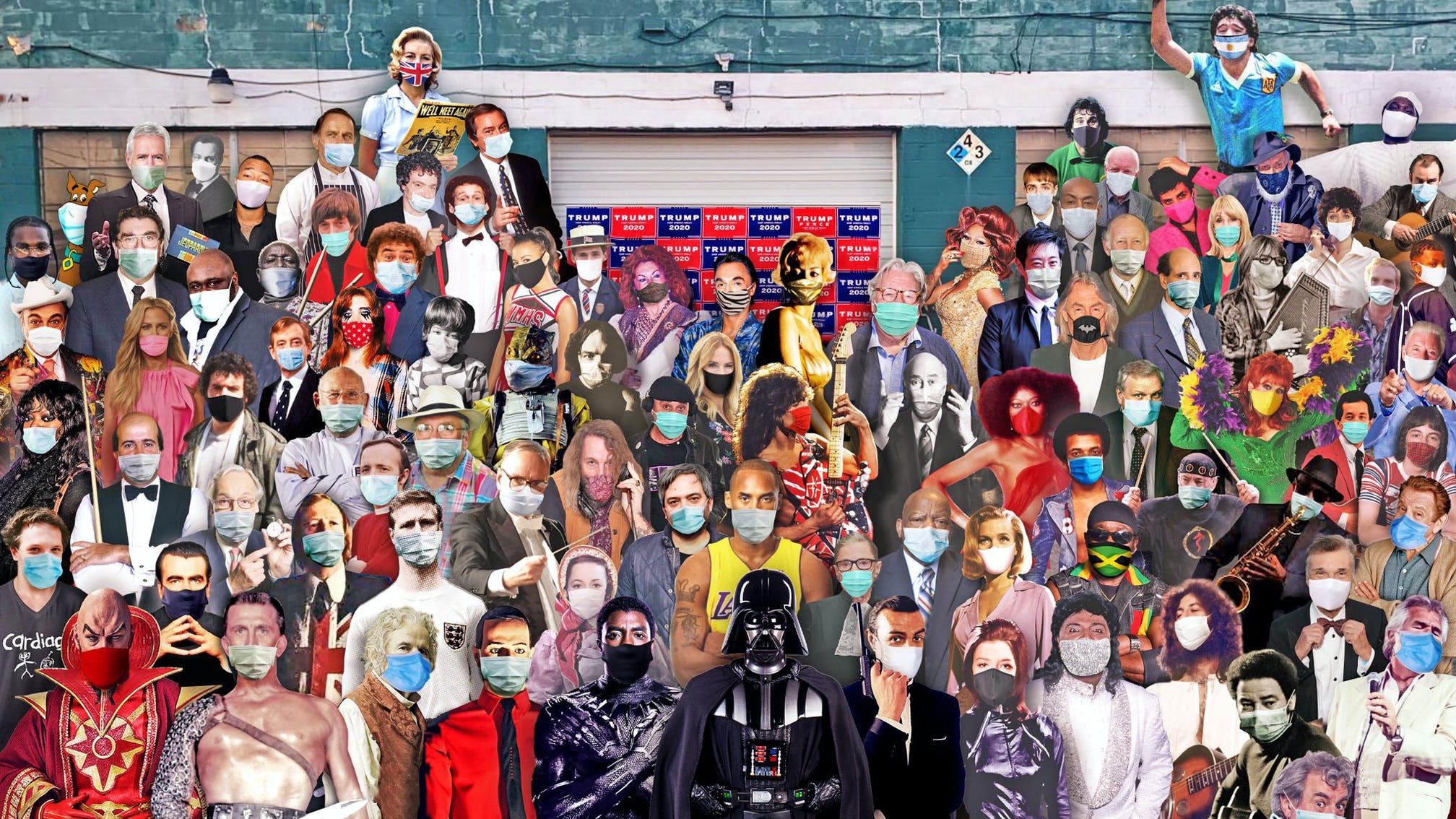 The late Eddie Van Halen and Rush's Neil Peart stand alongside other huge icons who passed away in 2020, with the likes of Chadwick Boseman, Diego Maradona, Kobe Bryant, Ennio Morricone, Little Richard, Vera Lynn, Kirk Douglas, Dave Prowse, Sean Connery and George Floyd also included in the Beatles cover. Of course, every single one of these legends is wearing a mask in the 2020 edition of Chris' work, with the exception of Dave Prowse's Darth Vader… obviously.

"When I first did the 2016 montage, the loss of such an overwhelming number of iconic heroes was undoubtedly one of the defining stories of the year – even overshadowing Brexit and Trump," Chris tells Billboard. "But this year, obviously the huge number of deaths from coronavirus is far more significant."

Cast your votes in the Kerrang! Readers' Poll 2020!

The artist adds of his emotional and creative process when sitting down to work on this yearly piece: "Every line a reminder of a life taken, a family ripped apart. Every time I do this montage it is an emotional journey, however detached I may get from the subject matter while I’m in the thick of the PhotoShop, when I put the list together for the key at the end and look at it, it is a quite sobering moment.

"I know a lot of people who have lost family members this year and I always try to remember that all the people I am including have left people behind too. I have to try to be respectful to everyone and to pay tribute to them and the way they lived their lives."

Check it out below, and, if you can, donate to NHS Charities Together as per Chris' wishes.