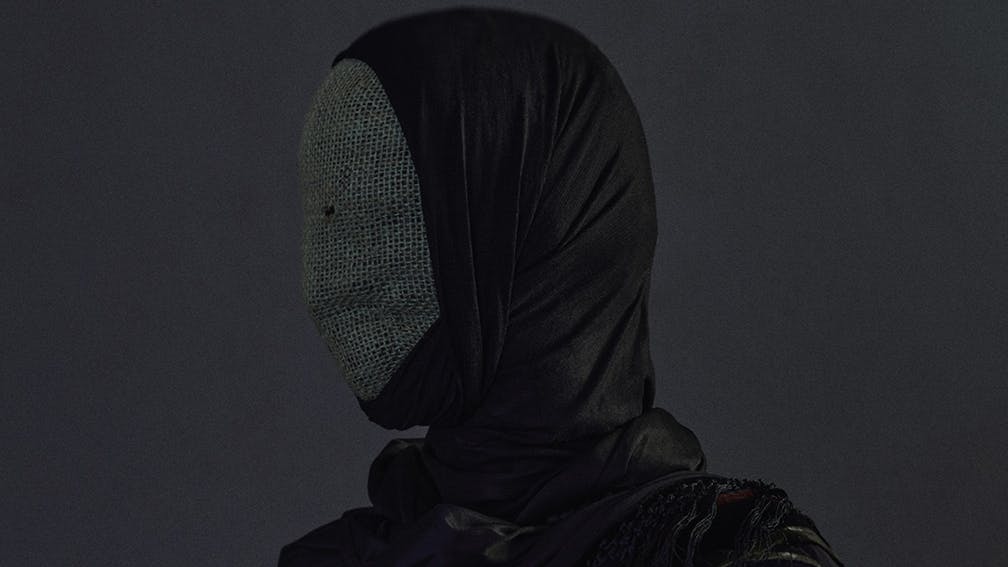 Leave it to one of heavy music’s most prolific artists to drop a new EP less than three months after their 5K-rated album, May Our Chambers Be Full. At this point, Thou have over 30 releases to their name in the form of albums, EPs, splits and compilations, but their collaboration with dark-folk singer-songwriter Emma Ruth Rundle has seen their reputation grow beyond the darkest recesses of doom.

The artistic bond works twofold, with Thou embracing a (dare we say it) more accessible sound, and Emma harnessing a more serrated, brutal edge. “We definitely got to walk in each other’s shoes,” she told us last year. “I got to explore that side of what it means to be heavy.”

And heavy it is. An air of trepidation encircles the entire EP, coming from the Super Hans school of contemporary music, creating a powerful sense of dread. Recorded in the same sessions for the album, The Helm Of Sorrow manages to sound like a different entity, while still riding that wave of existential horror.

Opener Orphan Limbs offers initial serenity, an oasis of calm, but with one eye on what lurks in the shadowy edges. At first it feels much more like an ERR joint, but slowly Thou’s unmistakable tone creeps in, eventually turning this meditative babbling brook into a hellacious tsunami with 90 seconds of cacophony as all seven members unleash unbridled mayhem.

As with their previous outing, it’s the vocal interplay between Emma and Bryan Funck that truly elevates the record above the deafening sludge-ridden riffage. Every track is bursting at the seams, bulging with crushing menace and fear, with each cog in this fear machine moving in as violently and colourful a way as possible – from the abyssal Crone Dance to the brooding, suffocating Recurrence. At times it’s like being trapped in a labyrinth with every escape route blocked by another wave of torment, eventually filling the sky with pitch-blackness.

But it’s closer Hollywood that deserves the most attention. It’s not the obvious choice for a Cranberries cover (we don’t need any more versions of Zombie), but it’s a sensational one. A nod to their shared love of ‘90s alt.rock, the pair add a heavier, more cathartic dimension, with Emma’s delicate ‘This is not Hollywood…’ (complete with slight Irish inflection) being blasted into the stratosphere by Bryan’s Earth-crust-shattering ‘Runaway! Runaway!’. Pure goosebumps.

This project started as a one-off collaborative performance at Roadburn, finishing their set with this very cover, and there’s a wonderful sense of completion by ending their dual-record collab in the same way. If this is the last we hear from the partnership, then it’s the perfect way to go out.

For Fans Of: Cult Of Luna, Neurosis, Amenra

The Helm Of Sorrow is out now via Sargent House.

READ THIS: Emma Ruth Rundle: The 10 songs that changed my life