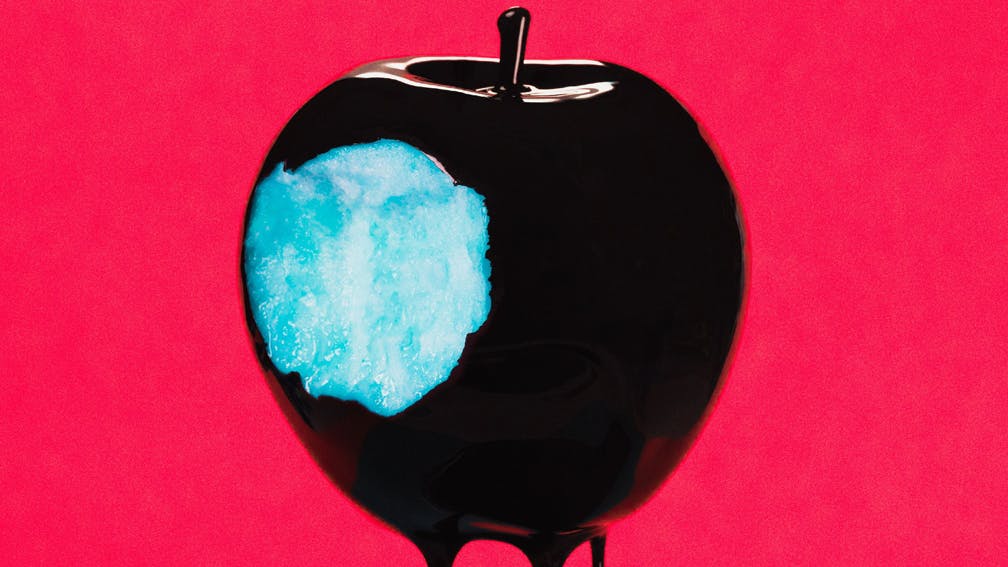 Don’t let the bright colours and sherbet-fizzy pop hooks fool you: beneath their effervescent charms, RedHook are all claws. Since forming in 2017, the Sydney trio’s singles have teased their ability to mesh rap rock, EDM and pop-punk with aggressive energy – an intoxicating mix that bubbles over on this debut EP.

On Kamikaze they nimbly traverse some of the same cutting edges that Bring Me The Horizon have crossed in recent years, strapping a chainsawing riff to a rave-powered rocket with explosive results. Similarly, the title-track’s unapologetic tribute to questionable life choices seems tailor-made for kicking off a pit on the dancefloor. Emmy Mack’s voice drips with real venom as she flips from pop croon to spitting rapid-fire syllables, adding a sting in the tail. ‘Gaslighter – expert level, strike another match, you might become architect of your own Hell,’ she taunts on Cure 4 Psycho, name-checking Scream heroine Sidney Prescott as the tables turn and the bouncing nu-metal grooves switch into a nasty riffing spree.

Blink once amid the wild clash of styles, though, and it’s easy to miss that RedHook’s real talents lie in staying on the rails. Even when Emmy is at her most cartoonishly whacked out on I Don’t Keep Up, describing herself as a ‘bad apple’ in a series of schizophrenic voices over equally hyperactive beats, the band possess enough sass and catchiness to pull it off. Yes, even when a cheesy sax stampedes into the bridge with all the grace of a tap-dancing bull in a china shop.

Some might find RedHook’s riotous brand of eclecticism exhausting, but for those who like their rock with a side order of fun and creative madness, the choice is obvious. Choose RedHook. Choose Bad Decisions.

For fans of: Ocean Grove, VUKOVI, Bring Me The Horizon

Bad Decisions is self-released on April 23

Kerrang! Radio host Sophie K brings you the new bands you need to check out now: from Death Tour, to Paledusk, to RedHook...