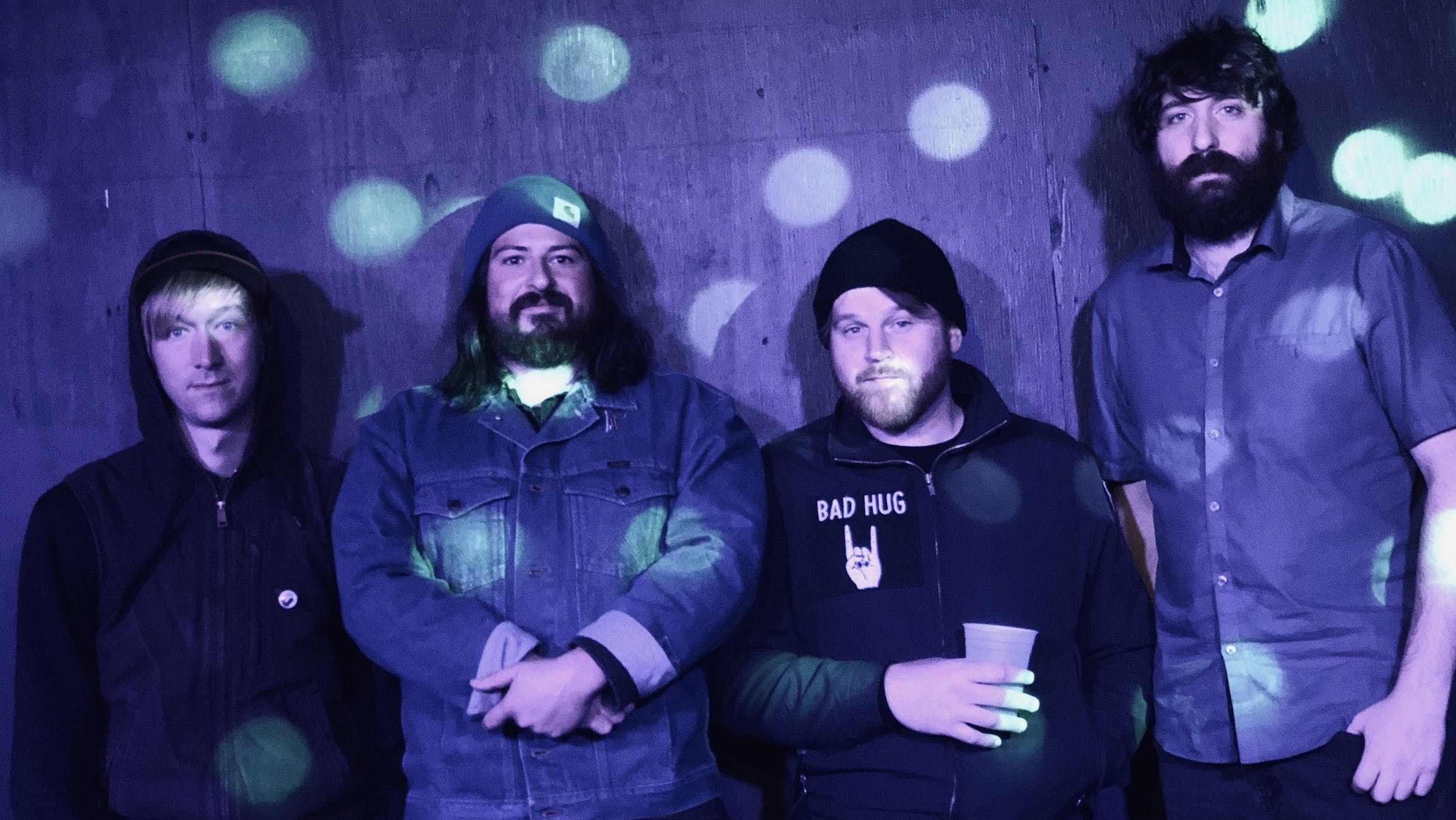 There’s something deeply comforting about being a regular at a dive bar. If you consistently patronize a warm, welcoming, low-lit dive bar, whether it’s in your neighborhood or not, you can build yourself a community amongst the other wayward patrons, and the bartenders who thanklessly keep everyone’s glasses filled. And even when you find yourself drinking alone in a dead bar, you still have a place to sit quietly and ruminate on the turning of the world around you. Sure, you might be quick to say it’s not the healthiest option to have your social life revolve around alcohol, but the fact is, in an era when the alternative is often isolation and endless scrolling, a good dive bar might just save your life.

“I always liked this idea of being a regular, so I knew years ago that I wanted that to be the title of our new album,” says John Maiello, vocalist of Seattle pop-punk quartet Dead Bars. “Regulars is essentially an album that’s about loneliness and community, both co-existing equally. It's about looking normal to everyone else, but feeling out of place. It's about me, it's about us, and it's about the fans. It's about being in Dead Bars.”

The album, which was produced by Jack Endino (yes, the same Jack Endino who recorded Nirvana, Soundgarden, Mudhoney, and many others in the early '90s) encapsulates this beautifully in the form of emotional singalong anthems -- perfect for screaming along after you've had a beer, or five.

Dead Bars had never recorded in a studio prior to this album -- their first record, Dream Gig, was recorded in guitarist C.J Frederick’s living room -- so it’s wild that their first proper recording experience was with Jack. And similarly, it may seem like an odd choice for the famed engineer to produce a pop-punk album, but at the end of the day, Nirvana, too, was a messy punk band with pop hooks.

John says one day he basically just cold-called Jack and asked if he’d record Dead Bars, to which the producer replied, "I love a good pop hook with a bunch of bashing and screaming over it; what’s not to like?”

“Jack was amazing, and fun to work with,” says John. “He works really fast and really loves music. He loves big guitars and hooks and that's what we were going for.”

Remembering their first day at the studio, he says, “We walk in and [Jack] starts showing us around. Of course, first thing he points to an old amp and says, ‘That's the Bleach amp.’ Then, he starts showing us different rooms where each member is going to record, and I'm like, ‘Actually, we just want to record in this live room all together with no isolation.’ He looked at me kind of puzzled, and said, ‘You have to be good because we can't fix anything and there will be a lot of bleed.’ I replied, 'We're good, and we don't care about things bleeding together.’ He replied, ‘Okay, we're COMMITTED TO BLEED, let's set up like ZEKE.’ [laughs] And he actually wanted us to call our album Committed To Bleed. When we were recording, at one point he said we sounded like The Who, and then I asked him if he thought we were pop-punk and he said, 'Yes.' But in the end, I guess his production style for us was ZEKE.”

Pop-punk tends to be thought of as a genre people grow out of, but John disagrees. “I'm thinking about how these songs are going to sound in 20 years,” he says. “I want to write songs that are going to get better with age. As for influences, I started writing songs in my 20s and I didn't set out to write pop-punk songs, but that's just what came out, I guess. My influences go so far back to who I am as a person. When I was first getting into music, it was Green Day, Blink 182, Rancid, NOFX, so a lot of that are my core influences and can never go away. One day I might sit down and try and write a song that sounds like Oasis and it comes out sounding like The Lawrence Arms. I don't know.”

Regulars is out this Friday via A-F Records, but you can hear the whole thing early right here:

Preorders for Regulars are available now.