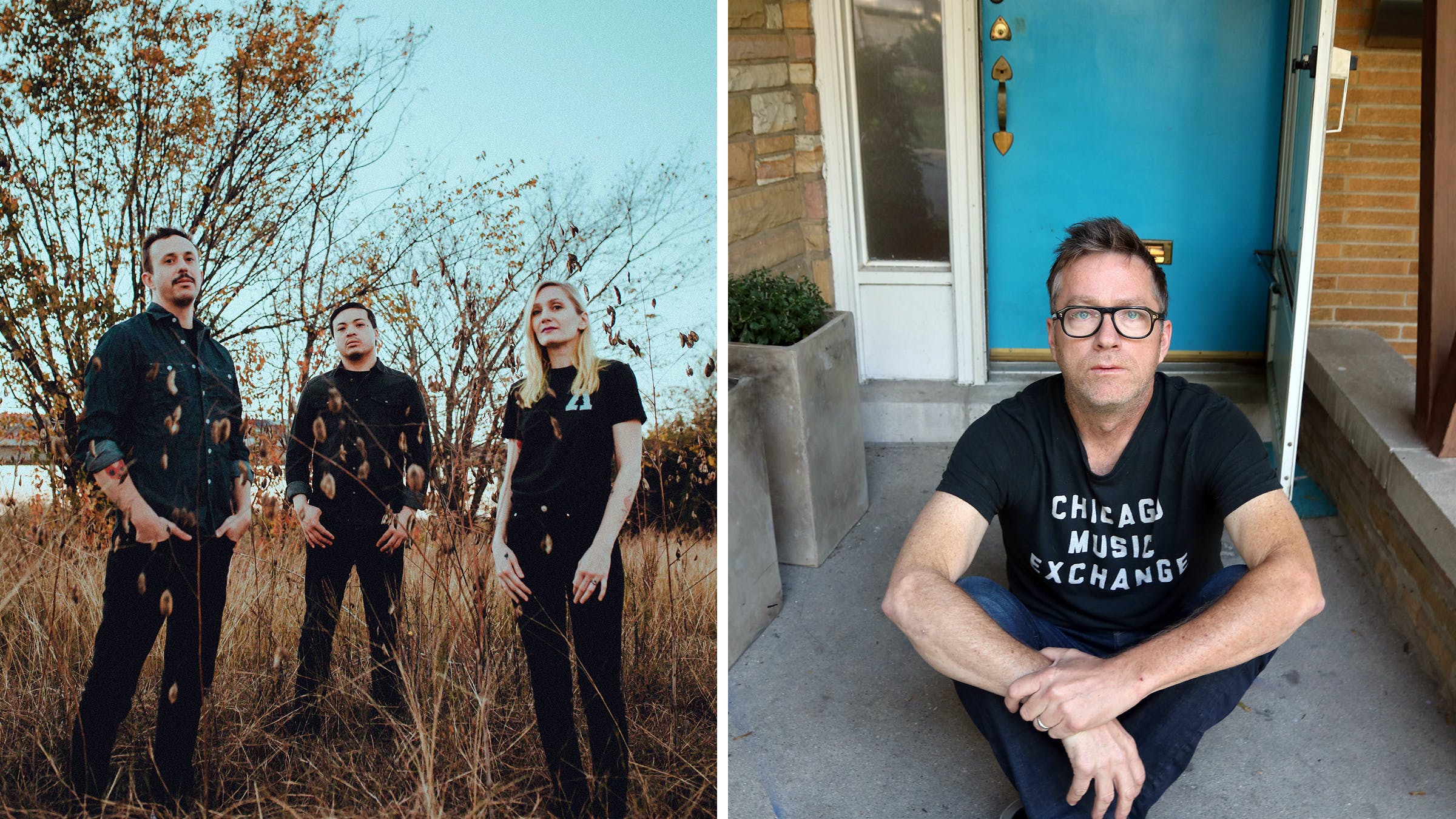 There’s something about Brooklyn trio Spotlights that conjures vibes of nighttime in the city. Chords flicker; bass throbs; vocals haunt. The views are beautiful, but they’re lit an ugly yellow and lined with millions of tons of mechanical infrastructure. The result is a concrete sense of rubber reality that comes from being surrounded by too many huge buildings and gibbering late-night wanderers.

As if that weren’t enough, the song features guest vocals by Allen Epley of seminal indie shoegaze pioneers The Life and Times (and formerly of math-rock outfit Shiner), with whom Spotlights are heading out on tour later this year.

"When we confirmed the tour, I immediately thought of collaborating on something to go along with it," explains Spotlights guitarist/vocalist Mario Quintero. "Luckily, Allen was into it, and before we knew it, we had things brewing."

"I just listened to it a bunch and tried to see where my voice could set in without fucking it up," Epley says. "I've collaborated with Pelican, Molly McGuire, Open Hand, the Jade Shader, Castor, and others, and that’s always my M.O.: what just flows out without working too hard or trying to make it into something it’s not."

He must have done something right, because Quintero was floored by the results. "It was kind of a mind-blowing experience the first time I opened the file that he sent back," he says. "I couldn’t have imagined a better fit, vocally, on this song. Hearing his voice come in on that first listen gave all of us goosebumps!”

Listen to Kiss the Ring and you, too, can feel like a ghost in an endless concrete maze:

If the track grabs you like it grabbed us, you'll want to pick up Spotlights' most recent full-length, Seismic, as well as The Life and Times' latest self-titled album.

And of course, you'll also want to be sure to catch the two bands on tour together this October at one of the shows listed on the flyer below:

But if you’re STILL not sold on this most excellent tour, you only need watch their killer set from Kerrang!’s Saint Vitus Bar showcase, and your mind will surely be made up.

EXCLUSIVE: Watch the new video from Spotlights, the band who's been endorsed by everyone from Melvins to ISIS.

Spotlights Are The Dreamy, Heavy Tidal Wave Crashing Into Your Life This Week

What other band has opened for the likes of Deftones, Melvins, Pelican, and Glassjaw in just its first few years?