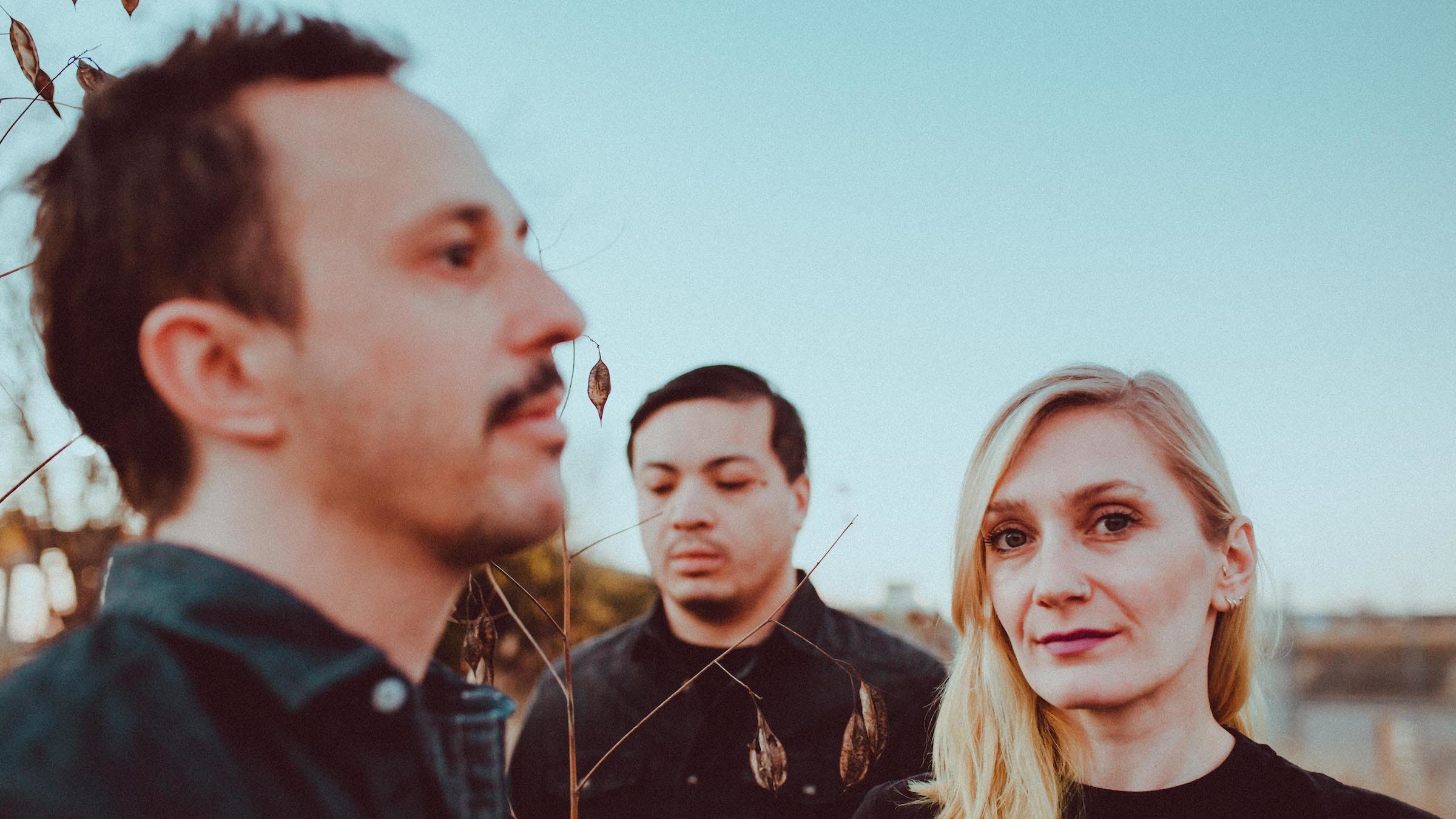 Describing Spotlights’ monolithic, breathtaking sound is no easy feat – but when you hear it live for the first time, it’s the kind of thing you’ll never forget.

We should know: the band opened for Pallbearer at a Kerrang!-sponsored show in Brooklyn, New York this past July, and blew us away with their inimitable brand of beautiful – yet ferocious – atmospheric shoegaze-meets-sludge-metal. Fortunately, we had the foresight to document this incredible set, which we’ll be streaming from our YouTube and Facebook pages this Wednesday, September 19th at 3p EST.

Founded by married couple Sarah and Mario Quintero, Spotlights has amassed a stunning tour résumé for a band with only five years and two full-length albums under its belt. “One of our first actual shows was opening for Shiner in Brooklyn,” guitarist Mario Quintero recalls, having secured the approval of one of the most beloved cult bands in mathy post-hardcore right out of the gates. “Our first tour was supporting Deftones on the US leg of their Gore tour in the summer of 2016,” he casually admits.

From there, the band – which picked up veteran drummer Chris Enriquez (Primitive Weapons, On The Might of Princes) – would go on to sign with Ipecac Recordings and record their most recent album, Seismic, before hitting the road to support the likes of Melvins, Pelican, Igorrr, HUM, Quicksand, and Glassjaw, to name a few. Next, they’ll wrap up the year by co-headlining a tour with The Life and Times, Shiner alumnus Allen Epley’s subsequent band.

In advance of their upcoming tour and our stream of their mesmerizing live performance at Saint Vitus Bar, we thought we’d catch up with Mario and find out more about how the band has achieved so much in such little time.

KERRANG!: Can you briefly explain how Spotlights came together?

Mario Quintero: In 2009, Sarah and I were living in San Diego, where I owned and ran a recording studio called Black Box. (That’s actually where we first met, too, when her band came in to make a record a couple of years before that.) One night, we spontaneously went in a wrote and recorded a song together. We had no preconceived idea at all, but ended up with what would be the first Spotlights song: 050809. We released that on a comp that I put out for the studio in 2011, and definitely wanted to continue it as a recording project, but right around that time our band Sleep Lady was getting busy, so we put Spotlights on the back burner.

In 2013, we moved to New York City, and Sleep Lady was on hiatus, so we decided to go full on with Spotlights. We haven’t stopped since!

You have an awesome live drummer in Chris Enriquez, but the core of Spotlights has always been you and Sarah. What are the pros and cons of playing in a such an intimate band with your spouse?

There are definitely pros -- but I honestly can’t think of any cons. I’d say the biggest pro would be that we get to do what we both love the most, together. Unlike a lot of people in marriages, we actually like each other -- so that may be surprising to some (laughs). I think having something like this in common has taught us how to work together as a couple too. When we’re on the road we’re running a business, and when it comes to making music, we’ve developed a system that works for us and focuses our strengths instead of just trying to please each other’s egos. Another big pro is that decisions can be made quickly without having to consult outside members. We both know what we want to achieve with this, and I think that’s rare for a lot of bands.

You’ve toured with and opened for some incredible bands. How were you able to land gigs with such massive names so early on in your career?

(Laughs) No idea, really. I guess we’re a shining example of ‘good things come to those who wait’? We’ve been playing in bands for decades with little to no recognition. But I really think that when you finally throw away all expectation and just focus on making music or art that you love and believe in, it will resonate with others. Another thing is that we try be kind to people we meet.

When we got offered the Deftones tour, we thought it was a scam (laughs). I mean, we didn’t even have an album out! Our friend Aaron Harris was drum teching for Abe (Cunningham, Deftones drummer) on tour when he heard the premiere of Walls online, and showed it to Chino. Next thing you know, we get an email from their agent two days later. Completely surreal.

Why do you think your music appeals so much to other musicians in particular?

I think, like I said before, when you’re trying to make something honest and are working hard, you recognize when others are doing the same. But to be honest, we’re still completely blown away by some of the people who have taken interest. We never imagined that we could be on Ipecac Recordings, for example. We have to pinch ourselves sometimes. It’s been amazing to meet fans who we’re influencing and giving hope. The truth is, we would be doing this whether or not any of these opportunities were presented, but we’re incredibly grateful to all that have cared enough to be a part of it at any capacity.

Who are some of your greatest musical influences?

Sarah and I both have a lot of cross over on influences, but some big ones for me would be The Cure, Fugazi, Helmet, Quicksand, Jawbox, Depeche Mode, Shudder to Think, The Pixies, Bad Brains, Wes Montgomery, John Coltrane.

Tell us more about this upcoming tour with The Life and Times. How did it come about, and what should we expect?

We’ve been fans of The Life and Times for years. And when we played with them here in Brooklyn back in 2016, it was such a blast that we’ve wanted to do it again since. We approached them about doing a tour together in October, and they were down! We’re super excited about it. I think fans should expect two hours of loud, beautifully crushing sounds! Also, we’re collaborating on a little surprise that you’ll find out about in the next week or so….

What would be your greatest goals for the band in 2019?

Number one would be to put out our next album. Possibly in the spring of 2019. It’s tough to put a timeline on goals, but our mission now is to become a bit more sustainable as a touring band. Touring is expensive and we still have to work nonstop off the road to make ends meet. So I suppose the goal is to keep growing our audience so we can afford to keep touring and in turn be able to do more headline tours. But in the end, we just want to continue making music we love and meeting people who connect with it.

Watch the stream of Spotlights' live performance at Saint Vitus Bar in Brooklyn, NY, this Wednesday, September 19th, at 3p EST on our Facebook page.

And be sure to catch the band on tour when they hit the road with The Life and Times this October:

EXCLUSIVE: Watch the new video from Spotlights, the band who's been endorsed by everyone from Melvins to ISIS.

Exclusive: Spotlights' Kiss The Ring, Featuring Allen Epley of The Life and Times

Fall apart to this new track by the Brooklyn echocore act, featuring a guest appearance by a post-hardcore / space rock trailblazer.