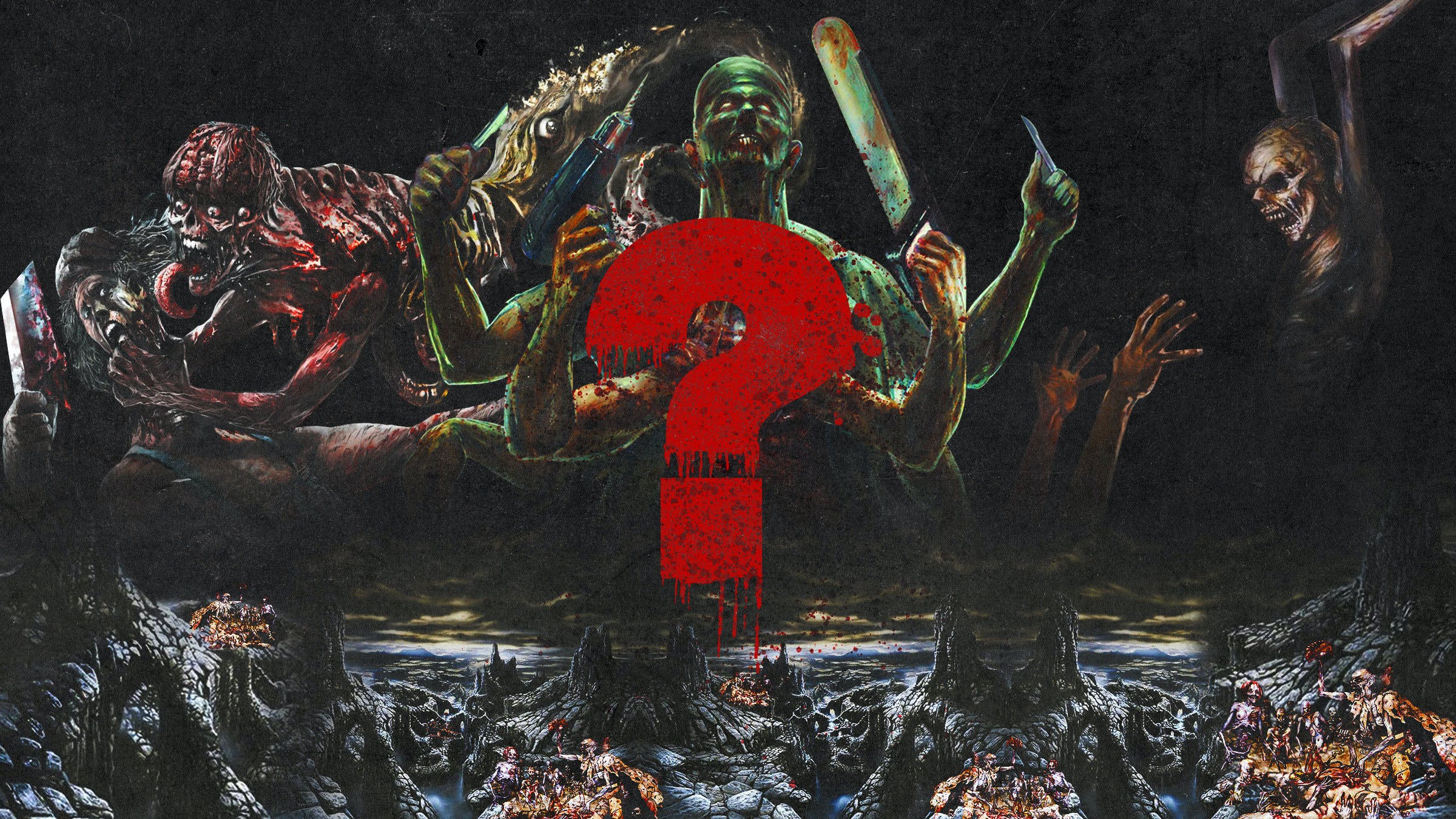 Ah, death metal, the sonic equivalent of an obese corpse discovered in a putrid canal. Since its birth in the mid-to-late ’80s, death metal has risen to fame for its extremity, to the point where this most "unlistenable" music has inevitably become part of pop culture.

However, even as it's become increasingly popular, death metal remains a mystery to some. So to provide some basic answers for everyone – from complete novices, to fans of hard rock looking to go further underground – we started typing questions into Google concerning death metal. Below are the most popular ones that came up.

(Of course, the truth is, if you're reading Kerrang!, you probably know at least some of these answers already – but even hardened death metal fans might be surprised by what people online want to know about their favourite music.)

1What is death metal music?

Death metal music is heavy metal – often sped up, overdriven, and focused on trying to convey violence and murder in musical form. It usually features incredibly fast drums and guitar work, guttural vocals that sound like someone trying to imitate a monster, and themes of death, horror or darkness. When a non-metal person describes metal by making a growling noise, they’re thinking of death metal.

2When was death metal invented?

Death metal was invented in the mid-’80s by bands who loved the ultra-heavy thrash of acts like Slayer and Hellhammer, but wanted to up the ante in terms of frantic vibes and brutality. Early death metal acts like Death, Possessed, and Morbid Angel all sounded sort of like thrash bands early on, but soon went faster on the drums, harsher on the vocals, and more horrific on the subject matter.

3Where was death metal invented?

Get this: fucking Florida.

It can be! Death metal can be about everything metal is about, and metal obviously loves Satan. Arguably the first real death metal album ever, Possessed’s Seven Churches, is very satanic. But because it’s very kinetic and obsessed with cinematic gore, the satanism of death metal is often more about getting torn apart by demons than the philosophical or religious side of devil-worship.

Not to say that isn’t done – Behemoth, for example, are definitely death metal, and about as philosophical as it gets – but it’s the exception, not the rule.

5Why is death metal so scary?

That’s the idea. Death metal is horror music – it’s meant to be scary. It’s about scary topics and uncomfortable truths, and its extremity is meant to convey that. Sure, it’s also good for venting your negative feelings, but maybe it’s worth admitting that you’re kind of scary, too.

6Who are death metal bands I should know about?

There are way too many to name, but here are five from across death metal history, all of whom have their own unique take on the genre:

7How do death metal singers growl?

Death-growling is a complicated process, because let’s face it, you can really fuck up your throat doing it incorrectly. The basic gist is that you'll want to use your diaphragm to push strong blasts of air from deep inside of you, and tighten your throat. Your growl depends on your voice and comfort zone – some can be high, some can be low – but what really matters is that you scream from your diaphragm, not your throat.

8Why do death metal singers growl?

Because it sounds fucking badass.

9What is brutal death metal?

10What is technical death metal?

If you take brutal death metal and increase the technicality and tone down the hatred, you'll get technical death metal. Music from the sub-genre can sound like a musical blizzard, with band members – especially guitarists and drummers – showing off their speed and music theory chops throughout the songs. 'Tech death' as it’s known is even harder to listen to for many, but the good bands have an ability to make even the most elaborate songs sound catchy.

11What is melodic death metal?

Melodic death metal, or melodeath, is all about melody, and as such, is catchy as fuck. The genre’s signature is riffs that get stuck in your head for days and galloping rhythm that feels made for headbanging. The genre was truly born in Sweden, where bands like Entombed and Dismember wrote harsh death metal with incredible hooks and catchy-as-hell riffs. It later infected the U.S., spawning both modern death metal bands like The Black Dahlia Murder and metalcore bands like Killswitch Engage, who used melodeath riffs with screamo overtones to create their own genre. Meanwhile, in Sweden it just got more and more palatable, resulting in basically mainstream melodeath bands like Arch Enemy and In Flames.

It primarily concerns the loss of human life and what happens to the body afterwards.

13Is death metal bad for you?

14What’s the difference between death metal and black metal?

15What’s the difference between death metal and deathcore?

This is harder to discern, but the basic distinction is in the rhythm and tone. Deathcore is focused heavily on the breakdowns and viciousness of hardcore, coupled with the lumbering power of brutal technical death metal, often called “slam” (see: Dying Fetus). The result is music that, while full of growling and “pig-squealing” vocals (what it says on the label), is a bit more lumbering and outwardly hostile, and has less of the classic heavy metal fantasy and acrobatics of the genre’s more classically-oriented bands.

No more than horror movies or professional wrestling. Death metal is an examination in the corporeal, horrific and aggressive aspects of life. Its makers are usually reasonable people who want to create art. If you think that a death metal song "made" you become violent, chances are that violence was inside of you all along, and would’ve been exorcised at some point – even if you’d listened to Kenny Loggins.

17Why are death metal logos so hard to read?

These days, that outsider status is displayed in logos that are barely legible as words. The idea is that if you know the band, you instantly recognise their tomato-sauce-farted-on-a-brick-wall logo. And if you don’t… you’re a fucking poser, dude.

Above: The logo for Taiwanese slam-death band Guttural Corpora Cavernosa. Can you see the words yet?

No. Goth is generally its own thing.

Though, death metal can be gothy! Goth death metal does exist in the form of bands like Paradise Lost and Akercocke, whose music revels in sadness and old-school indulgence. Meanwhile, death doom, a merging of – you guessed it – death and doom metal, has a certain yearning and sorrow that goth music embodies. But goth, like black metal, is steeped in dramatic emotion, and often lies separate from death metal.

We assume this question is not really about goth, but goths, and is basically asking if your kid who wears all-black and spiked bracelets is a goth or a death metal fan. The answer is, maybe both? People can like two things.

19Why is death metal so popular in Scandinavia?

Admittedly, we're not Scandinavian, but it would seem that transgressive and shocking art is often most popular in reserved, regimented cultures. Countries like Norway and Sweden are famous for being kind of… nice. As such, the people therein see death metal as an outlet for the many more violent or intense emotions and thoughts they have that society doesn’t normally allow. That would also explain why the music is so popular in Germany, Japan and America.

Fuck, we hope not!